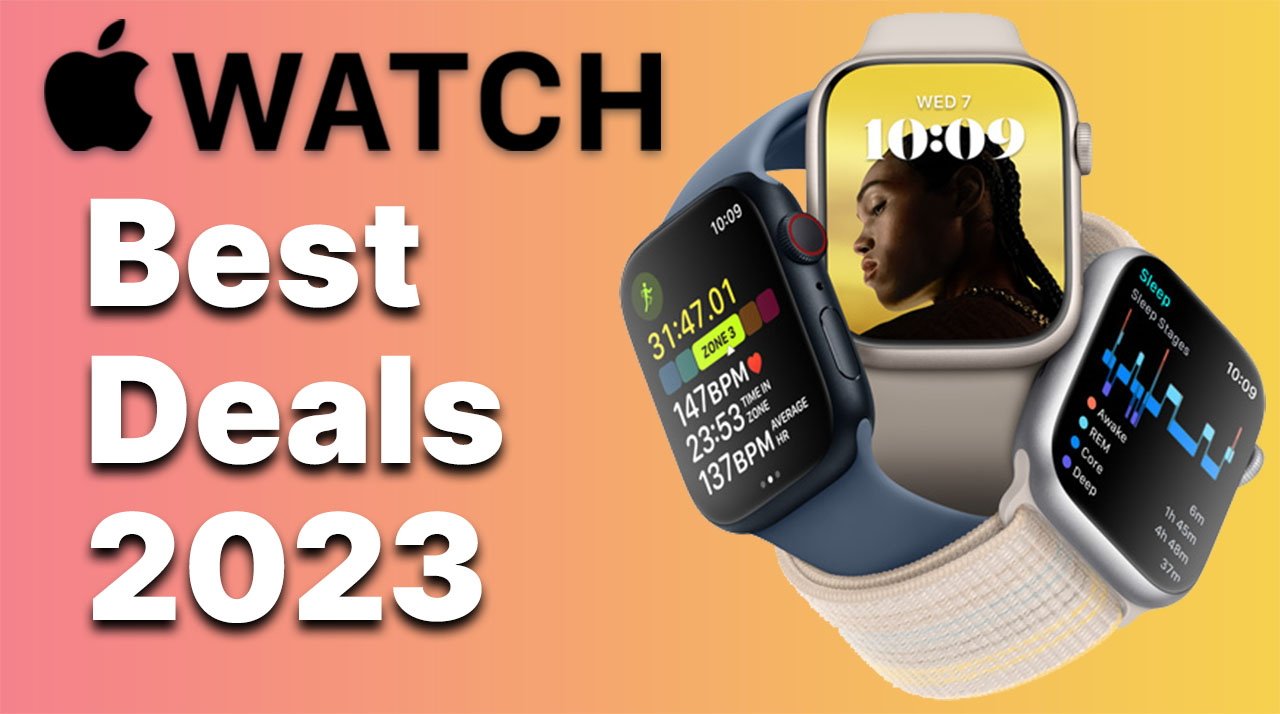 Apple Watch deals are plentiful this September, with fall sales knocking up to $150 off current Series 6 and SE models.

● Track the cheapest Apple Watch prices
● Save with exclusive coupons
● Buyers Guide: Which model is right for you?

Apple Watch styles are carried at a wide variety of resellers, from Amazon and B&H Photo, to Adorama and Best Buy. Each retailer offers its own set of perks, from free shipping to special financing incentives, such as 5% off with the Adorama Edge Card, so it pays to shop around to find the lowest prices on your favorite styles.

The AppleInsider Apple Watch Price Guide tracks the top discounts on multiple generations, from the Series 3, which starts at $199 (retail), to the current Apple Watch Series 6 and Apple Watch SE. Double-digit and triple-digit savings are in effect this September, with discounts up to $120 off. 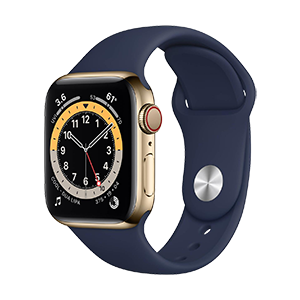 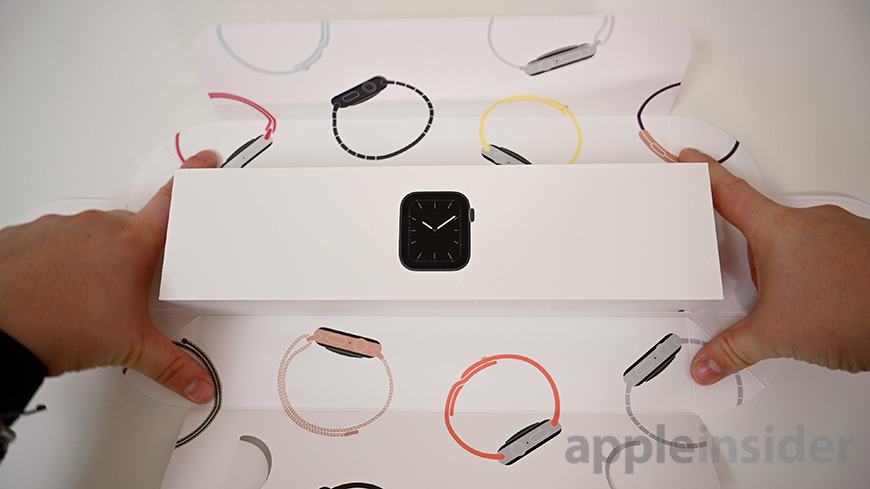 Apple Watch sales are going on now, even on the latest models

There are a number of coupon deals going on now on Watch hardware and accessories. Here's a roundup of the best promo code offers:

Choosing the best Apple Watch for you

There are a variety of factors that go into finding the perfect watch to fit your needs. Budget of course is paramount, but existing Watch users with last year's model can also be left wondering if it's worth upgrading. We're breaking down what each generation offers so you can make the best choice based on your individual circumstances. 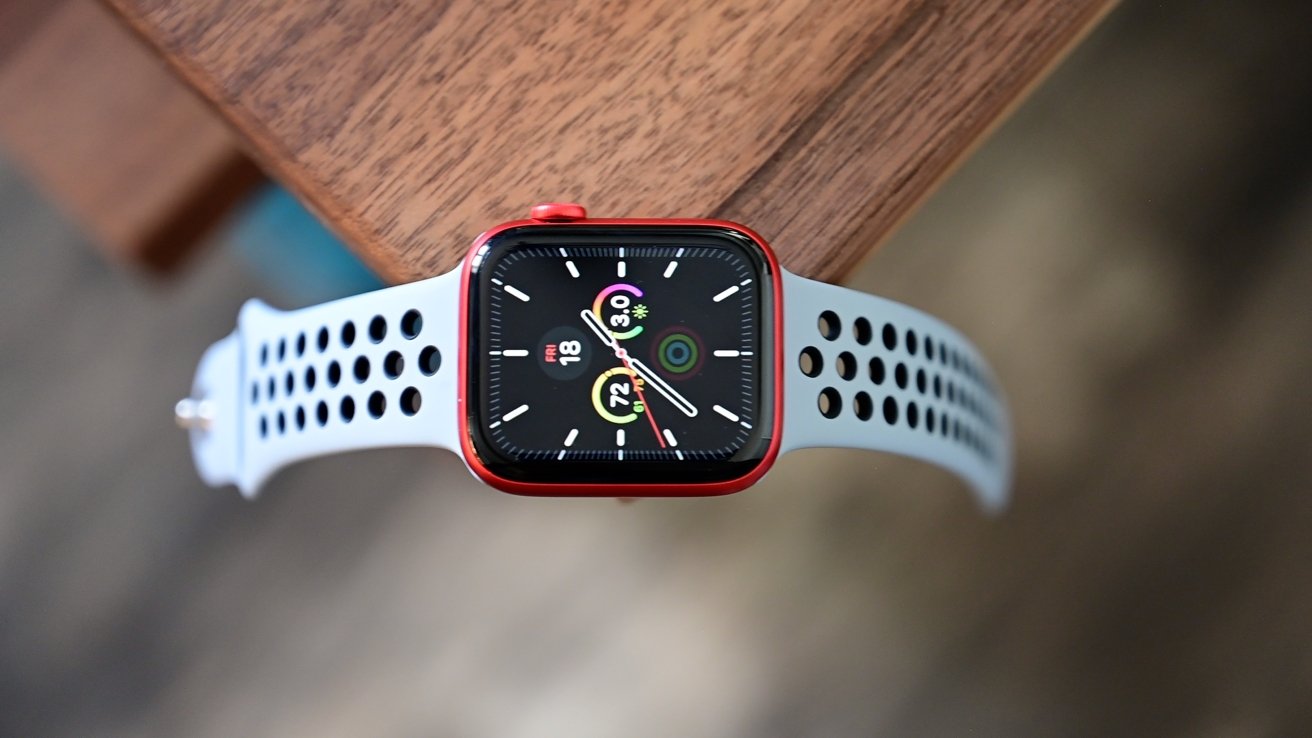 The Series 6 adds a brighter always-on display and a blood oxygen sensor. The S6 processor increases the speed of every interaction and brings better battery management.

This is the first Apple Watch with the U1 chip, which means it can be used for CarKey and other UWB functions in the future. It also includes an always-on altimeter to better track health metrics in a variety of situations and workouts.

Beyond those updates, this is a similar watch to the Apple Watch Series 5. Users may not feel the need to jump up a single generation unless the health features are of particular interest.

There are new color options for the aluminum model including PRODUCT(RED) and blue, and a new stainless steel color called graphite. Apple Watch Series 6 prices start at $399 and can be maxed out at $1,499. 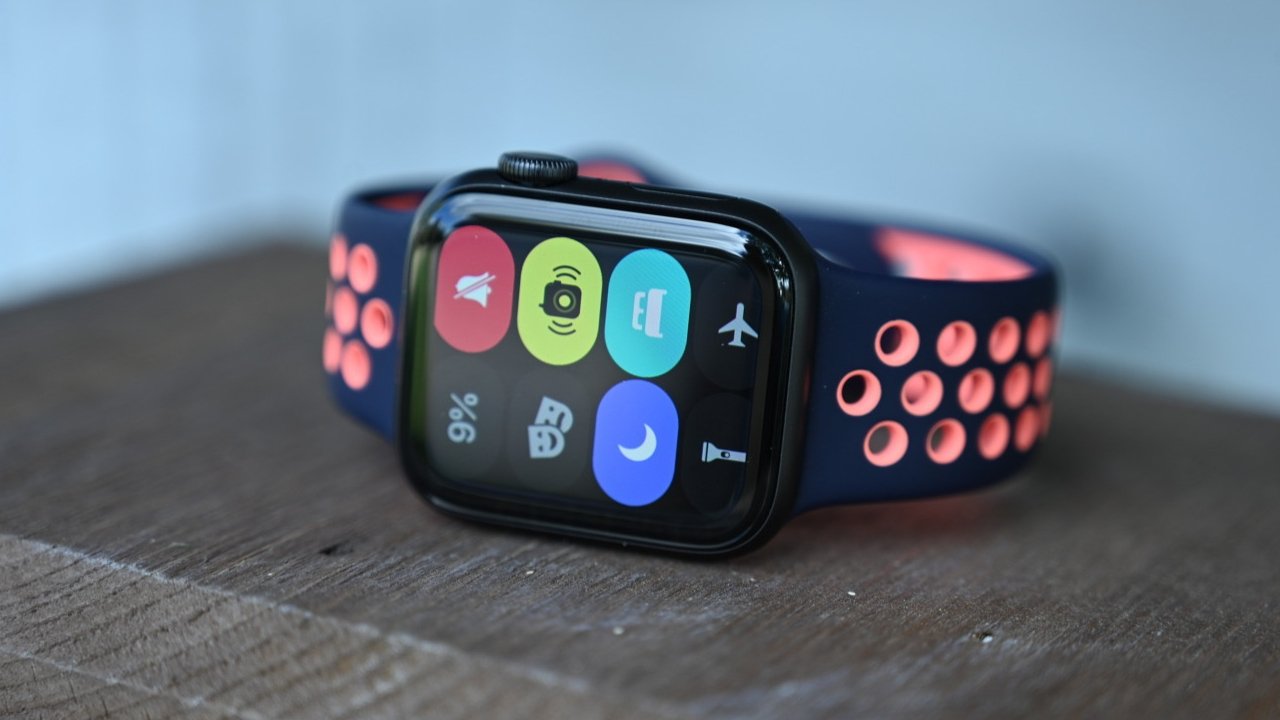 Apple Watch SE is a budget-friendly option for kids

The Apple Watch SE is a new variation of the Watch product line. It exists outside of the standard "Series" lineup with a focus on balancing price with features. It is only available in aluminum with space gray, silver, and gold color options.

Apple pitched this device as a modern Apple Watch with family-focused features at a price that is more approachable. The SE is available for $279 for the 40mm option and $309 for the 44mm option. 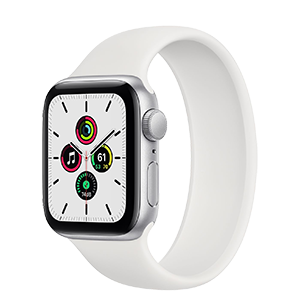 The Apple Watch Series 5 features a variety of updates compared to the Series 4. Most noteworthy is the introduction of the Always-On Retina display, allowing users to see the time on their watch face without having to lift one's wrist or tap the screen.

Running watchOS 6, the Series 5 also includes a built-in compass and additional internal storage (32GB versus 16GB found in previous models). Health capabilities include the ability to generate an ECG, check your heart rate and alert you to rising noise levels that may impact your hearing with the Noise app.

Cosmetically, Apple also introduced titanium as a new case material for the Series 5, with aluminum, stainless steel and ceramic options also available. Retail prices for the Apple Watch 5 started at $399 and maxed out at $1,749, but closeout deals are periodically available. 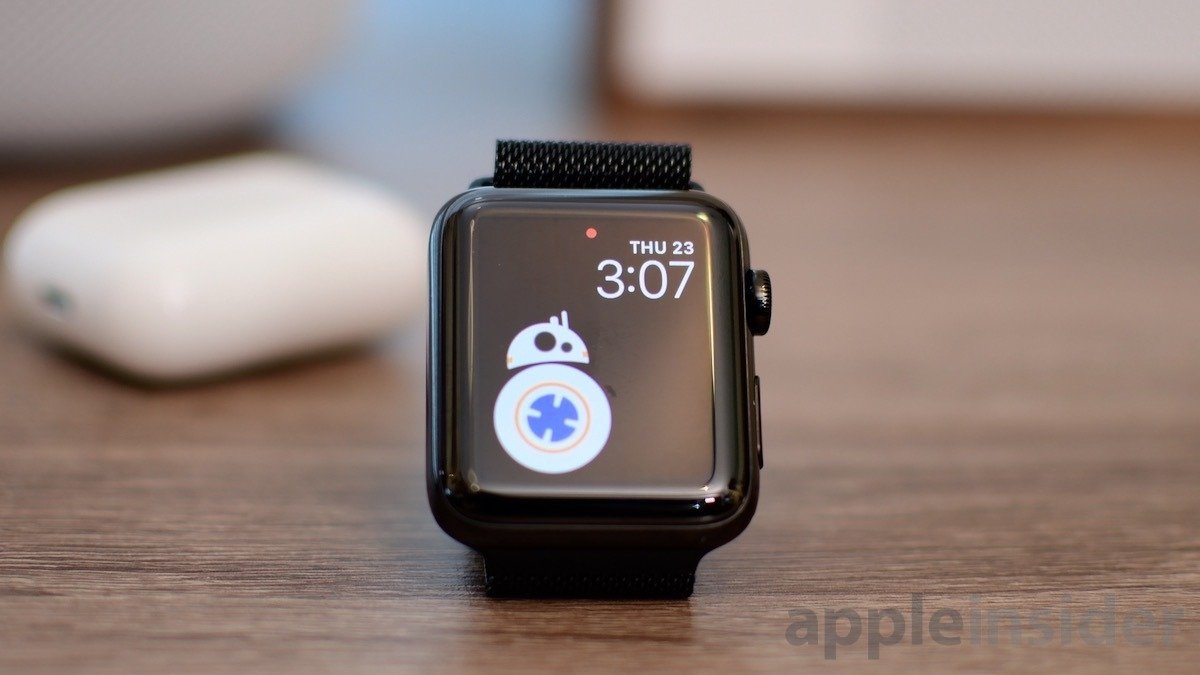 Apple still sells the Series 3, but it may not be the best option for some users

Those looking to enter the Apple ecosystem or want to adhere to a strict budget can still get a robust watch in the Series 3. Although retail prices start at $199 and $229 for the 38mm and 42mm versions respectively, bargain hunters can often snap up discounts at Apple resellers. It pays to check out the AppleInsider Price Guides for the latest markdowns.

In terms of hardware, each Apple Watch Series 3 is equipped with an optical heart sensor and dual-core S3 processor. GPS models have a composite case back, while GPS + Cellular styles have a ceramic and sapphire crystal back.

The OLED Retina display offers 1000 nits of brightness with Forch Touch capability, and the case measures 11.4mm thick. Bluetooth 4.2 is supported in the Series 3 (a step back from Bluetooth 5.0 found in the Series 5) with 802.11b/g/n 2.4GHz Wi-Fi support. Battery life is rated at up to 18 hours thanks to a built-in rechargeable lithium-ion battery.

Customers seeking the cheapest possible Apple Watch won't care much for extra bells and whistles. The Apple Watch Series 3 has all of the basic features of the later models, but lacks improved battery life and better display.

Apple Watch sales are often plentiful around seasonal holidays, with retailers discounting current and closeout models due to the popularity of the device as a holiday gift.

Black Friday 2020 discounts offered up to $250 off the closeout Series 5, while the Series 6, which was newly released at the time, was up to $50 off.

Be sure to bookmark this page for Black Friday 2021 promotions as we approach November 26 to ensure you're scoring the best Apple Watch deals available. Expect additional markdowns on Series 6 models, especially if the Series 7 is introduced this month. 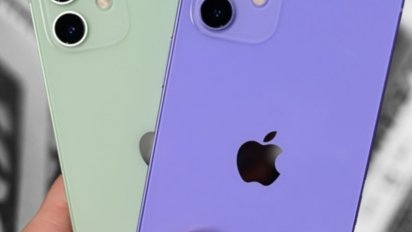 Sell your used Apple device, get a 10% cash bonus ahead of the iPhone 13

Sell your used Apple device, get a 10% cash bonus ahead of the iPhone 13

Lock in the best trade-in value for your used iPhone now that the iPhone 13 has been announced.
By Christine McKee | 2 days ago 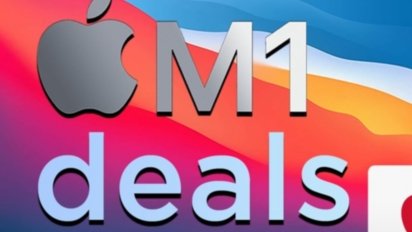 The September 14 Apple Event is almost here and early event deals are already underway. Grab an exclusive discount on Apple's M1 MacBook Air with 16GB of memory and a 512GB SSD. Add AppleCare and save another $40.
By Christine McKee | 2 days ago 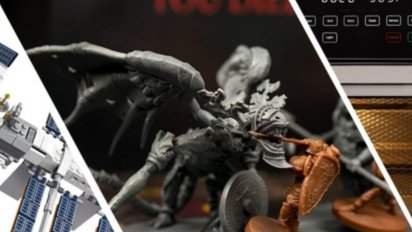 Saturday's best deals include $49 off Dark Souls: The Board Game, the Lego ISS for $56, $45 off the Instant Vortex Pro Air Fryer Oven, and more!
By Malcolm Owen | 5 days ago 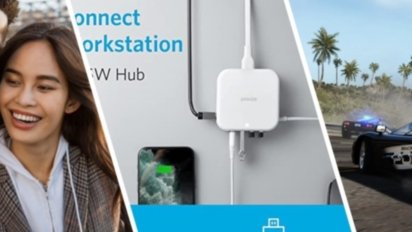 Friday's best deals include $190 off Roborock Vacuum and Mop, Free Disney+ with Amazon Music, 60% off Uno Premium Anniversary Edition, and more!
By Daniel Hipskind | 6 days ago 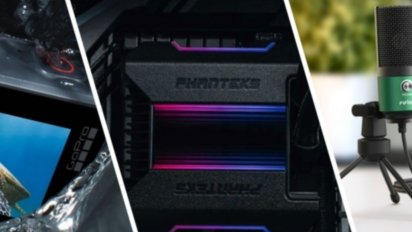 Thursday's best deals include up to 40% off Anker charging products, $5 off Fifine Gaming Microphone, almost $139 off GoPro Hero7, and more!
By Daniel Hipskind | 1 week ago 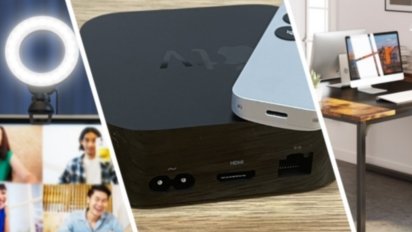 Wednesday's best deals include $234 off Cricut Maker Machine bundle, $6 Karate Kid 3-Film Bundle Collection, up to 35% off Hisense TVs, and more!
By Daniel Hipskind | 1 week ago 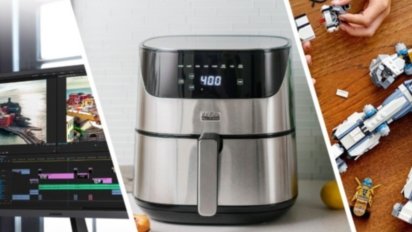 Tuesday's best deals include 50% off a Millennium Falcon Wireless Charger, $340 off the Anycubic Photon Mono X Resin 3D Printer, $100 off Coway Air Purifier, and more!
By Daniel Hipskind | 1 week ago 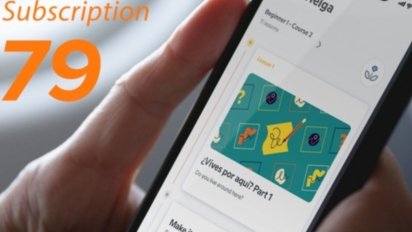 The lowest price on record has returned, with the Babbel lifetime subscription discounted to $179 for a limited time only. Included is access to 14 languages with lifetime updates — all for $320 off.
By Christine McKee | 1 week ago 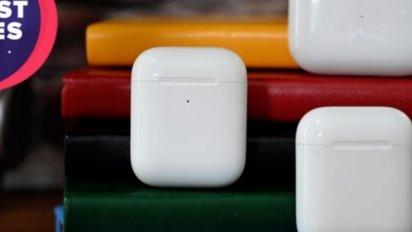 Just in: AirPods prices slashed to as low as $99 for Labor Day

Just in: AirPods prices slashed to as low as $99 for Labor Day

Amazon has issued fresh price cuts on AirPods and AirPods Pro for Labor Day, resulting in the season's cheapest prices.
By Christine McKee | 1 week ago 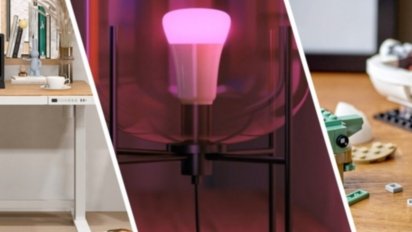