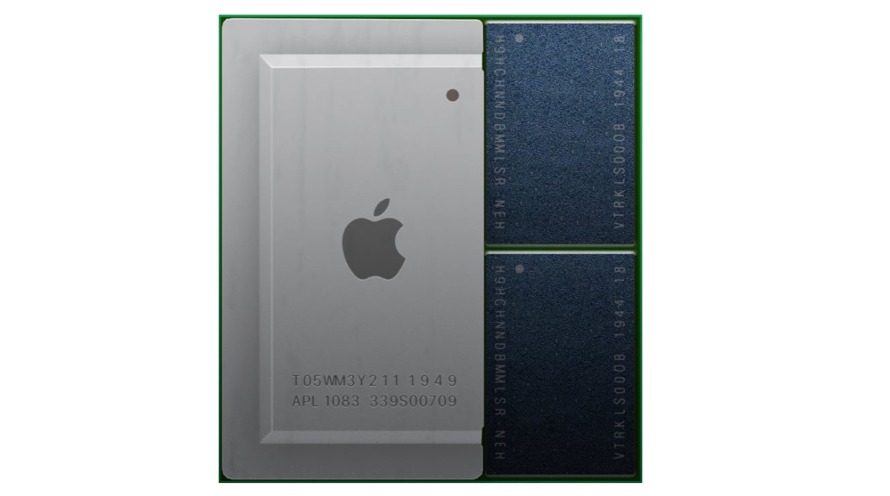 The A12Z Bionic is Apple's third offering in the A12 series of System-on-Chips designed by the company. From its origins of being a mobile-centric processor, the A12Z has become important to the future of the company, with it being the first A-series chip to be used as the processor in a Mac.

First revealed in the 2020 version of the iPad Pro, the A12Z Bionic is Apple's latest A-series processor. As a system-on-chip, it is more than just a processor, as it handles graphical duties as part of its architecture and processing.

It is a 64-bit ARM-based chip designed by Apple and features eight computing cores in a big.LITTLE configuration. This consists of four Vortex cores as the “big” performance-focused cores, alongside four high-efficiency Tempest cores that conserve power. At its fastest, it has a maximum clock speed of 2.49GHz.

Onboard, it has 128KB of L1 cache for instructions, 128KB for data, and an 8-megabyte L2 cache. The cache level remains unchanged since the introduction of the A12. 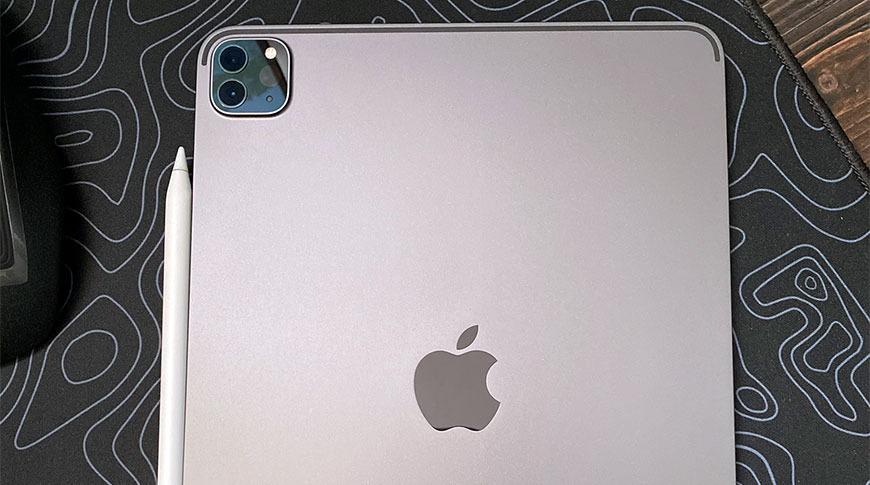 Graphics processing is performed by a collection of eight GPU cores, the highest number offered on an A-series chip. An embedded M12 coprocessor is also included, which is used to collect and process sensor data, reducing the central processing unit's workload.

Dedicated neural network elements in the chip power Apple's Neural Engine, which consists of eight cores and can perform up to 5 trillion 8-bit operations per second. The Neural Engine is used to power the machine learning functions and advanced computationally-intensive features of apps.

TSMC, a long-time partner of Apple, manufactures the A12Z under contract, using its 7-nanometer process. For the iPad Pro, it also had 6 gigabytes of memory installed on the SoC.

At the time of the iPad Pro launch, Apple claimed the A12Z had the “highest performance ever in an iPad,” thanks to the extra GPU, as well as an enhanced thermal architecture and tuned performance controllers.

At WWDC 2020, Apple confirmed it was moving its Macs away from Intel processors in favor of Apple Silicon, utilizing its own chip designs. The move will start with the first Macs using Apple Silicon launching before the end of 2020, with Apple anticipating a full transition to Apple Silicon within two years.

To assist with its development, Apple revealed it would provide developers with a Developer Transition Kit. This consists of a Mac mini enclosure with altered components that offers a way to natively test software in macOS Big Sur without relying on emulation or needing to use the Rosetta 2 translation software. 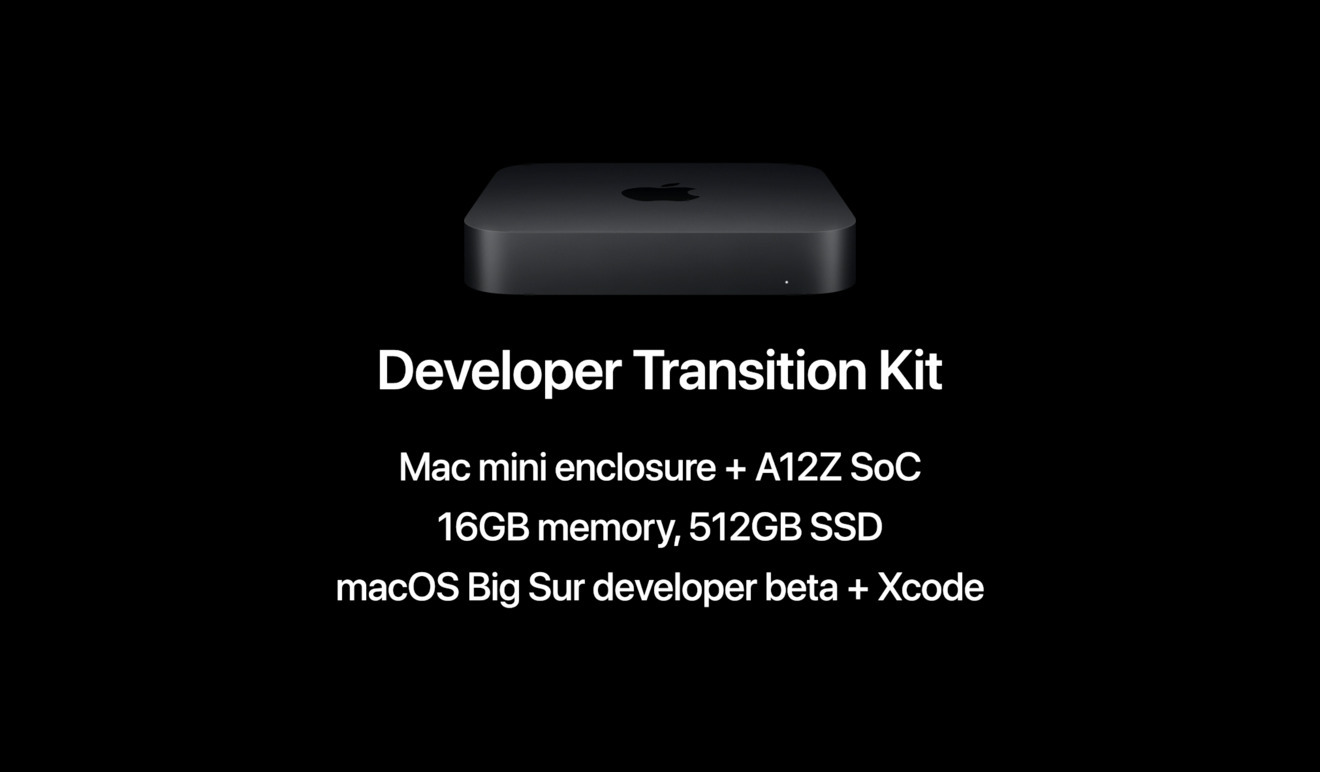 As a stand-in for Apple Silicon, Apple uses the A12Z as the SoC in the Developer Transition Kit. As an ARM-based chip, it will be an effective analog for developers to use before consumer-grade Macs with Apple Silicon are sold.

Rather than 6 gigabytes of memory, Apple will use 16 gigabytes in the DTK. It is unclear if it will be memory on the SoC itself or held separately elsewhere on the motherboard.

The release of the Developer Transition Kit will make the A12Z the first Apple-designed SoC to be used as a processor in a Mac, albeit not a consumer-facing model.

The A12Z is the third in a series of A12-series chips, starting with the A12 in the iPhone XS, iPhone XS Max, and iPhone XR. At the time, it consisted of a six-core GPU that combined two Vortex cores with four Tempest cores, as well as a four-core GPU.

The A12X followed in the 2018 iPad Pro, created as an upgraded version of the A12 intended for the work-focused tablets. Apple kept the chip design largely the same, but increased the CPU core counts to eight, consisting of four Vortex and four Tempest cores.

At the same time, Apple increased the number of GPU cores the A12X used, from four to seven cores. Other elements of the chip's design remained the same.

The introduction of the A12Z brought with it controversy, in the form of rebinning claims. Initial benchmarks for the chip suggested that its main processing performance was similar to that of the A12X, while its GPU was better by virtue of the extra GPU core.

Analysis of the A12Z and A12X chips revealed that the two chips are almost identical, with Apple reusing the same design with identical CPU and memory configurations. Rather than adding an extra core, Apple was reactivating a core that was deactivated in the A12X. 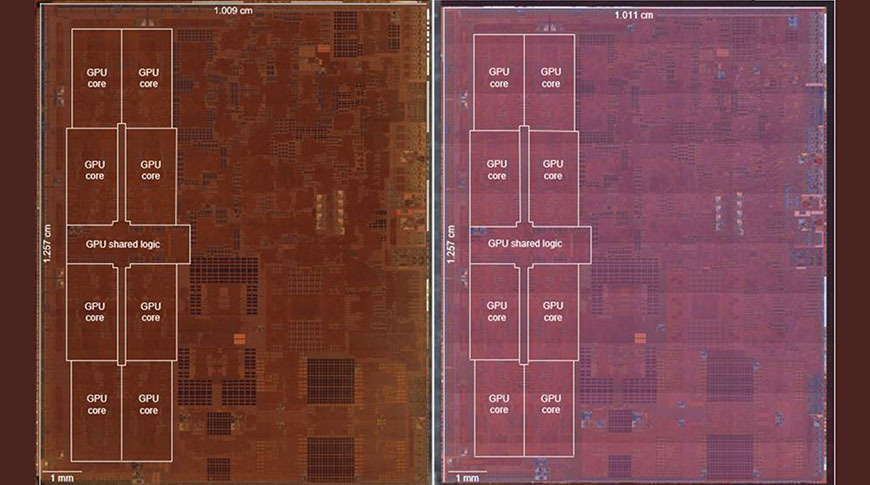 Chip binning is a process where a chip manufacturer may disable cores and frame a more capable chip as a lesser version, such as in selling a processor with four physical cores as a dual-core chip by deactivating two of the cores. Typically, the process is performed in cases where a core is faulty during its manufacture.

In Apple's case, it supplied the A12X with eight physical GPU cores, but with seven activated, with the eighth either disabled because of an issue or because seven other cores were deemed to be fine.

While the reasons for selling unbinned chips as the A12Z remain undisclosed, Apple is likely benefiting from higher processor yields. So, it eliminated the need for binning the chip due to lower losses.

Review: 2020 iPad Pro is more about future software than the hardware gains today