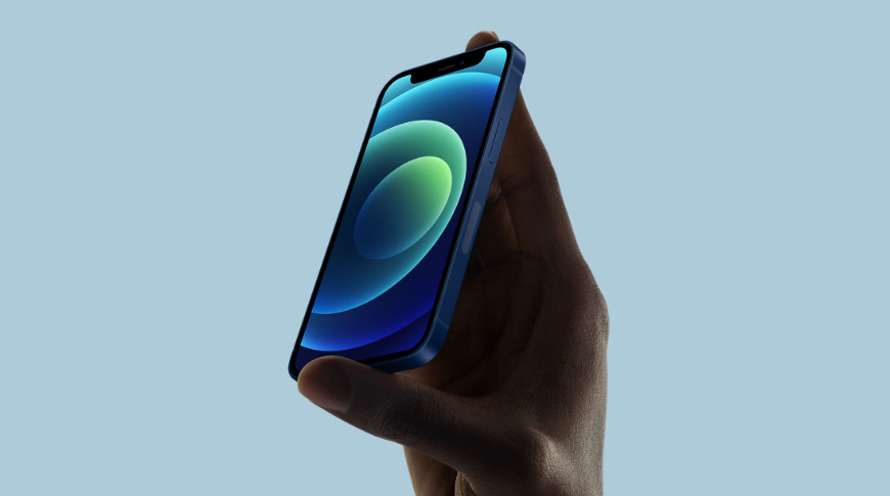 The iPhone 12 mini is the smallest of four iPhone models Apple revealed in its October 2020 "Hi, Speed" event. It has a 5.4-inch Super Retina XDR display, the A14 Bionic processor, and a dual-camera system.

Apple launched the iPhone 12 mini as the smallest of four distinct models at its October 13 "Hi, Speed" event. The new iPhones differentiate themselves with screen size, camera technology, and materials. The smaller of the two non-pro models, the iPhone 12 mini has a 5.4-inch Super Retina XDR OLED display with a dual-camera system and 5G connectivity.

The iPhone 12 mini was announced on October 13 and went up for pre-order on November 6. It replaces the old iPhone 11, with a smaller display at 5.4-inches compared to the iPhone 11's 6.1-inch display. It's also larger than the current iPhone SE's 4.7-inch screen, with a similar footprint to that device.

Apart from screen size, the iPhone 12 mini is effectively the same as the iPhone 12. It has flat sides, instead of the rounded sides found on recent flagship iPhones. It continues to made of glass and aluminum.

Some analysts believe the new design and 5G may cause another iPhone 6-like super cycle of demand. 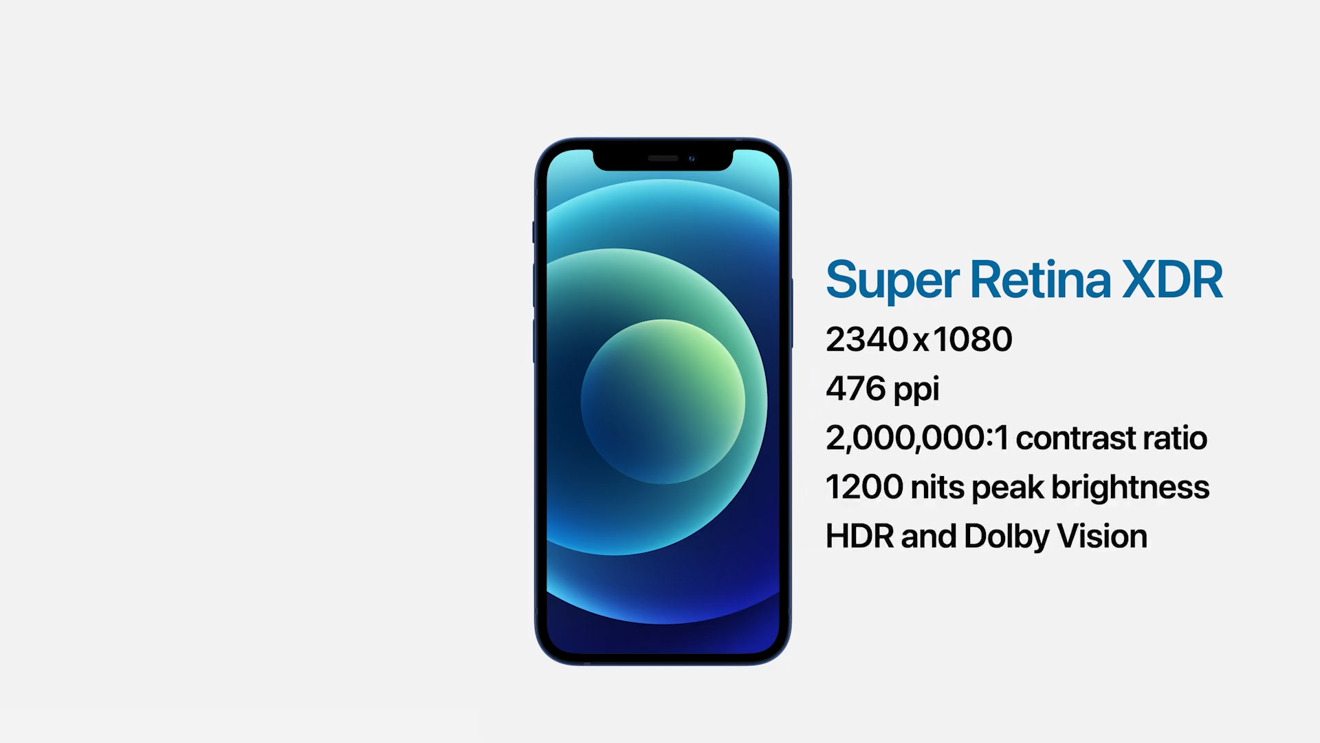 Spec and feature highlights of the iPhone 12 mini

There are four models in the fall 2020 lineup, and two will occupy the iPhone 12 space for the first time. The iPhone 12 mini has a 5.4-inch OLED display with a dual-camera system. The iPhone 12 is a 6.1-inch model that replaces the current iPhone 11.

"[The] iPhone 12 mini has the exact same features as iPhone 12," said Kaiann Drance, vice president, iPhone Product Marketing. "In fact, iPhone 12 mini is the smallest thinnest and lightest 5G phone in the world, with its large screen and compact size."

"[It] fits in the palm of your hand while still keeping the expansive edge-to-edge Super Retina XDR display," she continued. "It's smaller and lighter than our 4.7 inch models like iPhone 8, but with a larger 5.4 inch display that lets you see so much more with its compact size."

After three years of using the iPhone X design, Apple changed some characteristics of its entire lineup this fall. While it has the same edge-to-edge screen with a notch, an old design paradigm returned in the iPhone 12 mini and other models by making the sides flat rather than rounded-off. Apple first used this in the iPhone 4, refined it in the iPhone 5, and last utilized it in the original iPhone SE. The flat edges give the new iPhones a distinctive yet classic look and feel.

The 2020 iPhones have flat sides similar to the iPhone 4. The 2018 iPad Pro was the first product line to revisit the flat-sided design. The iPad Air 4 followed in its 2020 refresh, so Apple seems to be pushing its entire device lineup to the same design language. 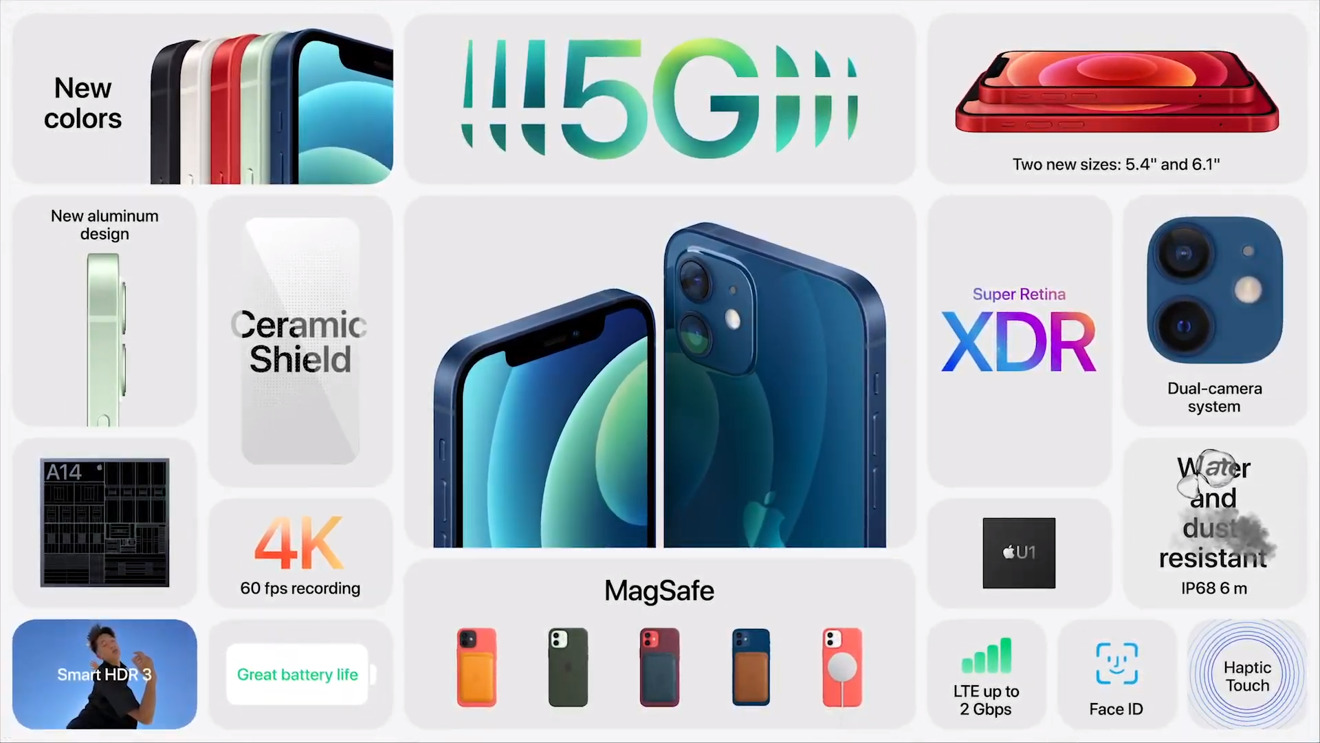 A feature collage of the iPhone 12 mini

The smaller iPhone 12 mini is 5.4 inches. The addition of a smaller screen size might appeal to those looking for something with Face ID in a much smaller package.

The iPhone 12 mini is available in blue, green, black, white, and (Product)Red.

All four models have OLED screens this year, with the non-pro models, including the iPhone 12 mini, receiving cheaper displays. Apple is expected to use lower-quality display types to maintain budget pricing while moving to thinner Y-Octa type displays for the premium range.

Apart from some small updates to its processing engine, the rear camera system on the iPhone 12 mini is relatively the same as that of the iPhone 11.

All four of the new models will be able to shoot in Dolby Vision, a kind of HDR used in filmmaking. 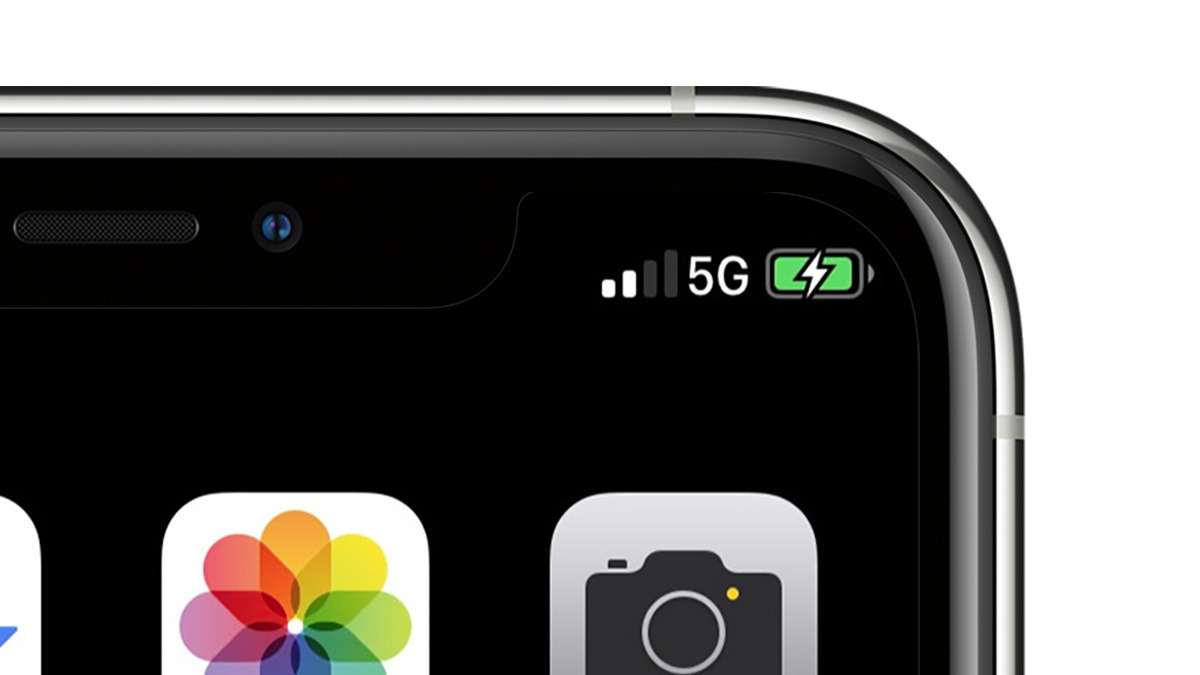 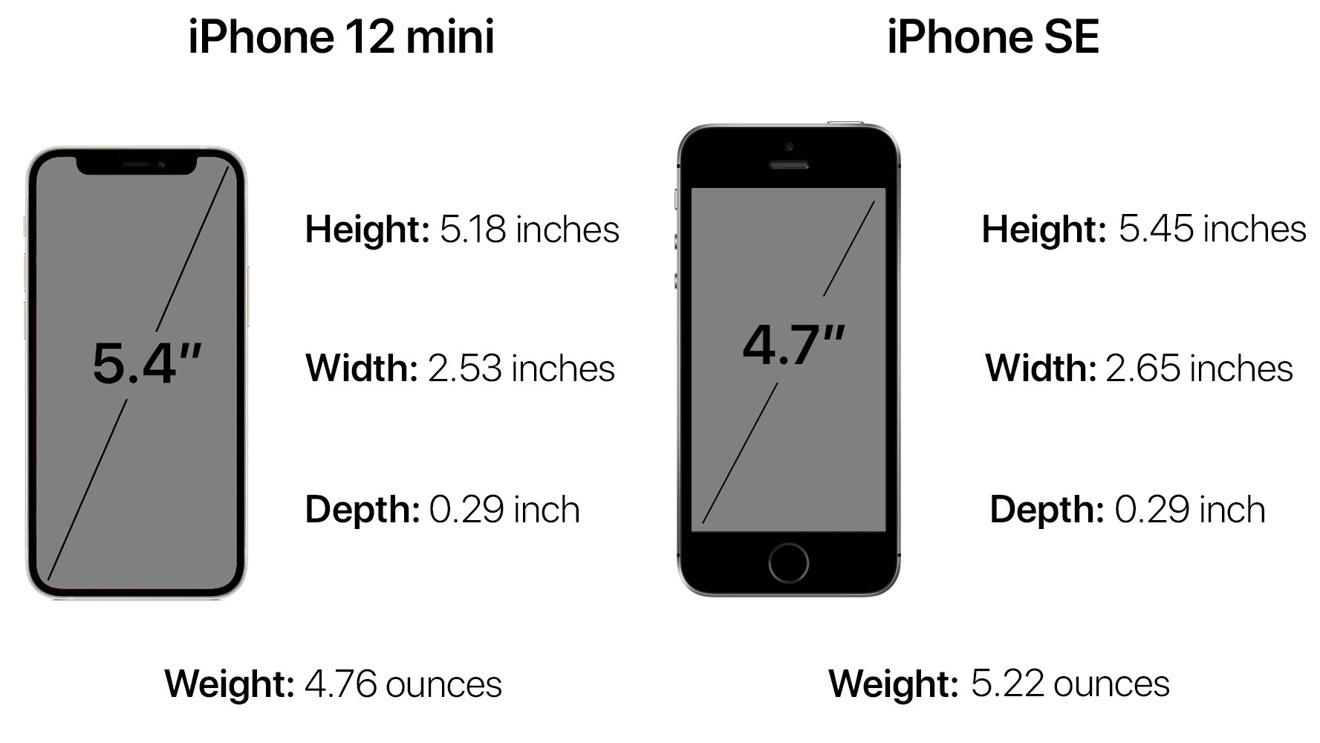 The iPhone 12 mini vs. the iPhone SE

However, the iPhone 12 mini has a much bigger display and higher-end internals.

The iPhone 12 mini has an OLED screen, an aluminum frame, and a dual-camera system for an entry price of $699.

Is the iPhone 12 mini waterproof?

All iPhone 12 models have a rating of IP68 under IEC standard 60529. They're rated for a maximum submersion of 6 meters deep for up to 30 minutes. However, Apple's warranty does not cover water damage.

Will the iPhone 12 mini ship with a charger?

Does the iPhone 12 mini have LiDAR?

No. LiDAR is is only available on the iPhone 12 Pro and iPhone 12 Pro Max. The technology is used for computational photography, significantly improving portrait mode, night mode, and other pro photo features.

How much does the iPhone 12 mini cost? 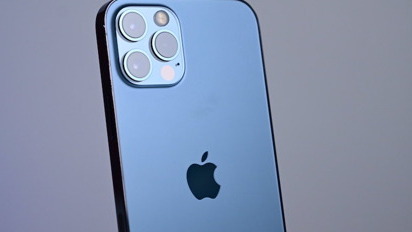 Investment bank Cowen is tracking even stronger demand for the iPhone 12 lineup and predicts Apple could have a blockbuster holiday quarter with nearly 80 million iPhones produced.
By Mike Peterson | 2 months ago
2 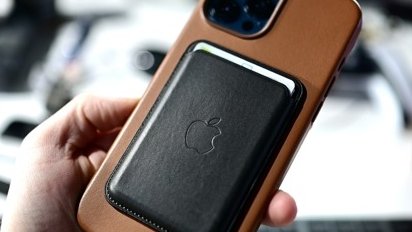 There has been much debate around Apple's MagSafe wallet for iPhone 12, but this reviewer thinks Apple has nailed it with its new accessory that perfects a difficult accessory category.
By Andrew O'Hara | 2 months ago
56 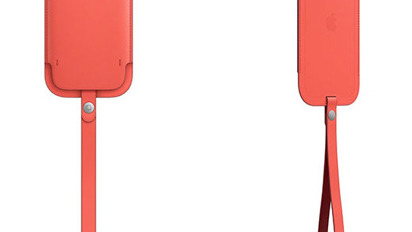 Apple releases Leather Sleeve with MagSafe for all iPhone 12 models

Apple releases Leather Sleeve with MagSafe for all iPhone 12 models

Apple on Friday quietly released the hotly anticipated Leather Sleeve with MagSafe support for all new iPhone 12 models, completing the rollout of a line of MagSafe accessories announced in October.
By AppleInsider Staff | 2 months ago
14 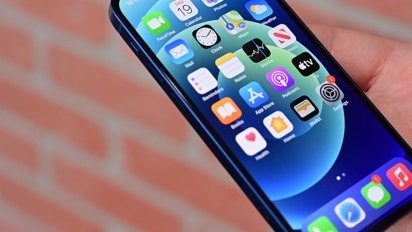 Apple's latest attempt at a compact device in the iPhone 12 mini has delivered as much of a flagship as the other, larger iPhones.
By Andrew O'Hara | 2 months ago
14 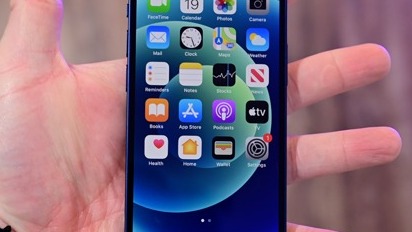 Apple's iPhone 12 mini has us questioning our larger phones

Apple's iPhone 12 mini has us questioning our larger phones

We've been testing our new iPhone 12 mini the past few days, and its combination of size and power definitely has us questioning our iPhone 12 Pro Max.
By Andrew O'Hara | 2 months ago
26 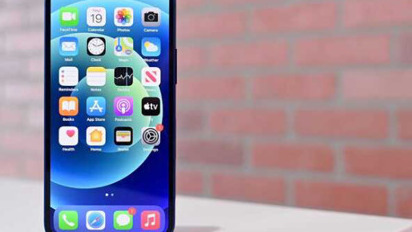 iOS 14.2.1 released with fixes for MMS and other bugs specific to iPhone 12 models

iOS 14.2.1 released with fixes for MMS and other bugs specific to iPhone 12 models 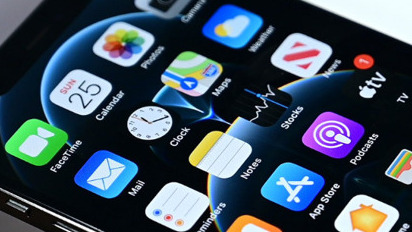 Apple on Wednesday pushed out a new version of iOS 14.2, seemingly targeting iPhone 12 series devices that have not yet already downloaded the operating system update.
By Mikey Campbell | 2 months ago
7 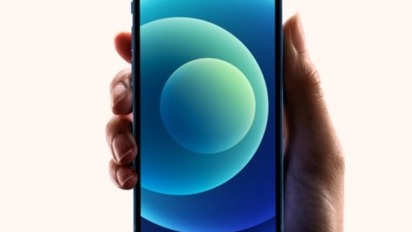 A number of iPhone 12 mini users are reporting issues with the touchscreen, with the smallest iPhone becoming unresponsive to touch input when it is inside a case and using a screen protector.
By Malcolm Owen | 2 months ago
19 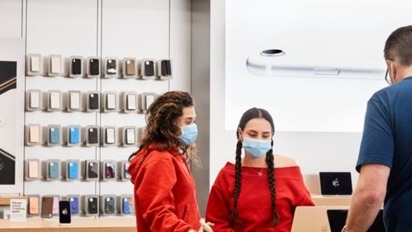 Apple has more new iPhone options at nearly every reasonable price band than it has before. Here's which iPhone you should consider acquiring, whatever your price level happens to be.
By Malcolm Owen | 2 months ago
7