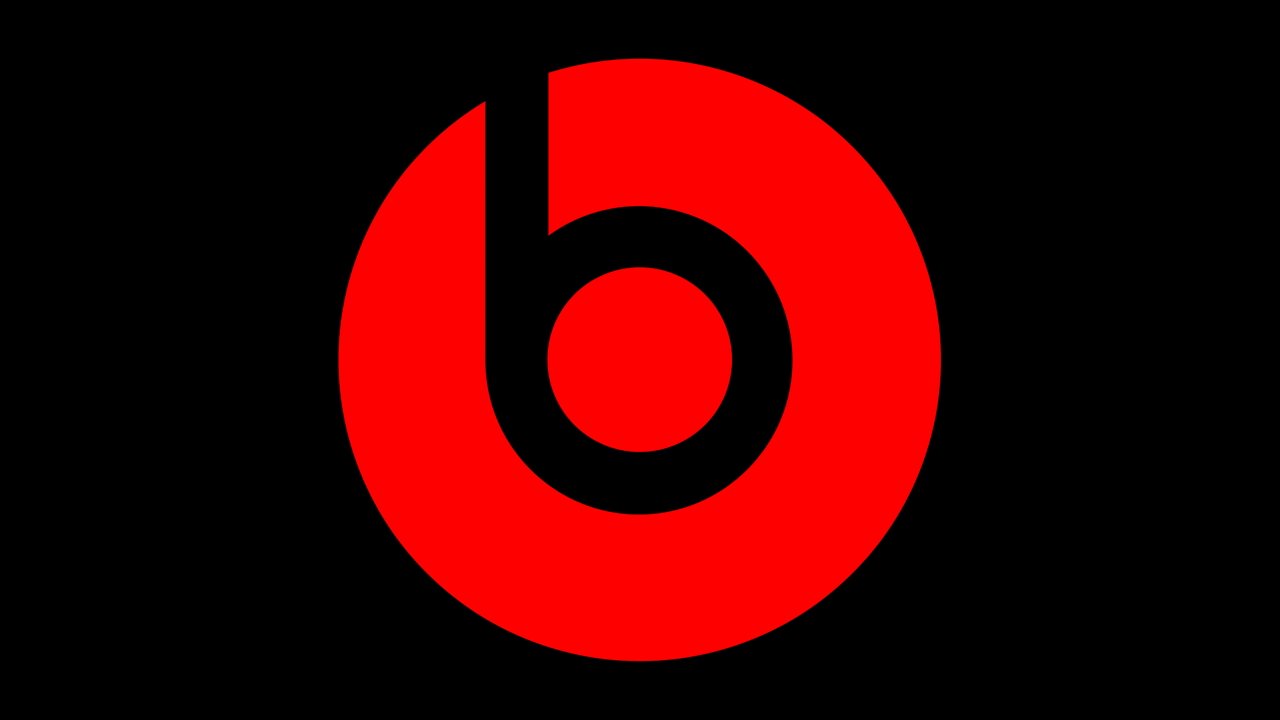 Dr. Dre and Jimmy Iovine founded Beats by Dre in 2006 to produce consumer headphones with a premium sound. The company went on to become one of the most popular audio brands in the world, create a music streaming service called Beats Music, and ultimately be purchased by Apple in 2014. Beats still operates its hardware brand mostly independent of Apple.

Beats by Dre headphones are well known for a bass-heavy reproduction of modern music with unique styles and designs. While Apple purchased the company in 2014 to absorb its fledgling music streaming service, Beats Music, the hardware portion was allowed to continue operation independent from the parent company.

There are a wide variety of headphones, earphones, and even a speaker produced by Beats. The more recent releases have benefitted from Apple technology like the W1 or H1 chipset and Lightning connectors. The signature sound of Beats headphones has seen some tweaking under Apple's care as well, but still features heavy bass at the forefront.

Unlike Apple's AirPods line, there's a variety of fits and colors across the Beats products for more universal appeal. Even as Apple introduces its new AirPods Max over-ear headphones, the Beats headphones can still have a place with their unique branding and style.

Find information about the latest Beats by Dre deals and discounts with the AppleInsider Price Guide.

The following features are shared by multiple models listed below:

Fast Fuel - quick charging feature that can provide up to 3 hours of additional listening time with just 5 minutes to 10 minutes of charge depending on the device.

Transparency Mode - An offset of ANC technology that uses the microphones to analyze external noise and determine which sounds to pass through to the listener. Used to make the listener aware of surroundings and eliminate the "clogged" feeling of sealed-off ears.

RemoteTalk - Beats products with attached cables have a microphone and volume rocker attached to the cable. The play/pause button allows for call control and Siri functions as well. 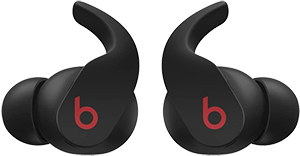 Powered by the Apple H1 chip, Beats Fit Pro offer up to seven hours of listening time and the choice between Fully adaptive Active Noise Cancelling (ANC) and Transparency modes.
Buy at B&H
Buy at Amazon
Buy at Expercom 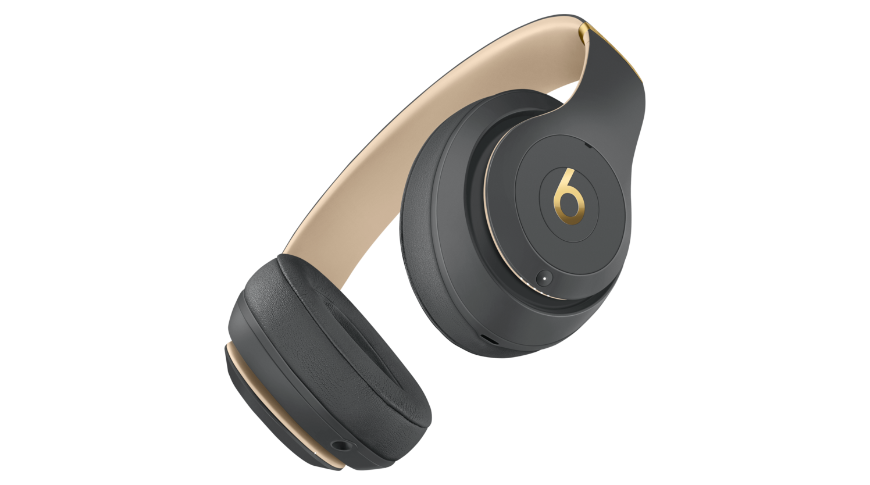 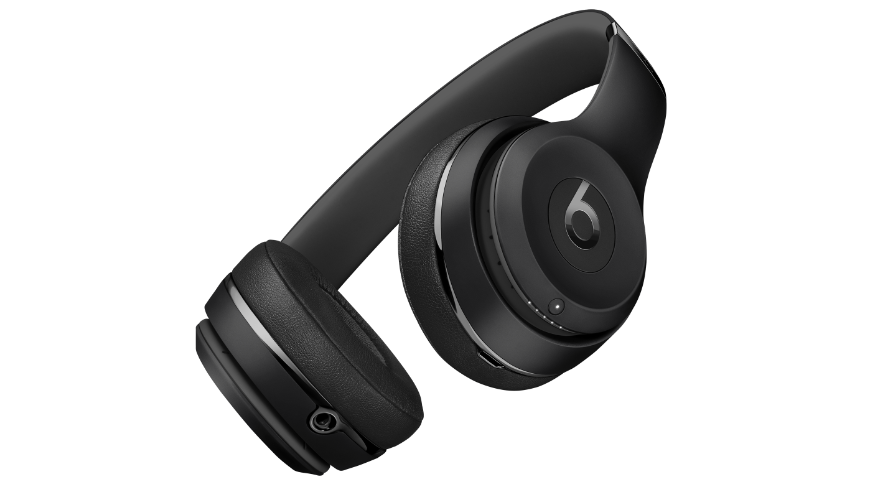 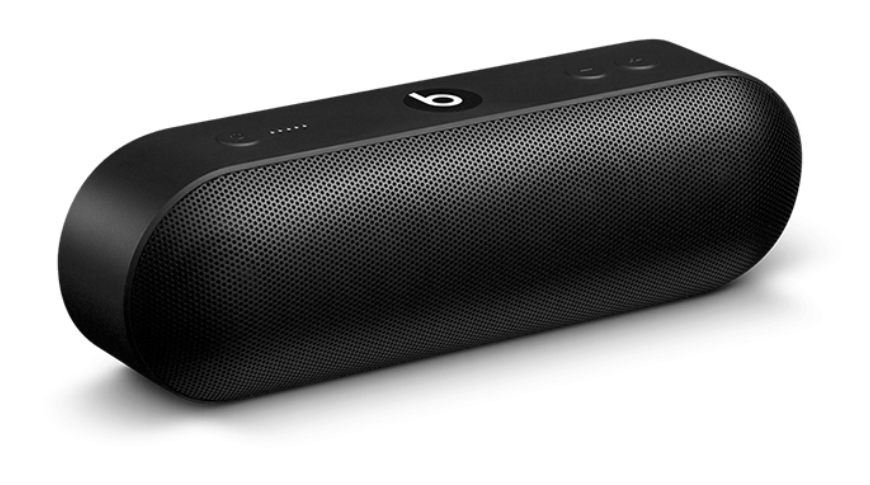 Apple revolutionized the music industry in 2001 with the introduction of the iPod, iTunes, and the ability to purchase music digitally. On top of that, customers could buy "singles" for the first time, rather than an entire album. These technologies helped push the music industry into the digital era. 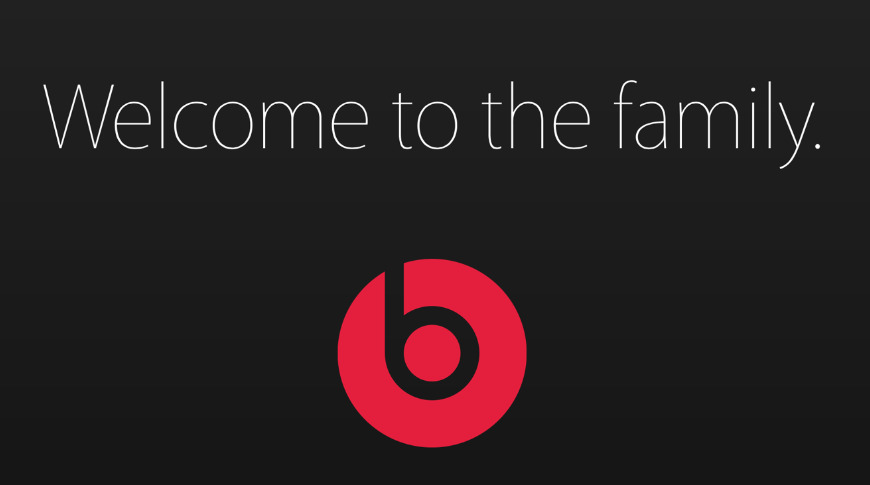 Apple welcomes Beats by Dre to the family

In 2006, Swedish startup Spotify moved to change the industry again with streaming music. The world had fully embraced the purchasing model of iTunes, and Apple was dominating the music scene— but then Spotify introduced the idea of subscribing to a service that allowed unlimited streaming of music rather than owning the songs individually. Other services like Pandora had already introduced the concept of free streaming stations with ads, but Spotify took this model further by giving users agency of choice rather than randomized stations.

The Spotify streaming app and service was officially launched in 2008 with a slow global rollout. The United States received Spotify in 2011.

The threat of the industry shifting to streaming was then on Apple's doorstep, and the company had to make moves to either take hold of premium purchases or enter the streaming market. Apple had done little publicly to show interest in streaming, introducing iTunes Radio as a Pandora-like service without ads, but little else was done.

By 2014, it was clear Apple had to make a move into streaming or be left behind as Spotify took over the music industry. Apple announced its intent to purchase Beats Electronics for $3 billion in May 2014.

Apple closed the deal in August 2014, making Jimmy Iovine and Dr. Dre employees at the company, absorbing the headphone brand and, most importantly, the Beats Music service.

In a breakdown of the deal from the Wall Street Journal, Apple paid about $500 million for Beats Music and $2.5 billion for Beats Electronics. The acquisition was the biggest in Apple's history, yet Apple likely recouped the cost quickly with the high-margin headphone business and new music service.

Beats Music was the streaming service developed by Beats by Dre with a focus on algorithmic curation. It emulated many of the features of Spotify with a large streaming library and some curated playlists. 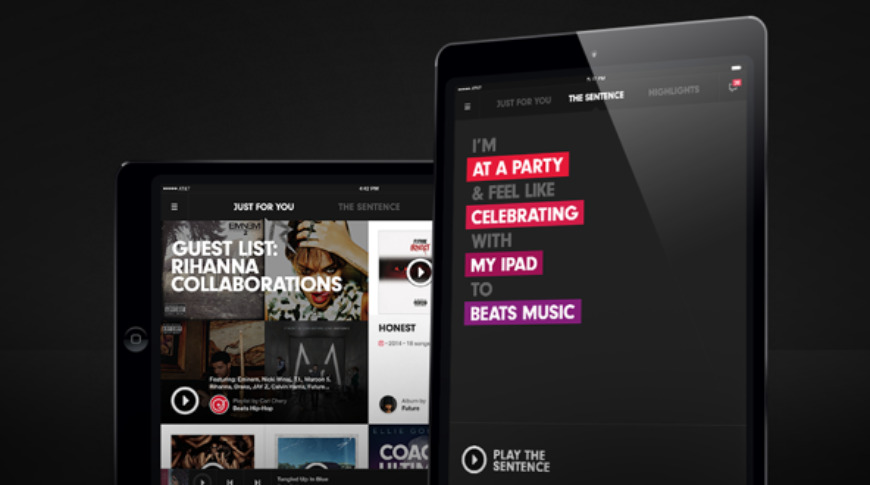 "The Sentence" gave users control over the music algorithm

A unique aspect of Beats Music was "The Sentence." This feature would let users create a sentence using predetermined values to generate a radio station algorithmically. No other streaming service has recreated this experience.

Another defining feature was Beats Music's onboarding, which asked users to select their favorite artists from a series of bubbles populating the screen. Apple maintained this feature in its streaming service.

Beats Music was available on Apple, Android, and Windows Phone platforms. Apple maintained the app until the launch of Apple Music in 2015.

The transition to Apple Music removed much of the whimsy found in Beats Music. The branding shifted to Apple's, with a notable exception: Beats 1 Radio.

The "always-on" radio station launched in July 2015 with live DJs playing curated music selections. While touted as a 24-hour radio station, it followed a 12-hour schedule that repeated halfway through the day. The global nature of the station, airing in over 100 countries, required this schedule so listeners could catch their favorite shows during the day in their locale.

Apple added shows over time, including popular artists and influencers. The Beats 1 brand was highly promoted within Apple Music for years after its launch. 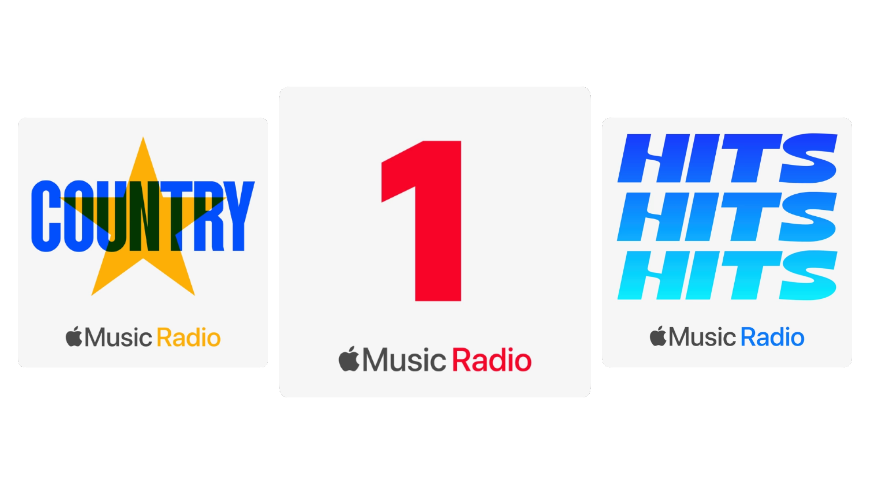 In 2020, Apple changed the branding of the radio station from Beats 1 to Apple Music 1. Alongside the brand change, Apple launched Apple Music Hits and Apple Music Country underneath the umbrella Apple Music Radio.

The End of Beats by Dre?

Apple has essentially eliminated the Beats brand from all of its software and services. The only thing that remains is the hardware brand that produces the devices mentioned above.

Industry analysts and writers have asked if Apple is ready to dump beats altogether. The AirPods line is evolving and will soon have four distinct products in the line capable of replacing the entire Beats lineup.

Apple announced its AirPods Max over-ear headphones in December 2020. They offer premium audio, Adaptive EQ, ANC, and other features that could eat into Beats sales, particularly Beats Studio3. However, AirPods Max cost $549, still leaving room for Beats Studio3 and other headphones to occupy the $350 and under price range.

A handful of Beats products have been discontinued since 2020, leaving only six products total in the current lineup. Beats Solo3 and Beats Studio3 are showing their age, and a lack of updates leave them stagnated. It isn't clear if Apple will continue their development, though new earbuds continue to roll out like the most recent release — Beats Fit Pro in November 2021.

The only issue with the idea behind Apple abandoning Beats by Dre is the non-Apple fans of the brand. Beats serve a large market of Windows and Android users, many of which still do not realize Apple owns the brand. Time will tell if Apple will end Beats, but the company has shown that it is not afraid to have its products compete among themselves. 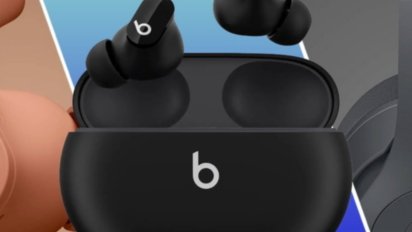 Deals: save up to 40% on Beats at Amazon today

Deals: save up to 40% on Beats at Amazon today

Beats earbuds and over-ear wireless headphones are on special today at Amazon, with prices as low as $57.
By Christine McKee | 3 weeks ago 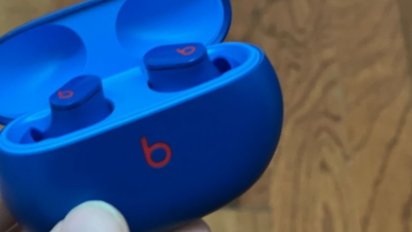 We've been using Beats Studio Buds for a long time alongside AirPods and AirPods Pro. Where they fit in the lineup isn't a simple question.
By Michael Stroup | 1 month ago
0 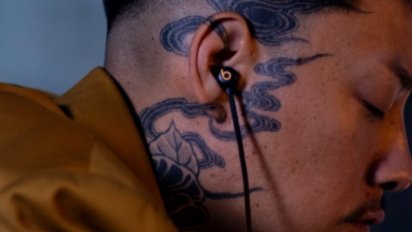 Apple's Beats Flex entry-level wireless earbuds will very soon be available in a limited leopard-print design made for Wacko Maria.
By William Gallagher | 1 month ago
0 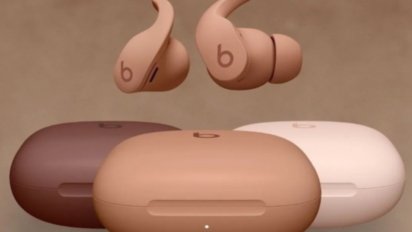 Amazon is offering between 10% and a startling 57% off the range of Beats devices — including Beats Fit Pro x Kim Kardashian, now on sale for $179.95.
By AppleInsider Staff | 2 months ago 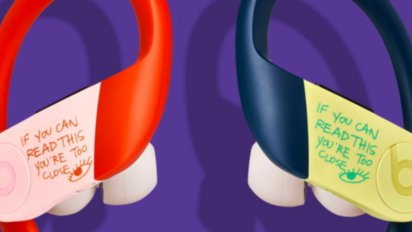 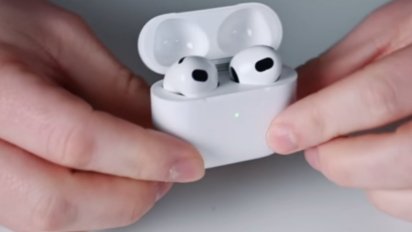 Apple's AirPods & Beats may be made in India soon

Apple's AirPods & Beats may be made in India soon

Apple is reportedly asking suppliers to move some AirPods and Beats earbuds manufacturing away from China, and to India.
By William Gallagher | 3 months ago
2 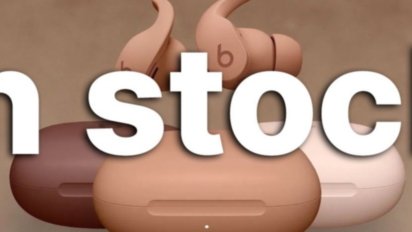 All three color choices in the new Beats Fit Pro x Kim Kardashian collection are in stock at Amazon, with delivery as soon as tomorrow.
By Christine McKee | 5 months ago 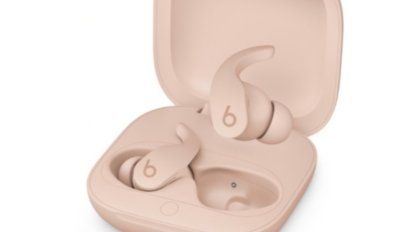 Kim Kardashian Beats edition sells out in US, most countries

Kim Kardashian Beats edition sells out in US, most countries

The Beats Fit Pro "Kim K" edition is no longer available in the US, though certain color configurations can still be bought internationally.
By William Gallagher | 5 months ago
10 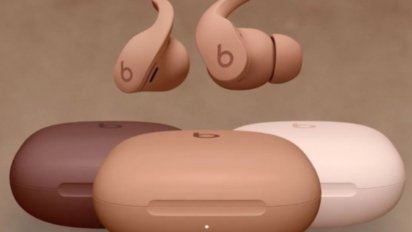 Apple's Beats by Dre subsidiary has teamed up with influencer and entrepreneur Kim Kardashian on a trio of Beats Fit Pro colors in a more neutral palette.
By Mike Peterson | 5 months ago
18 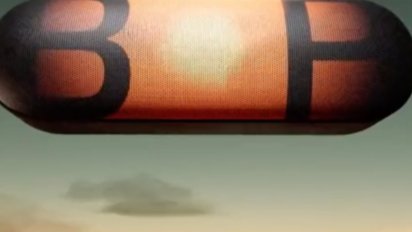 After being killed off by Apple at the start of 2022, the Beats Pill+ speaker has been brought back, as part of a partnership with Devin Booker and Book Projects.
By Malcolm Owen | 5 months ago
1