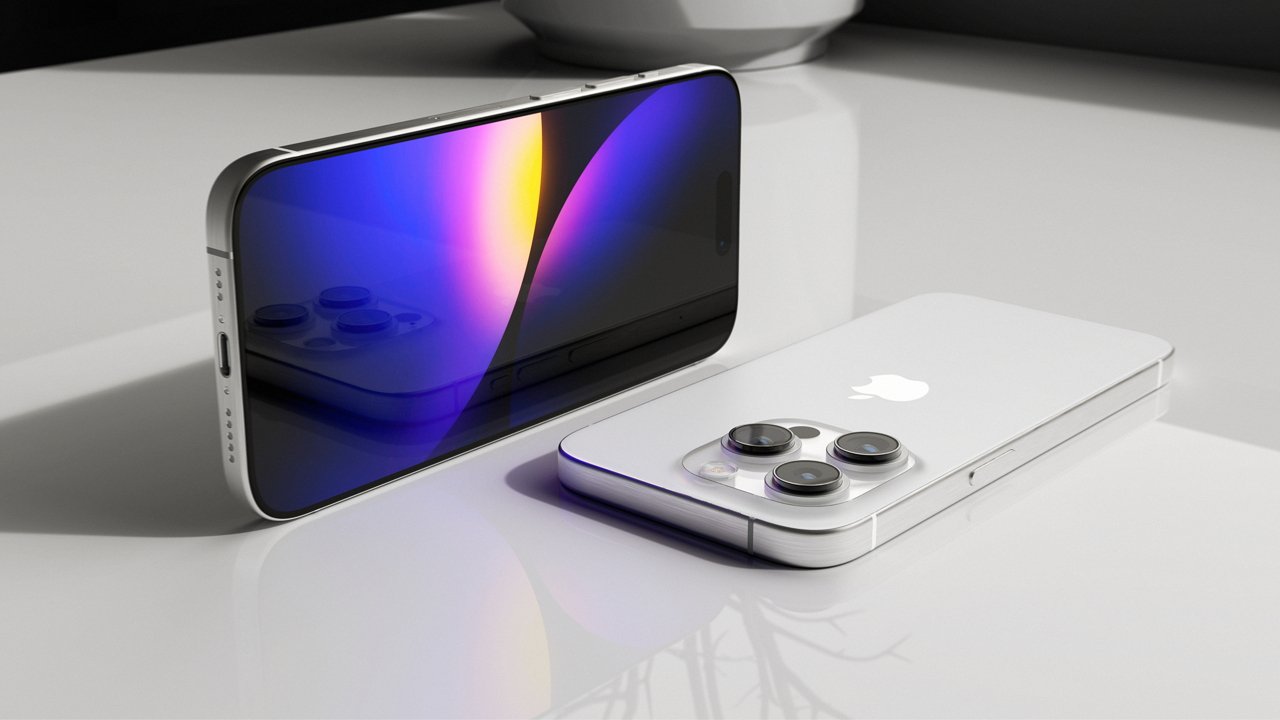 The "iPhone 15" won't launch until the fall of 2023, but rumors are already circulating about the future product. Since "iPhone 14" is expected to have significant design changes, the 2023 iPhone will likely look very similar with a few added features. For example, Apple could remove the Lightning port entirely or add an in-display fingerprint sensor.

Even though the supposed "iPhone 15" won't launch until late 2023, there are a number of hints about this device already surfacing. Publicly filed patent applications, early supply chain rumors, and features inferred from Apple's general product strategy can paint a somewhat clear picture of the future product.

Apple's naming conventions aren't easy to predict because the infamous "s" could pop up for any annual iPhone release. Apple called the 2021 device iPhone 13, and we've chosen to refer to the 2022 model as "iPhone 14." So, the 2023 iPhone will be referred to as "iPhone 15" until something more definitive arrives.

Alternatively, Apple could eschew numbers entirely in the coming years. The company's other product lines often go through name changes to address specific design alterations or other changes, so iPhone could see that occur eventually. Suggestions for alternate names include "iPhone Pro" or "iPhone (2023)" to simplify naming.

End of the Lightning Port 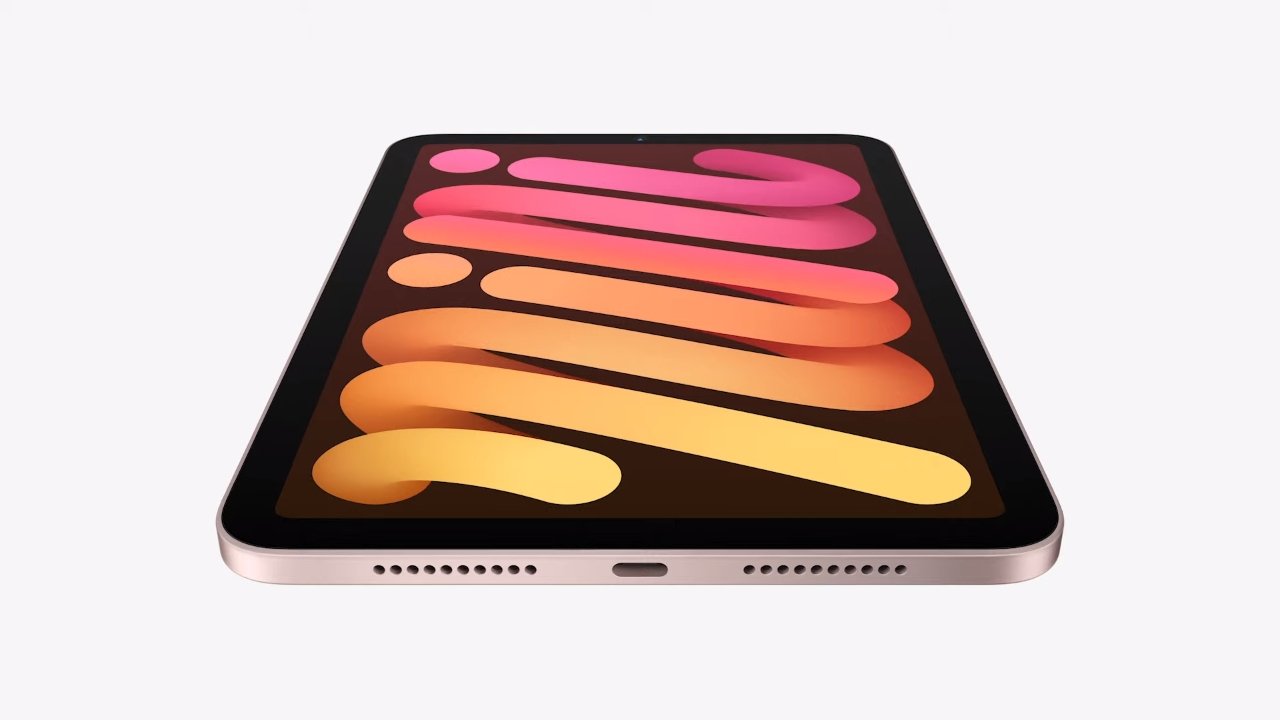 Even the iPad mini has USB-C while iPhone uses Lightning

Apple promised customers the Lightning port would last at least ten years before being replaced with another port. It was first introduced with the iPhone 5 in 2012, so naturally, the ten-year life span would end in 2022 with the "iPhone 14."

Some customers have urged Apple to move to USB-C in the iPhone since the connector has become more ubiquitous. On the other hand, the prevalence of Lightning connectors across Apple's product line makes such a shift difficult. The number of iPhone users with Lightning ports in their iPhones, iPads, and AirPods far outnumber Mac users with USB-C ports.

Apple is caught in another lose-lose situation for its PR team. Like when it transferred from the 30-pin connector, it will face heavy scrutiny from customers and regulators alike. Some locations haven't finished transitioning from the previous connector, with gyms and other businesses still using equipment with 30-pin connectors. The same will be true for a transition from Lightning.

The European Union is pushing legislation that will require smartphone manufacturers to adopt the USB-C port as a uniform connector. However, the two-year deadline for the requirement gives Apple enough time to perfect another option entirely — going portless. Rumors indicate that Apple will remove all ports from its iPhone lineup in the near future, and USB-C will never make it onto iPhone. 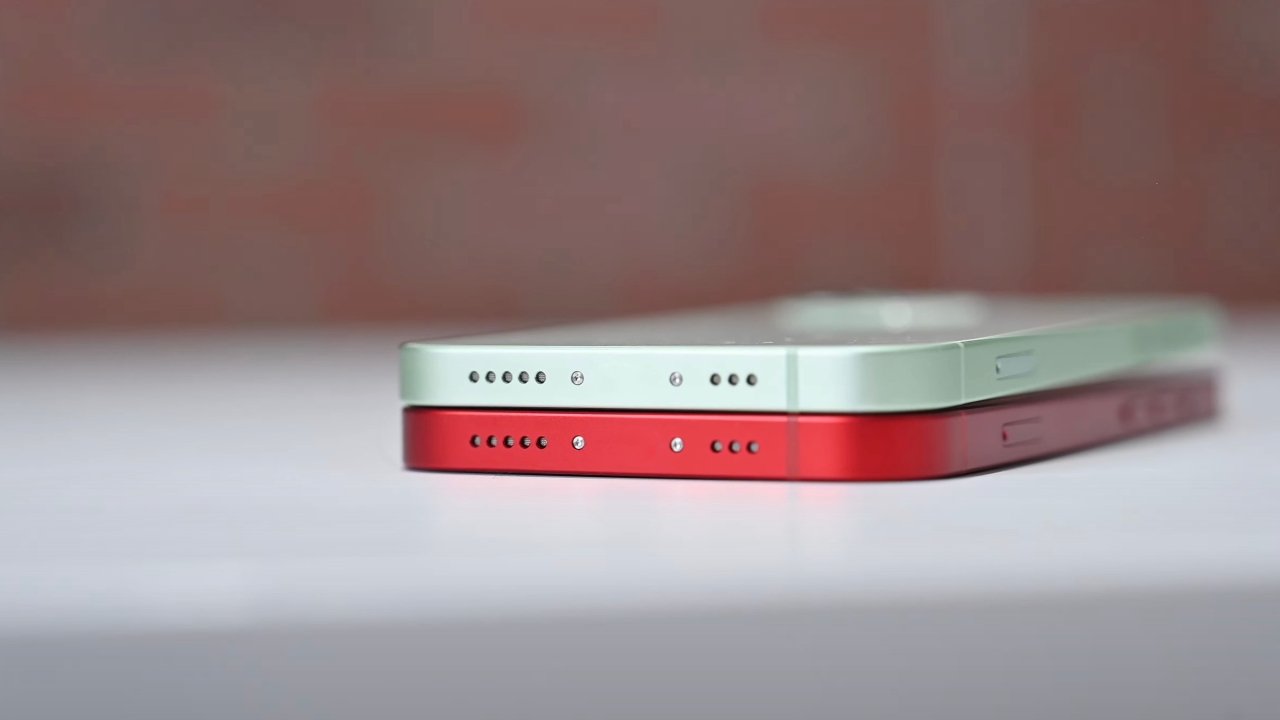 Apple could remove the Lightning port in the 'iPhone 15'

Since their inception, having a physical connector for transferring power and data has been a staple of portable electronics. Despite that, Apple may ditch the physical connector entirely in favor of alternatives like MagSafe charging, Qi charging, wireless data transfer, and smart connectors.

There aren't many apparent reasons why Apple would want to ditch a physical connector, but like the headphone jack before it, the company may be seeking more internal space for components. In addition, while a USB-C port can be waterproofed, having no connector at all would ensure improved water integrity.

For Apple to achieve a portless iPhone, it must first offer users suitable alternatives. The port is currently used for many accessories from SD card dongles to musical equipment for recording a song. Apple isn't likely to entirely remove such vital functionality from iPhone, though customers may have to pay for a new adapter.

Even Apple's own CarPlay uses the physical port to connect. Unfortunately, most modern vehicles don't come standard with wireless CarPlay, so again, Apple will have to address those customers. An obvious half-step solution would be to include a magnetic Smart Connector like on some iPad models. 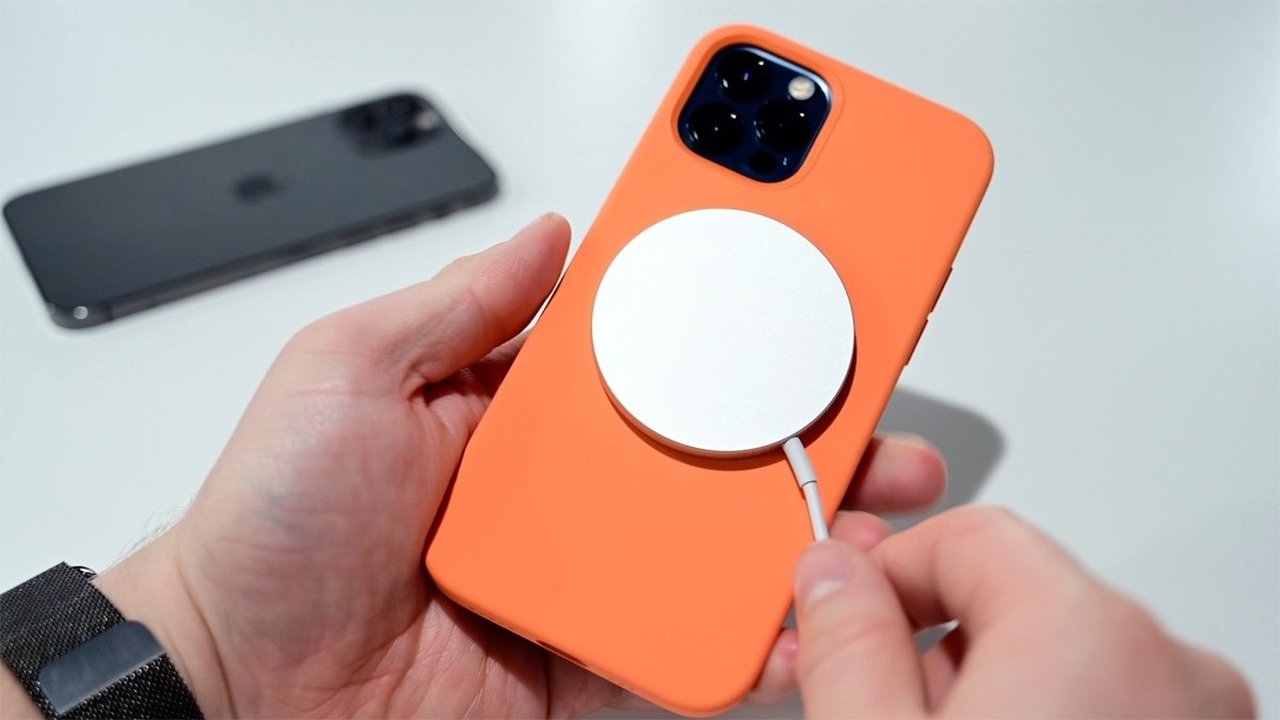 MagSafe could provide a data connection in the future

Rumors of a Smart Connector coming to iPhone have circulated since the connector's inception on the first iPad Pro in 2015. Although the three-prong connection supports some data transfer, it isn't suitable for large files or streams of information.

Apple's MagSafe accessory system for iPhone is another possible solution. Though the current iteration only supports power transfer on the iPhone 13, a future version could include some element of data transfer.

Of course, Apple could decide to leave behind legacy use cases and tout its multiple iPhone models that still sport the Lightning connector for legacy customers. Alternatively, by 2023, Bluetooth accessories, AirPlay, wireless data transfer, and other tools could be advanced enough to remove a physical connector. Although, there will always be a group adversely affected by such a move, like developers.

Whatever Apple does to tackle a portless iPhone, it is expected to be implemented in the "iPhone 15."

Touch ID was replaced by Face ID when Apple introduced the iPhone X. The reason for the move was to enable all-screen displays with no Home Button taking up prime real estate. Apple also said Face ID was much more secure than Touch ID, with a one million to one chance of a false positive unlock. 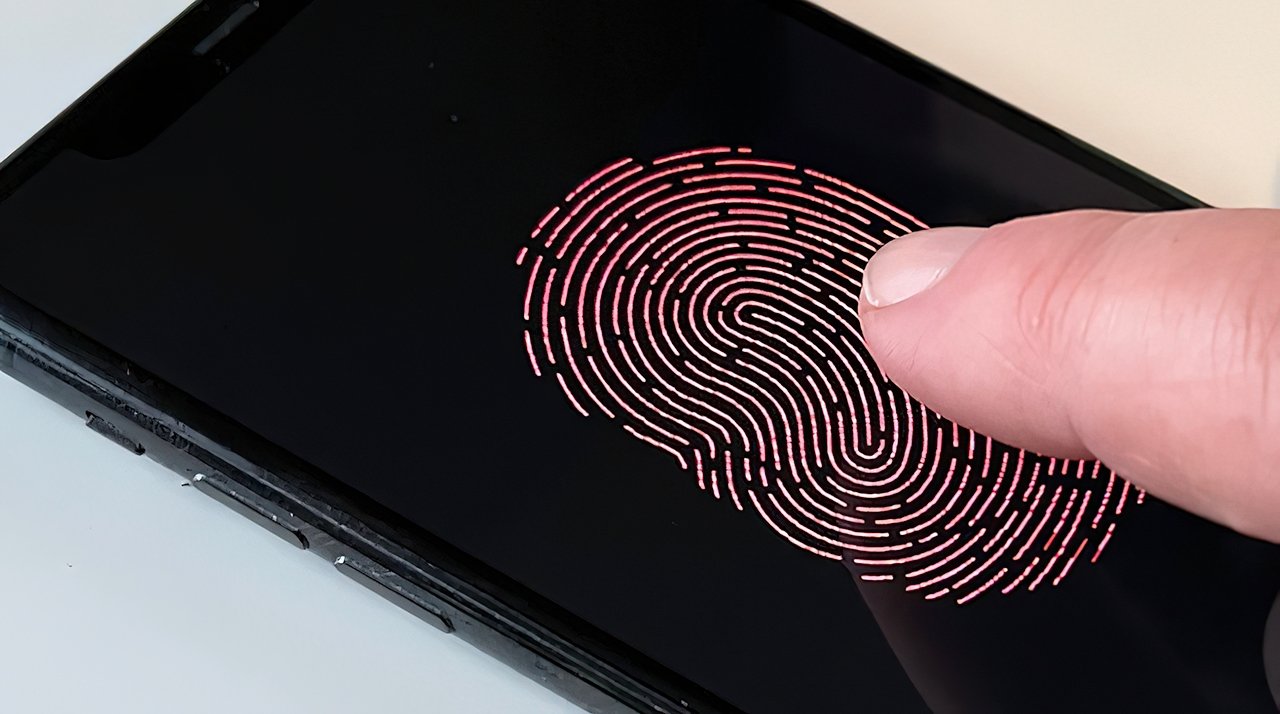 However, it wasn't a solution without its problems, as Face ID needed to see a user's eyes, nose, and mouth to unlock the device. This solved the problem with trying to unlock an iPhone with soiled fingers, but now users couldn't easily unlock their phones when covering their face for any reason.

When the pandemic struck, this created an unprecedented issue with Face ID as iPhone users around the globe donned masks. Users complained of the now-impeded unlocking process and demanded Apple bring back Touch ID as a solution.

Instead, Apple offered a compromise for Apple Watch owners. If Face ID detected the user was wearing a mask, it would verify if the Apple Watch was authenticated then unlock the iPhone. Of course, this solution applied only to Apple Watch wearers — a much smaller population than iPhone users.

Apple announced a new version of Touch ID for the iPad Air 4, and later the iPad mini 6, which moved Touch ID to the power button. This ramped up speculation that Apple would surely include Touch ID in the iPhone 13's power button, but to no avail.

Rumors and patents show that Apple has been working on a Touch ID solution for iPhone, but not in the power button. Analyst Ming-Chi Kuo believes that Apple will implement Touch ID under the display by 2023. The technology was originally targeted for "iPhone 14" but has been delayed to the "iPhone 15."

Android devices have used under-display fingerprint readers since at least 2018 to some success. But as with 120Hz display refresh, Apple likely wants the technology to be perfected before implementing it in their smartphone.

If Apple is to bring back Touch ID to its premium iPhone lineup, the earliest it could arrive is 2022, though Kuo says it is expected in 2023.

A new camera system could be used on the "iPhone 15" to enable more optical zoom. The iPhone could have a much longer zoom by utilizing a folding camera system within the device to put more space between the lens and the sensor. It isn't clear if this would replace Apple's existing Telephoto lens or add a fourth lens with this capability. 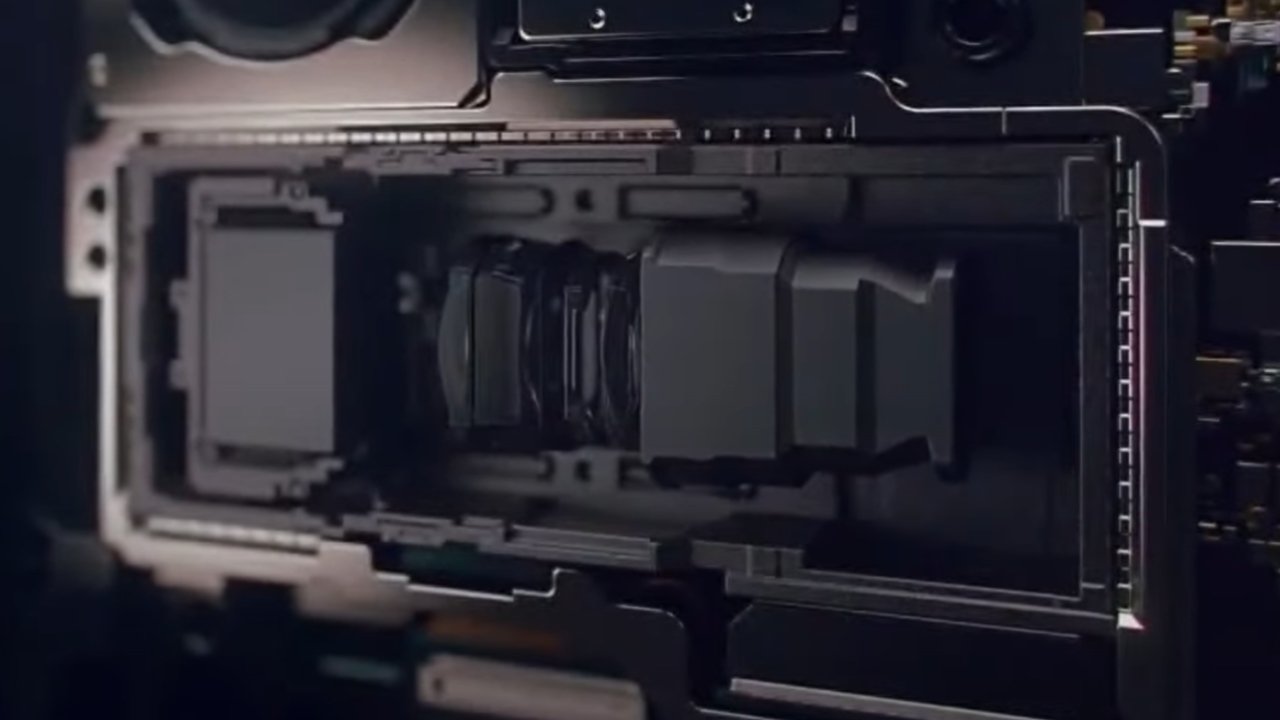 The periscope lens found within the Samsung S21 Ultra

While the iPhone 13 Pro can zoom to 3x, a 77mm equivalent, that isn't too distant a zoom. The 77mm focal length is great for portraits or getting closer to a relatively close subject, but it still isn't quite enough for wildlife photography or sporting events. Those situations require much longer lenses to capture the subject.

Samsung utilizes periscoping and algorithms to enable clear capture of subjects at 100x magnification. This is possible thanks to the long lens hidden away within the phone's body. Apple has been testing such a lens for future iPhones, but it isn't clear if or when it will be implemented.

Like in-display Touch ID, Ming-Chi Kuo previously predicted this technology would emerge in the "iPhone 14," but has pushed that prediction back to the 2023 iPhone. Such technology needs space within a device to operate, so other space-saving features like removing the Lightning port could coincide with its release.

Apple's troubled history with modems has led the company to start building its own. When Intel exited the modem business, Apple purchased it out from under them.

In the interim, Apple has used Qualcomm to provide 5G modems to the iPhone. However, this partnership may be short-lived as Apple is expected to use its modems in 2023.

Apple likes to control its device experience top to bottom, and including the modem in that stack may benefit the user. Not only will it be cheaper to use in-house modems, but Apple will also be better able to integrate modem technology into its custom Apple Silicon. 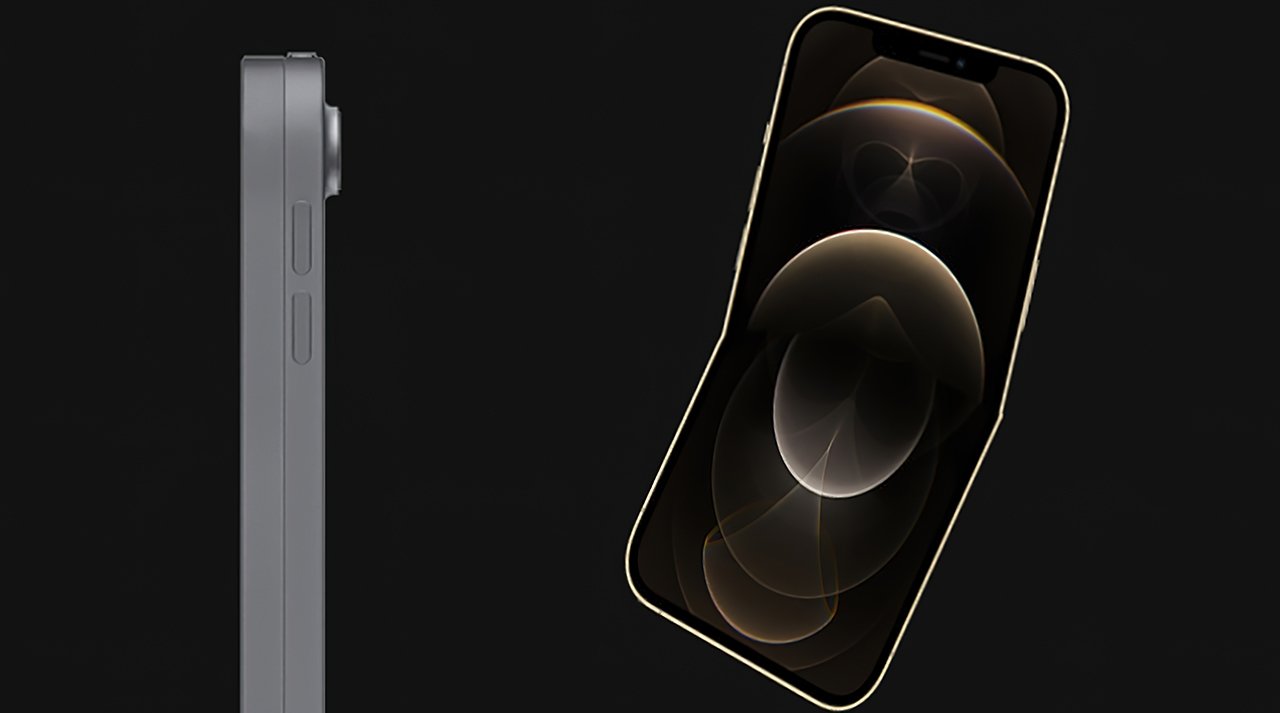 Apple may release a foldable 2023 iPhone

The foldable market is new and still fighting many problems associated with the technology. From creased displays to poorly optimized software, it is still early days. Apple doesn't enter a market until it can ensure the usual quality the company proudly promotes.

An "iPhone Fold" could arrive in 2023 as an ultra-premium in the "iPhone 15" lineup. It would be Apple's most expensive iPhone to date, likely sitting around $1,500 for the base model.

Little is known about Apple's plans for the foldable iPhone or if it will ever see the light of day. Ming-Chi Kuo believes Apple will release the device in 2023. 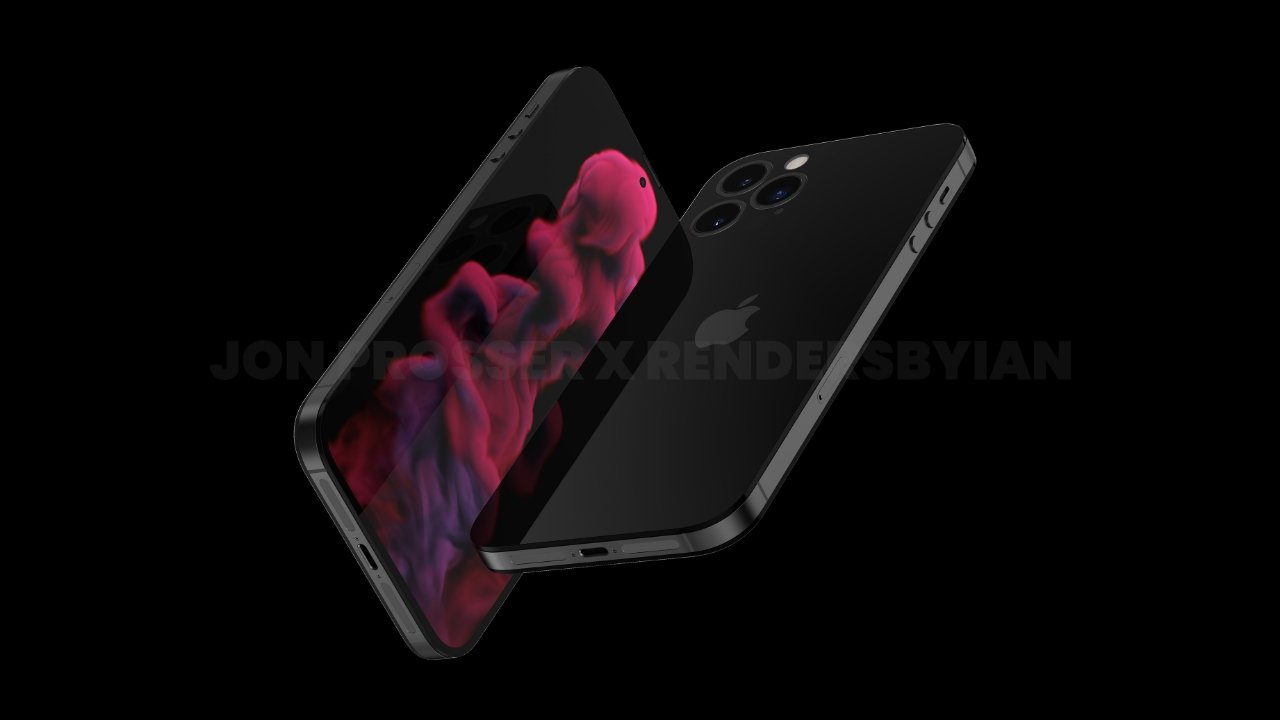 A render from Jon Prosser showing the rumored 'iPhone 14' redesign

In order to understand an iPhone that is multiple generations away, you'll have to understand some of what is expected next. Prolific leaker Jon Prosser says the "iPhone 14" may see a radical redesign with no notch, no camera bump, and iPhone 4-like elements.

Since Apple's design follows a three to four-year cycle, it is easy to assume the "iPhone 15" will repeat the "iPhone 14" design with some general upgrades. The same approach was taken with iPhone 13, which looks nearly identical to iPhone 12 minus the camera bump and notch.

Another far-flung rumor include upgrading Apple's camera sensors to 48MP sensors with pixel binning. This could arrive in either the 2022 or 2023 iPhones, and would be the first megapixel increase in Apple's cameras in years.

If Apple is able to implement the radical design changes rumored for the "iPhone 14," then the "iPhone 15" will likely be a much more modest update by comparison. Although, moving away from ports will be controversial on its own.

Predicting the price of a device that will be released so far in the future isn't exactly a science, but looking at Apple's pricing trends can give a hint. Expectations are that "iPhone 14" will retain the same pricing structure as the iPhone 13, and so too will "iPhone 15."

Apple could introduce a new storage tier at 2TB for the iPhone to make space for its increasingly demanding features like ProRes video. That could bring an iPhone's price dangerously close to $2,000. Also, "iPhone 15 Fold" will be sold as an ultra-premium model and likely start at around $1,499.

Apple is expected to release its "iPhone 15" lineup in September 2023. 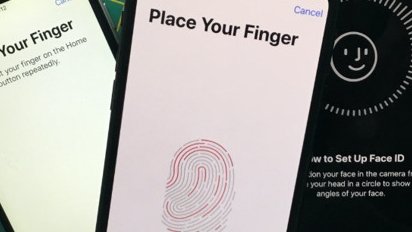 In a note to investors, noted Apple analyst Ming-Chi Kuo predicts that under-display Touch ID will arrive in 2023, plus when he's expecting the long-rumored folding iPhone.
By Mike Wuerthele | 1 month ago
29 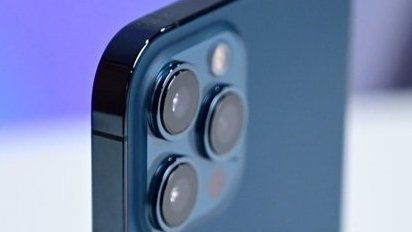 Apple's major supplier Foxconn, is to take on assembling iPhone camera components instead of fitting completed units.
By William Gallagher | 2 months ago
0 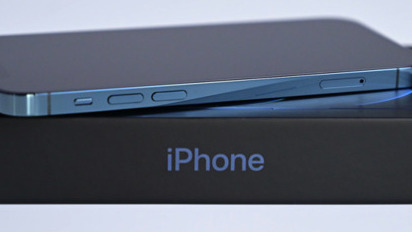 As part of a three-year plan, Apple is bringing ProMotion and an improved camera to the "iPhone 13" — but a new iPhone SE won't come until 2022, and a folding iPhone isn't expected until 2023.
By Malcolm Owen | 7 months ago
8
Click to Load More