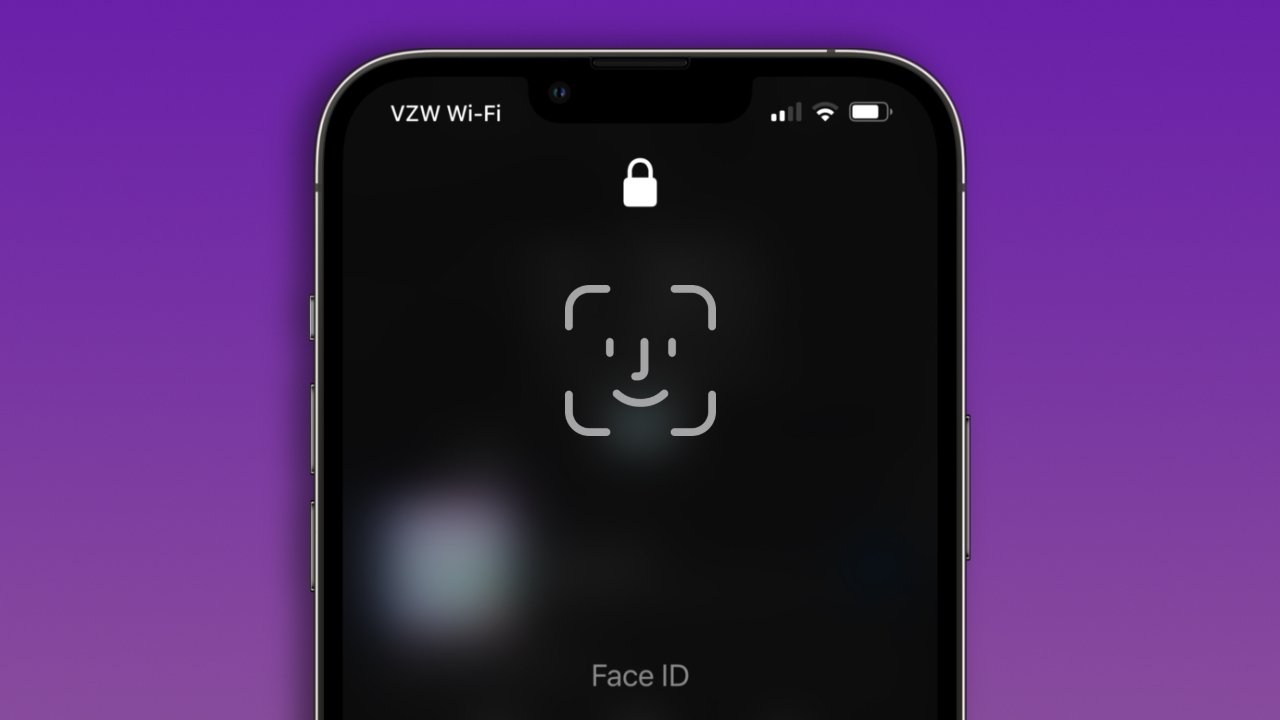 Face ID is a biometric security system that utilizes a numeric representation of an iPhone user's face to unlock their device. Photographs or mask spoofs can't fool it. Apple is beta testing a new version that accounts for face masks worn during a pandemic.

In 2022, Apple introduced a new feature for iOS 15.4 that lets people use Face ID while wearing medical masks. It relies on the area around a person's eyes for identification rather than the entire face.

While this feature is a boon for those frequently wearing masks, it is less secure than standard Face ID. Those who own an Apple Watch should use the Apple Watch unlock feature instead.

Face ID uses a set of technologies to scan a user's face in real-time and convert it to a mathematical representation for verifying a user's identity. It is used to unlock the device, make payments, and secure some apps.

Apple only makes Face ID available on the iPad Pro and iPhones with a notch. Other iPads use some form of Touch ID while Macs use Touch ID in the Magic Keyboard.

The TrueDepth system is comprised of six components dedicated to detecting and scanning a face. It is used for Face ID primarily, but other features like Memoji take advantage of the technology.

The infrared camera looks for a face when motion is detected. If one is found, the proximity and ambient light sensors determine the amount of light needed for face recognition. A flood illuminator then captures 2D images of the user's face.

The dot projector casts 30,000 dots across the user's face to construct a 3D depth map and uses the 2D infrared images as a reference.

The combined data is processed by the application processor and converted into a numerical value and encrypted using machine learning algorithms. This value is compared to a value stored within the Secure Enclave to determine if the scanned face matches the one in the database.

This system works with hats, glasses, many sunglasses, and scarves. Significant changes require the user to re-enroll their face, like shaving off a heavy beard. Apple states that the stored data is refined and updated each time users successfully unlock the device using face recognition. Additionally, this system updates the data if face recognition only finds a close match and forces the user to enter a passcode.

Apple recommends using a passcode for children ages 13 and under, for twins, and users with near-identical siblings.  Face ID requires the user to establish a passcode for when facial recognition isn't possible, or after five failed attempts.

According to Apple, it runs a custom version of the company's L4 microkernel (firmware) that's digitally signed by Apple and verified during the hardware boot chain process.

A portion of the neural engine is protected within the Secure Enclave. This machine-learning algorithm converts data provided by the TrueDepth platform into mathematical representations. These numbers are encrypted and stored in the file system, as the Secure Enclave's 4MB of storage is only used for 256-bit elliptic curve private keys.

When a file is created on the device, the AES engine generates and uses a new 256-bit "per-file" key to encrypt the data as it's written to the flash storage. This key is then encrypted using a class key and stored in the file's metadata, which in turn is encrypted with a random file-system key created when iOS or iPadOS was first installed.

The Secure Enclave stores the class key and handles all wrapped file keys, meaning these keys are never revealed to the application processor. On devices that use the Apple File System, the file-system metadata key is encrypted using the Secure Enclave's Hardware UID (Unique Identifier) key. The SoC's firmware encrypts all keys stored within the Secure Enclave.

Face ID is used for more applications than just unlocking a device. It is integrated throughout iOS and iPadOS for secure access to information and payments.

Developers can add support for biometrics to keep unauthorized users from snooping around apps that could contain sensitive information. This has been a popular option for banking apps and some file storage clients.

Users can also make purchases using Face ID as an authentication tool. This can occur on the web, in an app, or in the App Store. To prevent abusive tactics by developers or scammers, Apple always requires the side button to be double pressed to authenticate a purchase.

The system is also used when accessing iCloud Keychain for password auto-fill in Safari. Certain sections in the Settings app are also secured with Face ID, like Passwords.

Apple has finally addressed user frustration with Face ID during the COVID-19 pandemic. In iOS 15.4 and later, users can set up an alternative version of Face ID that uses only the region around a user's eyes to authenticate.

The normal version of Face ID requires a person's eyes, nose, and mouth to be visible before authenticating. The new optional mask-friendly version uses a much smaller surface area of the face to authenticate, so it is less secure overall.

Apple also allows users to unlock their iPhone with an already-unlocked Apple Watch when a mask is detected. When set up, if the TrueDepth system detects a mask, it skips trying Face ID and uses the Apple Watch within proximity to unlock the phone. This is the more secure option when paired with the original version of Face ID. 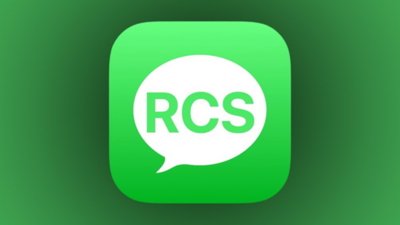 Google keeps trying to hammer on Apple for not adopting RCS

Google keeps trying to hammer on Apple for not adopting RCS

In a birthday post on Friday, Google continues to court Apple, trying to get it to adopt RCS. It's still not ready, not a standard, and not something Google is all-in on itself.
By Wesley Hilliard | 1 day ago
36 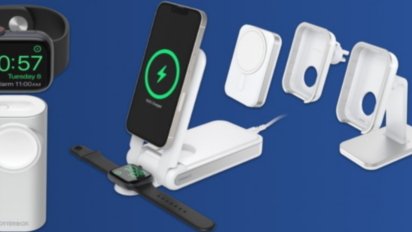 OtterBox has three new chargers to power an iPhone and an Apple Watch, with features that include nightstand mode and versatility as a car vent mount.
By Andrew Orr | 1 day ago
0 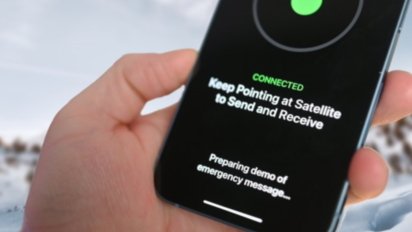 After becoming stranded in a remote area of Alaska, a man used the new iPhone 14 SOS feature to call for help.
By Amber Neely | 1 day ago
12 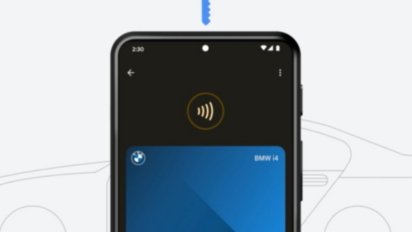 Google released an update for Pixel phones that allow users to send and receive digital car keys to iPhone users.
By Wesley Hilliard | 2 days ago
3 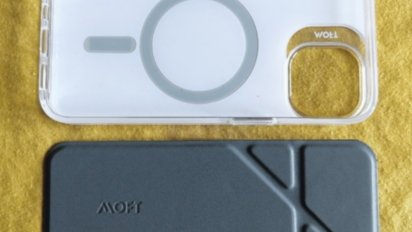 Hands on with Moft's iPhone case and Continuity Camera mount

Hands on with Moft's iPhone case and Continuity Camera mount

Accessory maker Moft sells a MagSafe iPhone case and an adhesive Continuity Camera Mount that works with a MacBook — and we've had them for a few weeks.
By Andrew Orr | 2 days ago
0 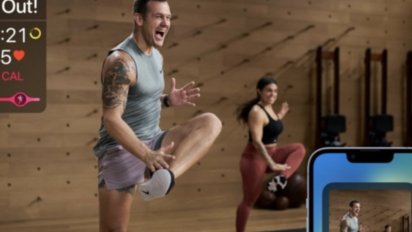 How to show Apple Fitness+ workout metrics over AirPlay 2

How to show Apple Fitness+ workout metrics over AirPlay 2

Apple now allows people using the Apple Fitness+ service to see workout metrics on AirPlay 2 devices. Here's how to get it done.
By Nathaniel Pangaro | 2 days ago 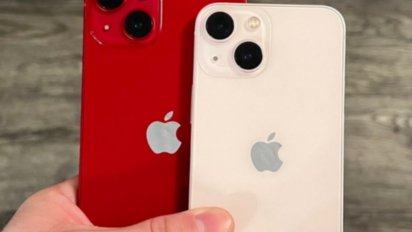 New research claims that one in four smartphones sold in China during October 2022 was an iPhone, with the iPhone 14 Pro Max being the country's best-selling device.
By William Gallagher | 2 days ago
0 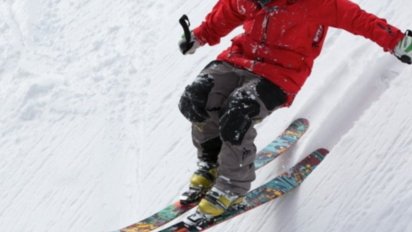 Emergency dispatchers near ski resorts are seeing an influx of Crash Detection alerts sent by iPhone and Apple Watches — and they want the skiers to leave them on.
By Amber Neely | 3 days ago
5 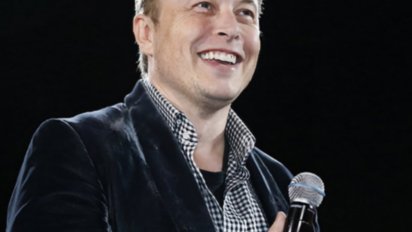 Elon Musk himself has now said that Apple never intended to remove Twitter from the App Store, after taking a walk around Apple Park with CEO Tim Cook on Wednesday.
By Amber Neely | 3 days ago 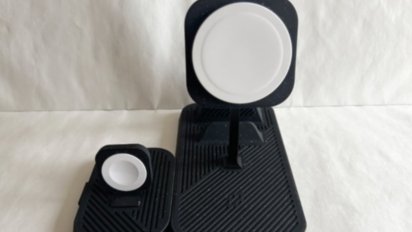 The new Zens 4-in-1 Modular Charging Station can charge your iPhone, iPad, AirPods, and Apple Watch, in one accessory — but cost and looks may be a deterrent.
By Andrew Orr | 3 days ago
0