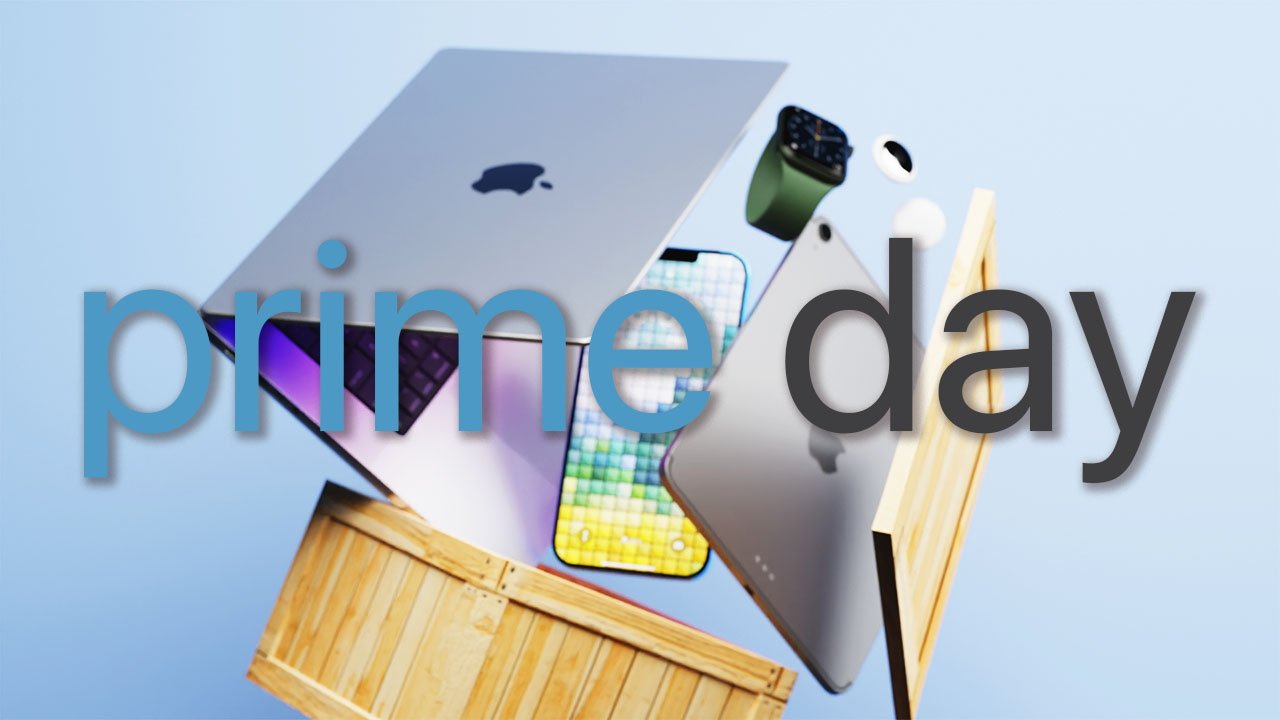 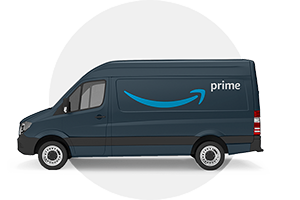 Amazon Prime Day is a shopping holiday that the online retailer started in 2015. By 2022, it's now an extremely popular event, with customers scouring the site for Black Friday and Cyber Monday types of deals. Among countless other discounted items, each year's sale typically includes some Apple products.

The 2022 Prime Day consumer holiday ran from July 12 and 13. But the savings aren't over yet, as Prime members have early access to holiday deals Oct. 11-12.

Amazon has officially launched discounts on its own devices, as well as third-party brands like Toshiba and P&G.

Amazon isn't the only place to secure the best prices on Apple hardware. Third-party resellers like Adorama, B&H, Walmart and Best Buy also get in on the action by slashing prices throughout Prime week and beyond, with many of the discounts available exclusively for AppleInsider readers.

What is Amazon Prime Day? 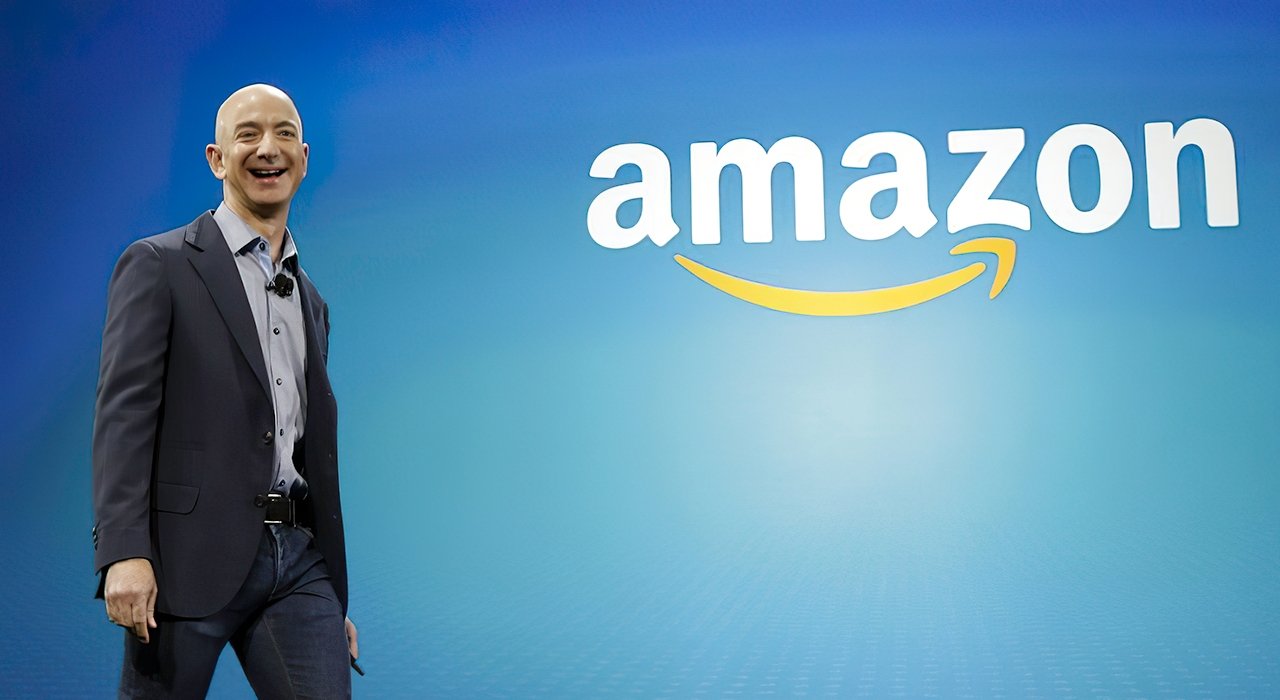 Amazon Prime Day is an annual shopping holiday designed to rival events like BF and Cyber Monday. The sale lasts two days. Before 2020, Amazon always held it in mid-July of each year.

Amazon staggers many shorter deals throughout the two-day event. It includes many limited-time discounts that may only last several hours. High-demand items frequently sell out before the deal expires.

Amazon announces some deals in advance — often including Amazon-made devices like Kindle and Echo. However, "Flash Deals" often remain a mystery until they go live on the website.

When is Amazon Prime Day?

Prime Day 2022 occurred on July 12 and 13, with a Prime Early Access Sale slated for October 11th and 12th, with early access to holiday deals. Prime Day 2023 has yet to be announced.

From 2015 to 2019, Amazon held Prime Day in mid-July. The online seller held the first Prime Day in honor of the website's 20th anniversary that month.

Due to the COVID-19 pandemic, Amazon pushed back the 2020 event to October.

The mid-July timeframe was reinstated for Prime Day 2022, which occurred on July 12 and 13.

In 2019, Amazon became an official Apple Authorized Reseller. Prime Day listings described as both "sold by" and "ships from" Amazon.com are guaranteed to be official Apple products. 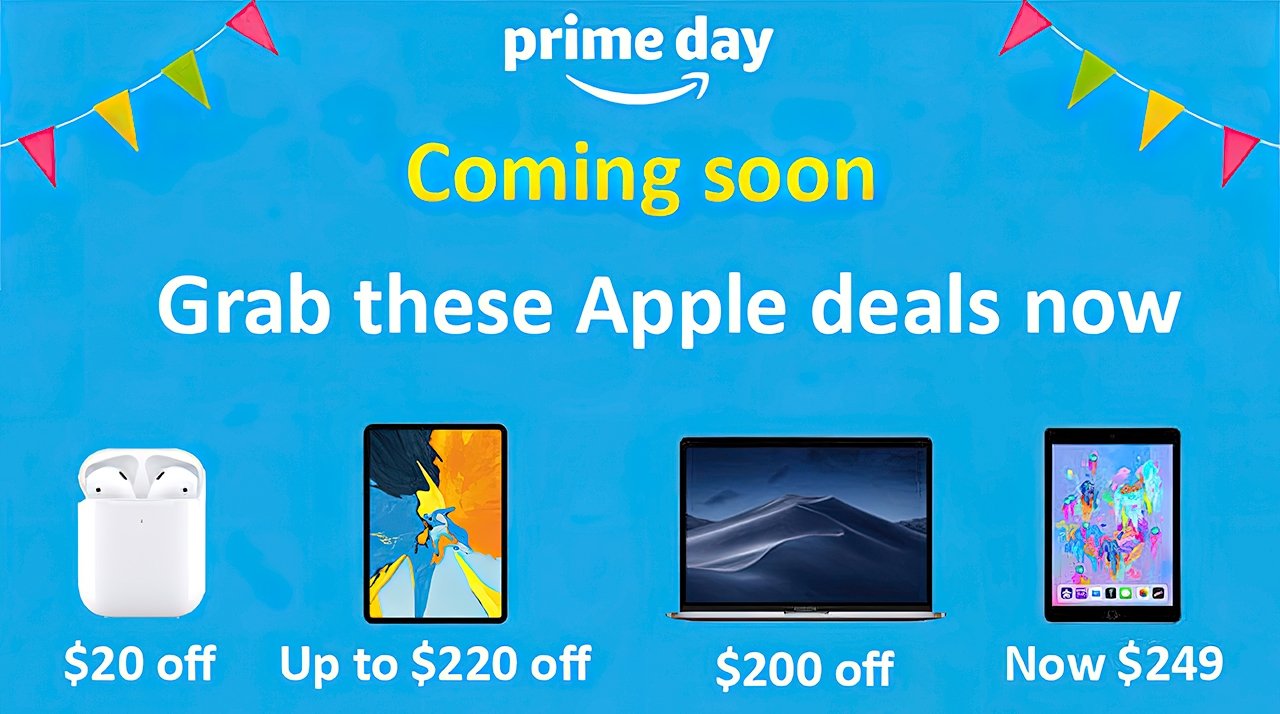 Third-party resellers can sell Apple products on Amazon, but they may present some risk of receiving counterfeits, open-box items listed as new, or other issues.

Viewing seller ratings and reviews can help shoppers discern whether a particular deal is trustworthy.

When was it held in the past?

Amazon's sale has fallen on the following dates:

Amazon postponed the 2020 event due to the COVID-19 pandemic. The company returned to running the sale in the normal July spot for 2022.

In 2015, the event's first year, customers complained that most sale items were far from popular. Social media users criticized the event for serving as little more than an "Amazon garage sale." 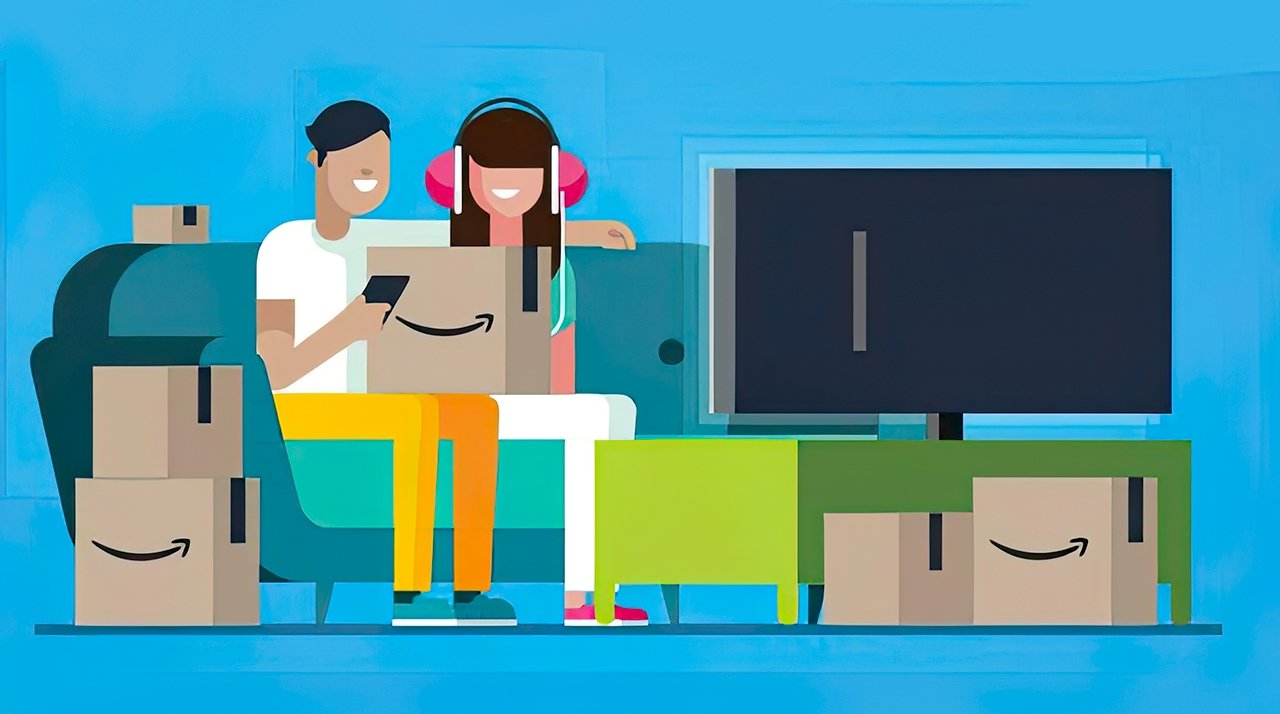 Today, Amazon's shopping event has much better deals than in its divisive first year

Today, Prime Day's high-profile deals are much closer to Black Friday sales than they were at the beginning.

Does it require a Prime Membership?

Yes, Prime Day deals are only available to Amazon Prime members. An Amazon Prime subscription costs $139 annually or $14.99 per month. The pricing for a Prime Membership has increased in the past year, but trials are available and may be utilized during Prime Day to take part in the deals available for purchase.

Is there a Prime student discount?

Yes, Amazon has a Prime student discount program. Students can pay $69.99 per year or $7.49 per month. Currently, you may try Amazon Prime Student with a free 6-month trial. Following the trial, you'll pay just $7.49 a month. Students are required to submit documentation to verify their eligibility.

How much money do customers save?

Amazon says that customers saved $1.4 billion during the 2020 shopping event.

What are the most popular items?

According to Amazon, its Amazon Music promotions offered the best deal ever for Prime members and drove more sign-ups for Amazon Music Unlimited worldwide than any other Prime Day.

Amazon says the Fire TV Stick 4K with Alexa Voice Remote was the most popular global purchase. The company also mentioned that customers purchased a record-setting number of Fire TVs, from brands including Toshiba and Insignia.

How much money do third-party sellers make?

Does the event include anything other than deals?

In 2018, Amazon began partnering with artists to include live concerts for Prime customers. That year, the firm held an event with Ariana Grande that streamed on Amazon Video and Twitch. A 2019 concert featured a performance by Taylor Swift and other popular musical acts. In 2021, Amazon offered the Prime Day Show, featuring music from Billie Eilish, Kid Cudi, and H.E.R. 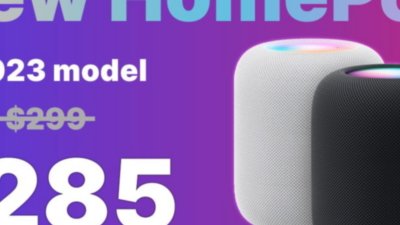 Exclusive pricing is in effect on Apple's 2023 HomePod, with the smart speaker dipping to $285 with coupon.
By Christine McKee | 4 hours ago 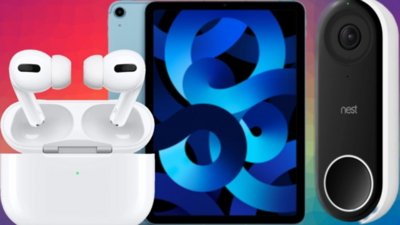 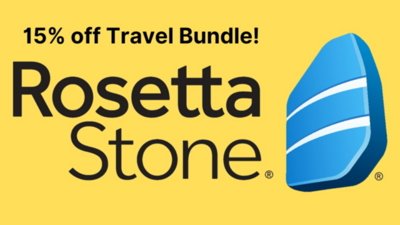 Immerse yourself in a totally new culture with the 2023 Travel Hacker Bundle, featuring several programs designed to make your globe-trotting easier, including learning a new language thanks to the included Rosetta Stone lifetime subscription.
By Michael Stroup | 22 hours ago 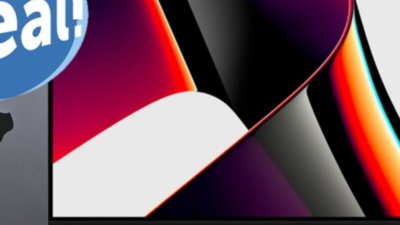 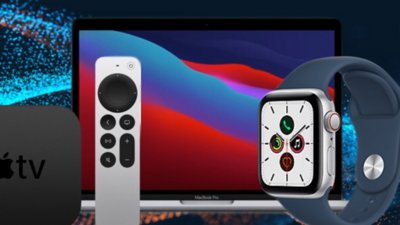 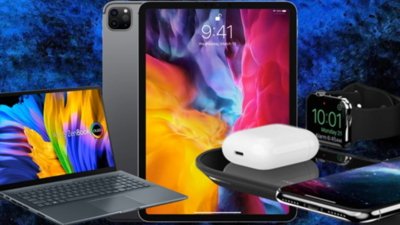 Some of the top deals we uncovered today include 38% off an Asus Chromebook Flip touchscreen laptop, 69% off a Mophie dual universal wireless charging pad, a 16GB refurbished iPad Air for $75, $1,003 savings on an LG 65" 4K smart TV & more.
By Jess Pingrey | 2 days ago 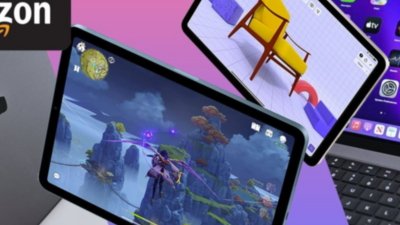 MacBooks top our list of the best Apple deals on Amazon this week, with MacBook Pro models going for up to $500 off retail prices.
By Michael Stroup | 3 days ago 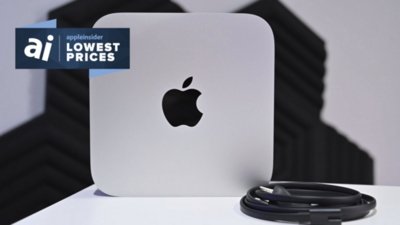 Apple's 2023 Mac mini is eligible for exclusive coupon savings, knocking up to $200 off retail and CTO models, with prices as low as $549.
By Christine McKee | 3 days ago 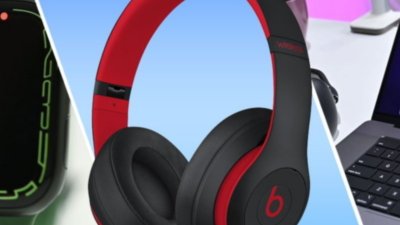 Some of the most valuable deals we found today include 19% off Beats Studio 3 headphones, 76% off an OKP Life K2 robot vacuum, 64% off a Klipsch home theater speaker system, and 50% off 3 iPhone fast chargers.
By Jess Pingrey | 3 days ago 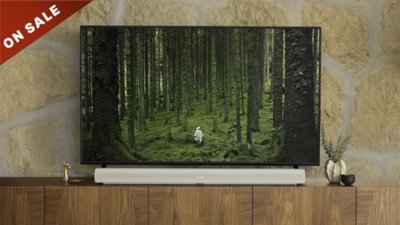 A limited-time discount brings the Sonos Arc Soundbar down to $699, the lowest price we've seen.
By Christine McKee | 4 days ago