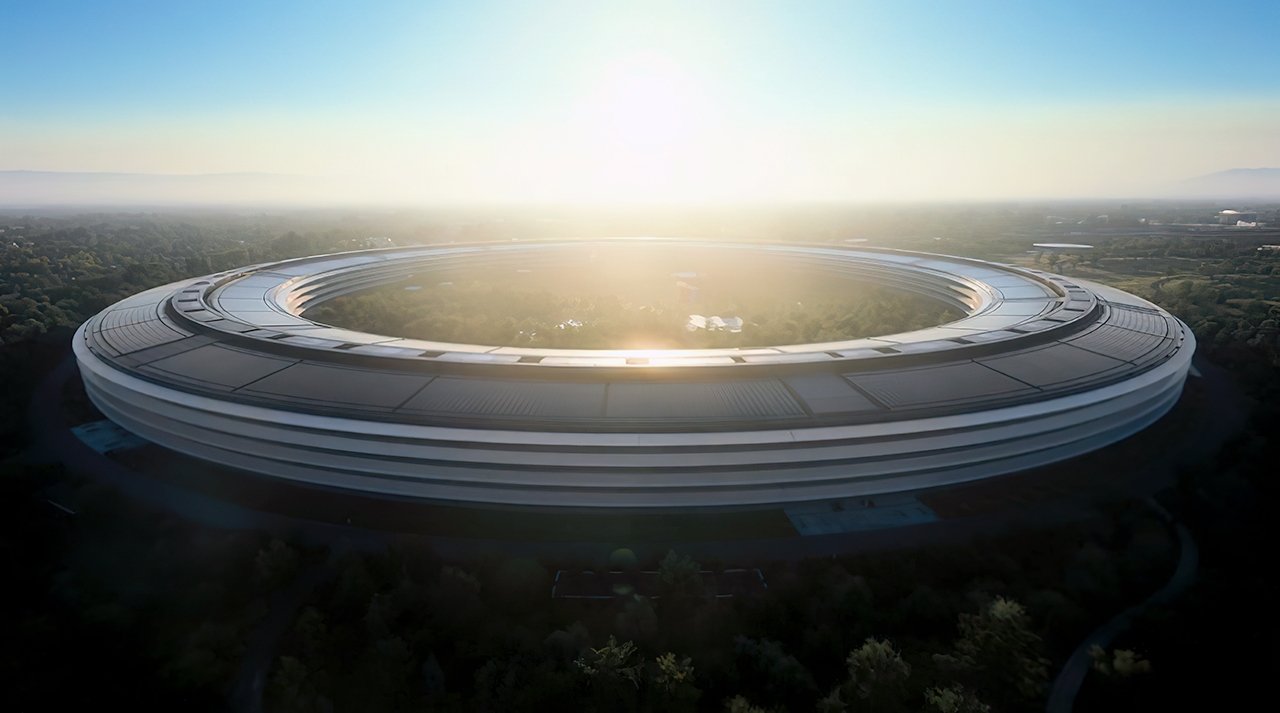 The largest Apple product ever made is not something you'll be able to take home to enjoy, but it is something to behold. Apple Park is the company's second campus built in Cupertino, California, and it was one of the final products pitched by the late CEO, Steve Jobs. The massive ring-shaped building is now an iconic symbol of Apple's dedication to design, green energy, and the future of technology.

Apple calls Cupertino, California home, and its main headquarters had been located at 1 Infinite Loop since 1993. In 2017, the company finished construction and officially moved its employees into the massive "spaceship" campus, called The Ring, located at One Apple Park Way.

The new campus is surrounded by grass and trees, has an orchard in the center of the ring, and contains energy and design innovations throughout. Apple Park is the beacon of creativity and unity meant to drive Apple into the future.

Life at Apple's new campus was short-lived, however, since the COVID-19 pandemic drove most employees to work from home. Despite being able to hold thousands of employees, only a tiny fraction have been able to work on-site since March 2020.

Each time the pandemic showed signs of waning, Apple reexamined bringing employees back with a mandatory measure. However, many employees have enjoyed working from home and fight to be allowed to.

In December 2021, Apple was forced to put off the return to office move once again as a new variant of COVID-19 began spreading. It remains to be seen exactly how Apple will use Apple Park given the new push for work from home by its employees.

The late CEO and co-founder Steve Jobs saw the rapid growth of the company and knew its current campus couldn't last. So, Apple purchased land formerly owned by Hewlett-Packard, a company important to Jobs' history as he worked there as a summer intern.

Steve Jobs personally presented an ambitious plan to the Cupertino City Council for building one of the largest office buildings in the world.

Apple met many of its initial goals within its first presentation of the campus, although it took two years longer and went well over cost estimates. Sadly, Steve Jobs died only a few months after that meeting, and it is known as one of his last public appearances. The campus theater is named after him in remembrance.

In 2014, Apple began the initial tear-down of the old Hewlett-Packard buildings and broke ground. The project took a little over three years to get finalized and ready for the employee move-in.

Throughout the construction process, Apple faced several challenges from buying up all the available trees to city taxes coming into question.

Jony Ive was the Chief Design Officer at Apple, and he has since left the company to start his own design firm. While Apple Park was under construction, Ive stepped away from leading the product design team to take a more personal interest in the construction and design of the new campus.

Ive worked closely with the design firm Foster+Partners on this massive undertaking. His design influences are seen throughout the campus, and he speaks of Apple Park in this interview with Wallpaper* magazine.

"As a design team our goal has been, in some ways, to get design out of the way," Ive said. "We try to define a solution that seems so inevitable that it does recede." He stated this referring to the philosophy that is behind everything Apple designs.

When discussing the building's flexibility, Ive states, "Our building is very configurable and you can very quickly create large open spaces or you can configure lots of smaller private offices. The building will change and it will evolve."

The idea that the building could change as Apple changes was the driving factor behind much of the design.

Shaped like a large flying saucer of sorts, Apple calls the main campus building The Ring. This massive building features 800 45-foot-tall rounded glass panels that connect all the way around the four-story structure. Some of these panels function as large sliding doors, allowing for the interior to be exposed to the outdoors during nice weather.

The Ring uses base isolation to protect against earthquakes. The isolation system consists of 692 large steel saucers located two stories underground. This system is a modified version of Japan's and will protect the campus from all but the most severe earthquakes.

The Ring's interior hosts large rooms with glass walls and entryways, including wide-open spaces that can be collapsed into smaller sections as needed. The Ring is divided into eight identical segments and surrounded by a hallway roughly three-quarters of a mile around.

The Ring uses natural ventilation to aid in making it the greenest office building in the world, requiring no heating or cooling for nine months out of the year. To further its green initiatives, Apple partnered with First Solar to provide 130MW of clean energy to the campus and surrounding buildings.

Design rules the campus from top to bottom and will influence the company moving forward. Many consider Apple Park to be an Apple product designed by Jony Ive, his crown jewel before exiting the company and gift to his departed friend Steve Jobs.

Other structures at Apple Park

The Steve Jobs Theater is a 165-foot diameter circular glass building without visible supports. The carbon-fiber roof is the largest in the world, weighing 80-tons. Underneath the glass structure, underground, is an auditorium seating 1,000 people. The theater won the 'Structural Artistry' award in 2018.

The Apple Park Visitor Center overlooks the campus and is divided into four sections: a 10,000-square-foot Apple Store, a 2,000-square-foot cafe, an observation deck, and an area for an AR experience. The augmented reality area is a scale model of Apple Park that lets you view the campus via an iPad using AR software.

The barn is a historical landmark moved and restored by Apple during Apple Park's construction. It was originally a part of the farmland that housed apricot, prune, and cherry orchards. The barn is now used for simple storage of groundskeeping tools, but still stands as a symbol of community and innovation at Apple Park.

The Apple Park campus was meant to be the ultimate workspace for the thousands of employees it houses. It was also meant to be a marvel that visitors could enjoy when conducting work or travelling for keynotes. The COVID 19 pandemic made this an impossiblity for months, but Apple made due.

Starting with WWDC 2020 Apple held virtual conferences instead of inviting thousands of people to its campus. This allowed the company to expand its reach to more developers and consumers with highly-produced videos rather than a stage performance. Drone footage and virtual screens made these conferences pop with Apple Park serving as the perfect backdrop for Apple's major announcements. 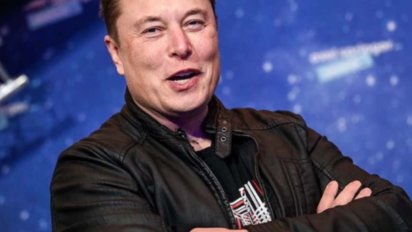 On Wednesday, Elon Musk visited Apple's headquarters in California amidst claims that the company is threatening to remove Twitter from the App Store.
By Andrew Orr | 1 day ago 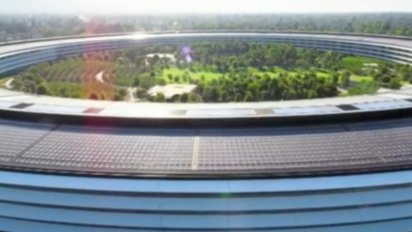 A report claiming to be based on multiple sources within Apple, says that the company is drastically cutting its budget for hiring staff, despite Tim Cook's denial.
By William Gallagher | 4 weeks ago
16 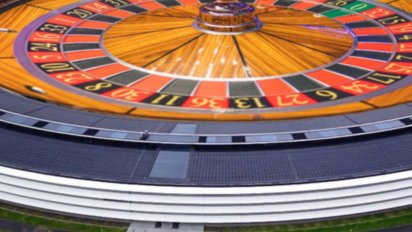 Apple can argue about privacy, it can claim to put users before anything else, but when its business runs on gambling ads, it's moving yet further away from its stated principles and becoming a gambling company.
By William Gallagher | 1 month ago
26 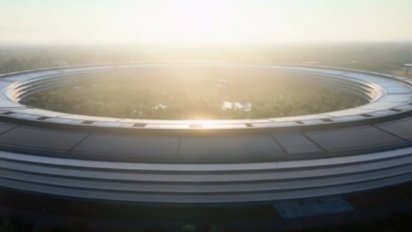 As hardware design vice president Evans Hankey leaves Apple, sources claim that Gary Butcher will be rejoining the company after leading design at Airbnb.
By William Gallagher | 1 month ago
7 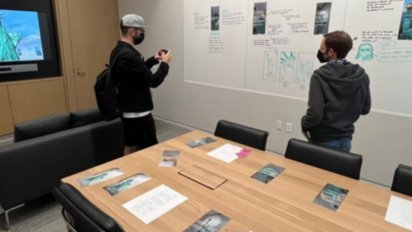 Apple has hosted a gathering of developers the day before WWDC commences, with guests to the Apple Park campus given a tour of the new Developer Center.
By Malcolm Owen | 5 months ago
2 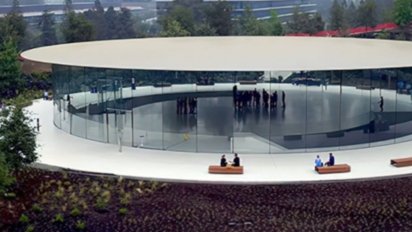 As WWDC 2022 nears, Apple has begun notifying the winners of its latest Swift Student Challenge, and has updated its coronavirus protections for attendees.
By William Gallagher | 6 months ago
1 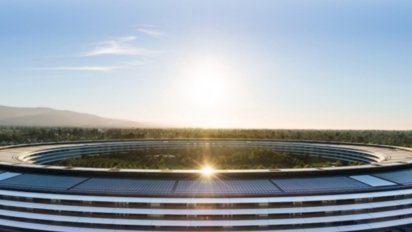 Vietnamese Pham Minh Chinh visited Apple and other Silicon Valley tech giants on Tuesday, a trip that included a meeting with Apple CEO Tim Cook.
By Mike Peterson | 6 months ago
9 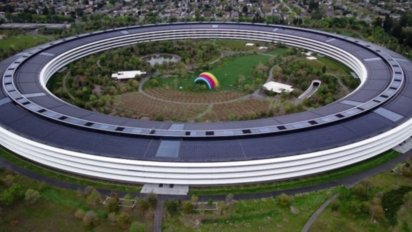 Blaming a rise in coronavirus cases, Apple has told staff they will have to work from offices two days per week, instead of three.
By William Gallagher | 6 months ago
2 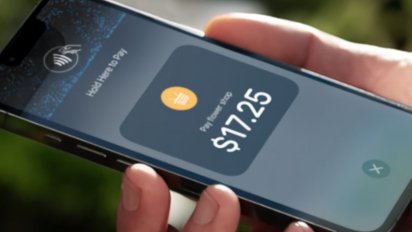 Apple's Tap to Pay feature, which allows one iPhone user to pay another without extra equipment, has been demonstrated in use at the visitor center in Apple Park.
By William Gallagher | 6 months ago
0 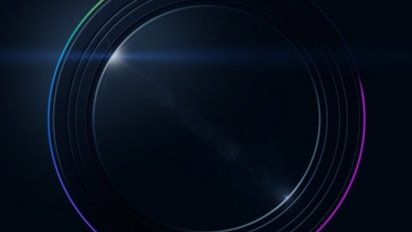 Developers can now apply for a free place at Apple Park to watch the WWDC 2022 keynote video, and explore a new Developer Center.
By William Gallagher | 6 months ago
4