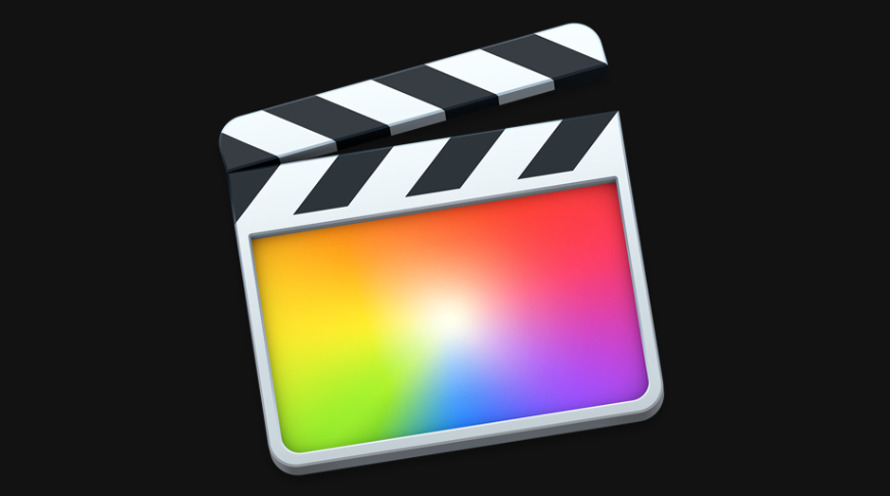 Final Cut Pro is Apple's professional-level, non-linear, non-destructive video editing software. Originally designed by Macromedia in the mid-90s, the software has grown to be an industry giant in its own right. Newer iterations of the app have come to rely on Apple's Metal interface, making the program faster and more reliable than previous versions.

Final Cut Pro X is Apple's non-linear, non-destructive video editing software. It is a native 64-bit application capable of utilizing all CPU cores and GPU-accelerated processing, useful for improved playback, rendering, and transcoding. It is used by hobbyist filmmakers and industry professionals in TV, Film, and streaming media. 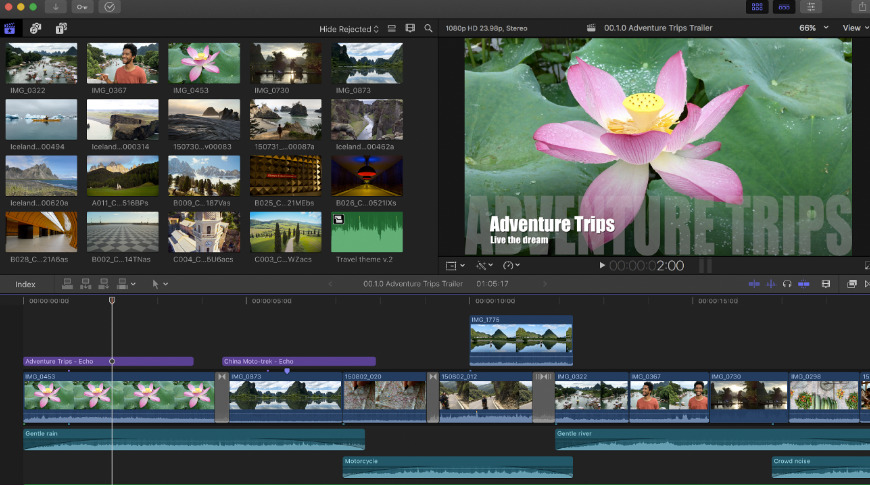 The software is available to purchase directly from the Mac App Store for $299.99.

Macromedia initially created Final Cut Pro as an alternative to Adobe Premiere, designed to work alongside Apple's QuickTime. Randy Ubillos, a designer behind the first three iterations of Adobe Premiere, led the project.  While the program saw some initial copyright issues before its release, Apple purchased the development team in 1998.

In the early 2000s, the video editor began receiving praise from industry professionals. Independent producer Michael A. Bloom had praised the program in an interview with Larry King. He cited that the program did not fail a single time while rendering his film.

Roger Avery, the director of Rules of Attraction, became the official spokesperson for Apple's video software. His appearance in global print advertisements helped encourage other editors to make the switch.

In 2002, it won a Primetime Emmy Engineering Award for its impact on the television industry.

Final Cut Express, a less expensive version of the software, was launched in 2003. While it was well-received at launch, the program was later discontinued in 2011.

As Apple continues to improve upon its iPad Pro line, it is expected to introduce more professional-grade apps to the ecosystem. Apple's professional media editing and creation apps are perfect targets for such implementation, but very little in terms of rumors or leaks has indicated any imminent release. 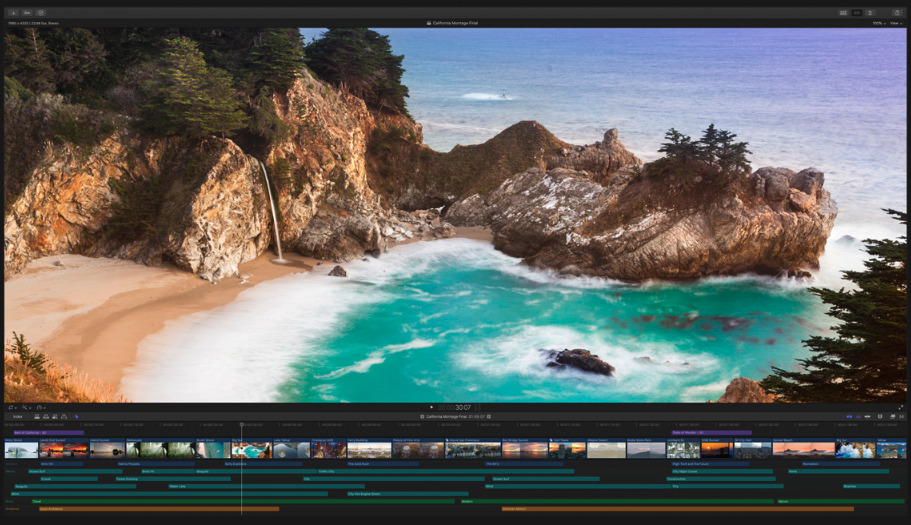 Organization has also been brought to the forefront of the software. Users can tag clips and clip ranges with metadata for searching or create Smart Collections that automatically collect content based on custom criteria.

Apple also added more functionality for video editors to take advantage of, including workflow extensions for third-party apps and services and several other highly-requested features. The additions allow editors to drag media into their libraries, add clip markers, synchronize playback between extensions and the timeline, and other features.

Other integrations include review and approval of work via Frame.io, the ability to search for product stock footage with Shutterstock, and enhanced media asset management via CatDV.

In line with previous versions, it also gives users robust text and graphics tools. Users can easily create 2D and 3D titles, apply filters, and use a built-in chroma key for blue- and green-screen effects.

By taking advantage of Metal, the app has seen vast speed improvements. Those who edit videos on a 15-inch MacBook Pro will see 20% faster render times, while those using an iMac Pro could see up to 35% faster renders. It also allows users to utilize external GPUs.

The latest update has been optimized for the new Mac Pro. Designed to take advantage of all the GPUs in Mac Pro, the app uses multithreading to spread tasks across up to 28 cores. It supports up to six streams of 8K ProRes RAW, 23 streams of 4K ProRes RAW, and can see up to 2.7x faster render speeds on the Mac Pro.

Apple also included support for Sidecar, a macOS feature that lets you use an iPad as a second display. Sidecar works with both wired and wireless connections.

There are High Dynamic Range improvements as well, with enhanced color-mask and range-isolation tools for grading HDR footage and the ability to view HDR video tone-mapped to compatible Standard Dynamic Range displays when used in macOS Catalina.

A June 2021 update made it possible to create and edit column views, plus added improved options for sorting clips.

Apple updated Final Cut in April 2022 to optimize playback and graphical performance on M1 Max and M1 Ultra chips in the Mac Studio.

Motion is Apple's motion graphics tool that gives users the ability to create cinematic 2D, 3D, and 360-degree titles, transitions, and realistic effects in real-time. The interface is designed to be familiar to users if they have already used Apple's other professional software. 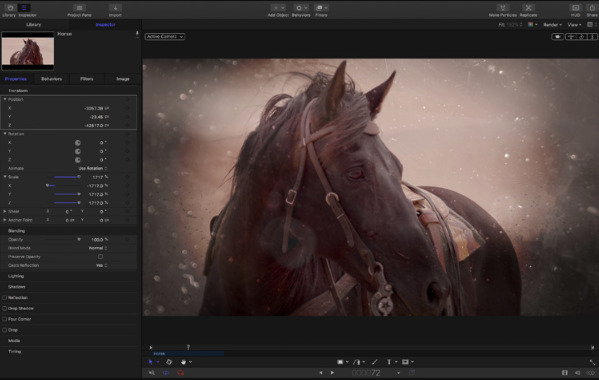 Motion is available to purchase separately from the Mac App Store for $49.99.

Compressor is Apple's video and audio compression and encoding application and is designed to work alongside Apple's professional audio and video apps. Users can encode MPEG-1, MPEG-2, Quicktime .mov, and MPEG-4 profiles, as well as convert NTSC to PAL and vice versa. Just as with Motion, Compressor's interface should look and feel familiar to those used to Apple's professional apps. 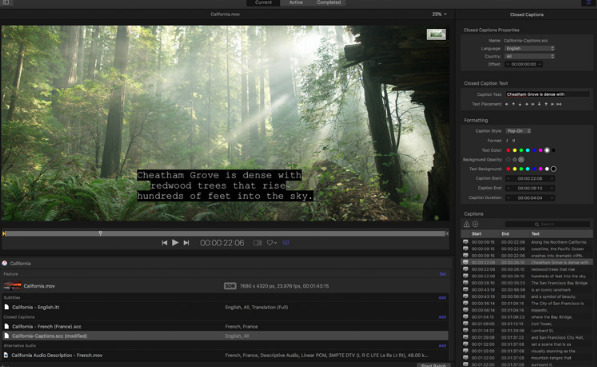 Compressor is available to purchase from the Mac App Store for $49.99. 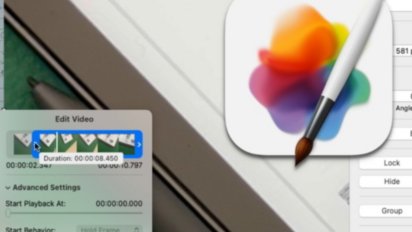 An update on Tuesday to Mac image editing app Pixelmator Pro adds the ability to import, edit, and export video using all of its existing photo tools.
By William Gallagher | 1 month ago
1 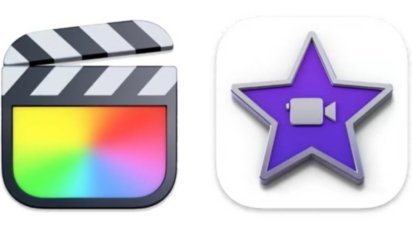 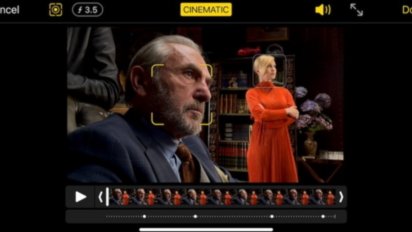 A recently discovered bug in iOS 16 renders users unable to open Cinematic videos in both iMovie and Final Cut Pro.
By Amber Neely | 4 months ago
5 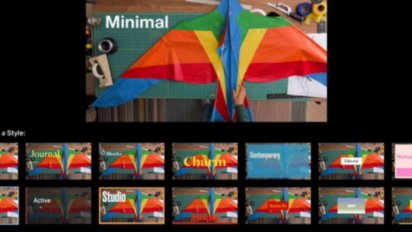 The best video editors for macOS when iMovie doesn't cut it

The best video editors for macOS when iMovie doesn't cut it

Apple's main video editing program on macOS is iMovie. It's enough for most, but it doesn't satisfy professional and more advanced editors. Here are the best alternatives to iMovie.
By Nathaniel Pangaro | 5 months ago 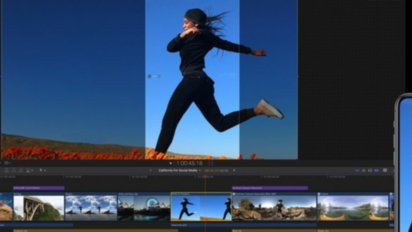 Apple has updated both iMovie and Final Cut Pro X with a minor fix that addresses a bug in both video editing apps.
By Mike Peterson | 5 months ago
5 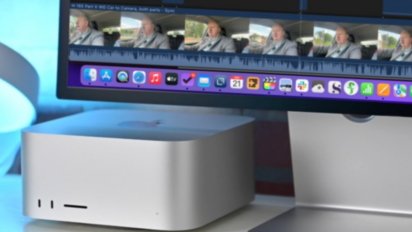 Right out of the box, the Mac can be a film studio that lets you shoot videos and edit them. Here's what to start with, and what you'll want to add next.
By William Gallagher | 7 months ago 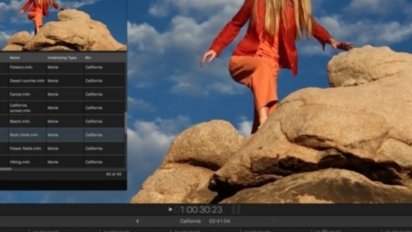 Apple has responded to an open letter from video editors and filmmaking professionals, pledging to incorporate requested features into Final Cut Pro.
By Mike Peterson | 8 months ago
18 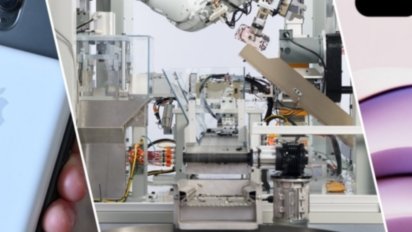 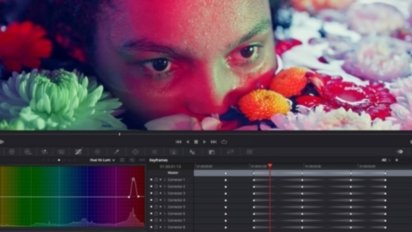 A collection of video editors have written an open letter to Apple CEO Tim Cook, accusing Apple of letting Final Cut Pro fall behind rival editing tools, and demanding the company puts more effort to promote it as a professional filmmaking application.
By Malcolm Owen | 9 months ago
27 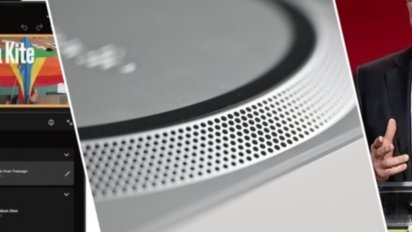 Final Cut Pro and iMovie get new features, Elon Musk tries to buy Twitter, and Tim Cook gets serious about the sideloading fight on the AppleInsider Podcast.
By Stephen Robles | 9 months ago
0