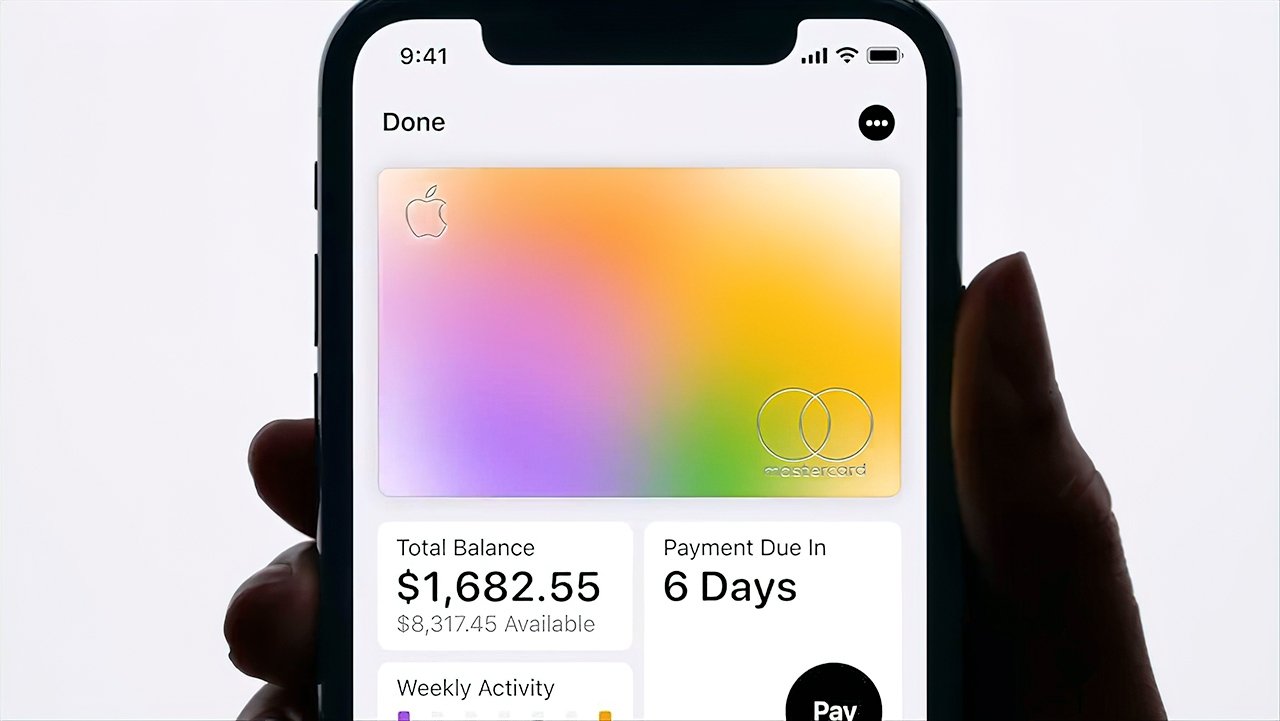 In 2019, Apple and Goldman Sachs partnered to launch Apple Card. It works primarily via Apple Pay, though a physical card is also available. Using the card via Apple Pay, either online or at a point-of-sale terminal will merit a user 2% to 3% cashback in the form of Apple Cash.

Launched on August 20, 2019, the Apple Card was designed by Apple and developed by Goldman Sachs. While it's primarily designed to work with Apple Pay in the Apple Wallet app, Apple provides each customer with a physical titanium card.

The card is issued through Goldman Sachs and exists within the Mastercard payment network.

Applying for the Apple Card

Applying for the card is a relatively quick and straightforward process. A prospective applicant will need to follow the steps below.

Early reports stated that the card might be available to those with sub-optimal credit scores.  Users with credit scores below 600 are likely to be declined. Additionally, anyone who has put a credit freeze on their account must lift the credit freeze before applying, or the application will be denied.

Apple has launched a new program specifically for users who are denied their Apple Card application. The four-month program coaches users on how best to increase their chances of being approved for the card. While paying down debt and decreasing income-to-debt ratio seem like common-sense tactics, many people aren't familiar with how companies make creditworthiness decisions.

The physical card is made primarily out of titanium, weighing 14.75 grams, or approximately half an ounce. The weight makes it somewhat lighter than other "luxury" style metal cards. A composite of 90% titanium and 10% aluminum alloy gives the card better sturdiness overall.

The card displays no card number, CVV security code, expiration date, or signature. The cardholder's name is printed on the front of the card, while the Apple, MasterCard, and Goldman Sachs logos are engraved.

This design choice lends itself to a rather minimalistic and sleek-looking card compared to competitors' offerings.

Upon delivery, cardholders who own newer iOS devices can activate the physical card by moving it near the product packaging. Those with an iPhone X or earlier will need to open the Wallet app and tap it against their iPhone.

Depending on the cardholder's credit history and income, there is a minimum APR of 13.24% and a maximum of 24.24%. The Apple Card has no yearly fees, no fees for transactions, and no fees for penalties.

It does have credit limits. The limits are determined by the cardholder's credit score, credit age, and income at the time of application. Cardholders have reported credit limits as low as $50 and as high as $15,000.

An Apple Card may be shared using Apple Card Family. It requires each person to be over 13 years old to share the card.

As of December 2019, users can purchase iPhones using their Apple Card and pay it off with a 0% interest rate over 24 months. The 3% cashback would still apply, thus giving users a great value when purchasing their new iPhone.

An update to the service in June 2020 allows users to purchase almost any Apple device or accessory on some length of the installment plan. Depending on price, users can buy devices on 6-month or 12-month installment plans at 0% interest.

One can also bundle devices, like an Apple Pencil and iPad, increasing the installment plan to 12 months despite the individual products' lower pricing.

There are only two products Apple doesn't support with this method: Apple Watch and iPod Touch.

Use with Apple Pay

While users can place orders with their physical card, the Apple Card is designed to be used alongside Apple Pay. Apple Pay is the company's touchless, tap-to-pay payment method. Those who use their card with Apple Pay receive additional cashback benefits in Apple Cash.

Cardholders can view additional information about their card inside the Wallet app on their iPhone. There, they can see any outstanding balance, remaining credit, weekly activity, itemized transactions, and make payments.

The Wallet app also provides insights into how a user may better use their card to avoid paying interest on their outstanding balance.

Cardholders can also send a text message to Apple support for help understanding their bills or to file a dispute.

How do you apply for Apple Card?

The Apple Card can only be applied for within the Wallet app. You can start applying by clicking the plus-button in the top right corner.

What kind of credit do you need to be approved for Apple Card?

Apple does not specify what qualifies individuals for the card. There is a minimum APR of 13.24% and a maximum APR of 24.24% depending on your credit. The Apple Card has no yearly fees, no fees for transactions, and no fees for penalties.

Is the Apple Card really titanium?

Approximately 90% of Apple Card's material is titanium, with the remaining 10% of the alloy made up of aluminum. This is done to improve scratch resistance and durability of the card.

Does Apple Card offer cash back or rewards?

In November of 2019, David Hansson, the creator of Ruby on Rails, had posted to Twitter that he'd received 20 times the credit limit of his wife. He alleged that Apple had been indicative that Apple was taking part in gender-biased practices.

It should be noted that Goldman Sachs, not Apple, handles all applications and determines a user's APR and credit limit.

A Goldman Sachs spokesperson responded by stating, "Our credit decisions are based on a customer's creditworthiness and not on factors like gender, race, age, sexual orientation or any other basis prohibited by law."

The allegations piqued the interest of Wall Street regulators, who began an investigation to determine whether New York law was violated and if Goldman Sachs' algorithm practiced gender-biased discrimination on applicants of the Apple Card. The investigation found no evidence of discrimination.

Customers attempting to pre-order the iPhone 13 through Apple's iPhone Upgrade Program ran into errors when attempting to check out with Apple Card as payment. No official statement has been made about the problem, though it appears the system was overloaded thanks to the mass amounts of people trying to buy an iPhone. 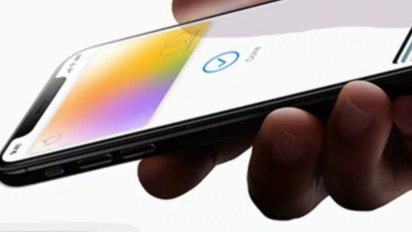 An ad for Apple Pay has started to circulate in South Korea, seemingly indicating that Apple's mobile payments platform will be available to use on November 30.
By Malcolm Owen | 17 minutes ago
0 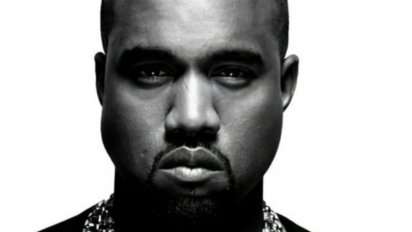 As part of his candidacy for President, Kanye West is demanding that the FCC needs to investigate his bank after Adidas allegedly "froze his money," and disabled his Apple Pay.
By Amber Neely | 5 days ago
23 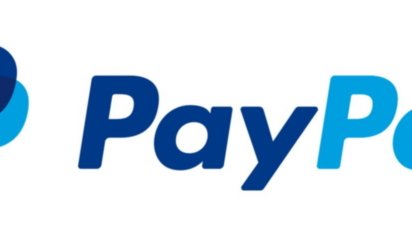 PayPal has announced that it will bring new Apple-centric ways of paying for those using PayPal and Venmo.
By Amber Neely | 3 weeks ago
1 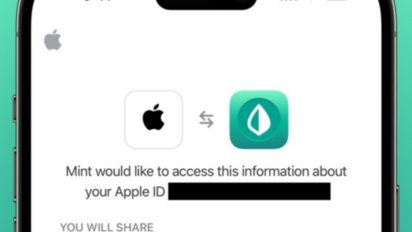 Users of the Mint app can add Apple Card as an official account to track transactions.
By Wesley Hilliard | 3 weeks ago
5 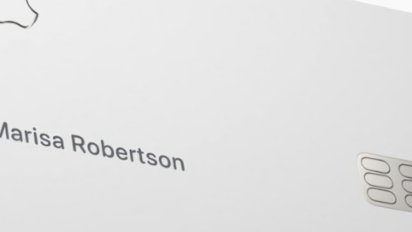 The UK's Financial Conduct Authority (FCA) says that it has concerns about Apple and other Big Tech firms disrupting the country's financial markets, and it is seeking feedback on what it should do about it.
By William Gallagher | 1 month ago
14 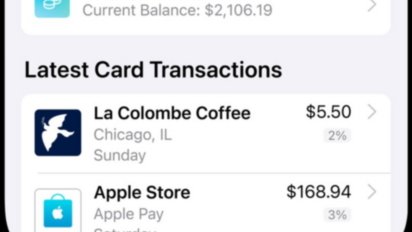 Apple has announced that Apple Card users will shortly be able to transfer their Daily Cash balance into a special interest-accumulating Goldman Sachs savings account.
By William Gallagher | 1 month ago
13 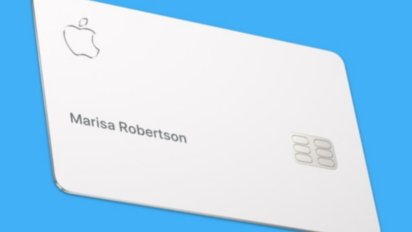 While it's not clear why, some Apple Card users may not be able to use their card in Wallet. Here's how to fix it.
By Andrew Orr | 1 month ago 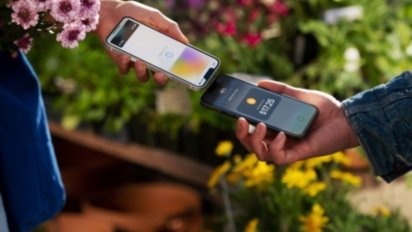 Businesses that use Square as a payment processor will now be able to use Tap to Pay on iPhone using the company's point-of-sale app.
By Andrew Orr | 2 months ago
2 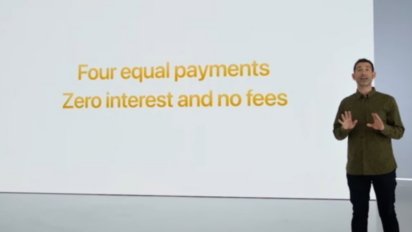 Apple Pay Later may not arrive until 2023, a report claims, with technical problems getting in the way of Apple formally launching the installment payment service.
By Malcolm Owen | 2 months ago
10 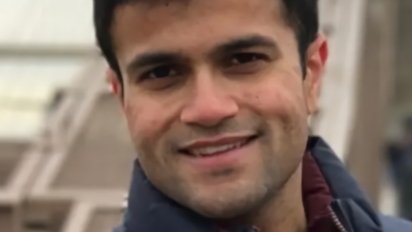 As Apple is gearing up for new financial services, Apple Card's head of credit, Abhi Pabba, has left the company
By Andrew Orr | 2 months ago
2