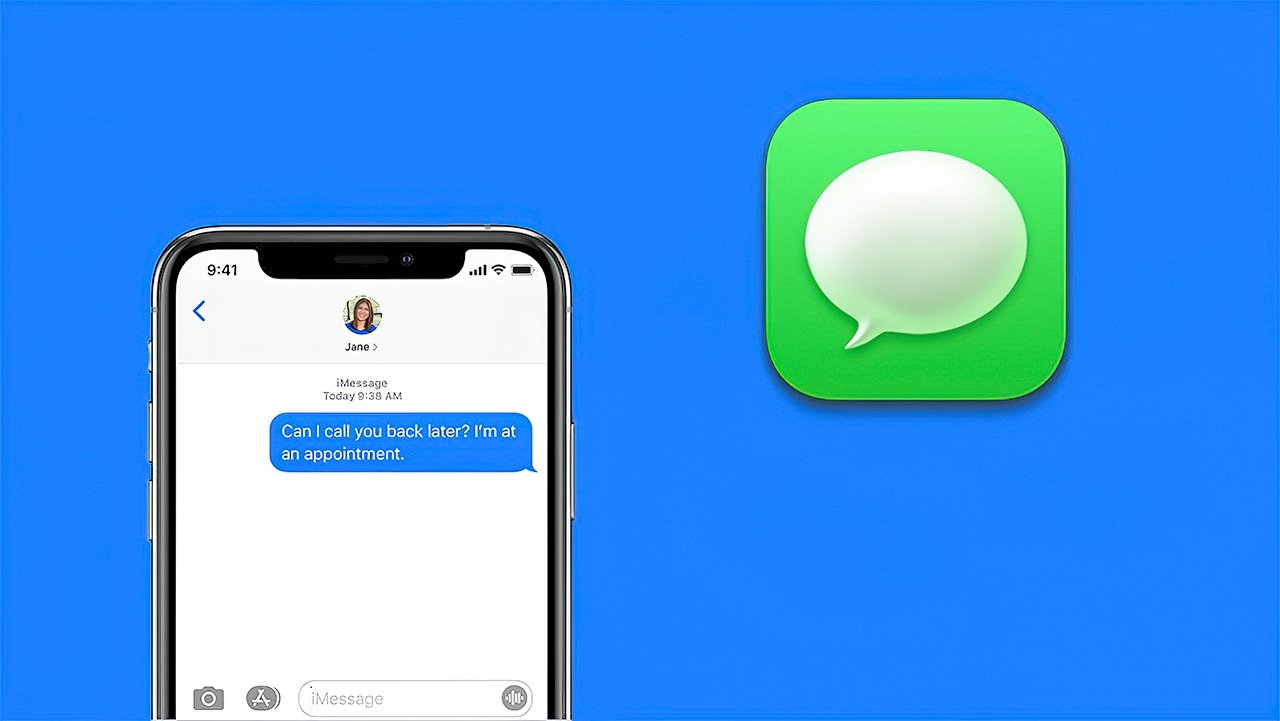 iMessage is an internet-based messaging service in the Messages app on iOS, iPadOS, and macOS. It differs from SMS in its use of end-to-end encryption and enhanced chat features. On Apple devices, iMessage chats appear as blue bubbles, while SMS conversations have green bubbles. It supports easy media sharing, message effects, and stickers.

Apple's iMessage is an instant messaging service baked into the Messages app on iOS, iPadOS, and macOS. It has end-to-end encryption for maximum privacy and a growing feature list that allows for greater self-expression than standard text messaging.

When a chat in Messages contains only Apple device users, the chat uses the iMessage protocol. All parties will need to have the service turned on and linked to their iCloud account in their device settings.

When you send a message on an Apple device, the Messages app will check with Apple whether the cellular number is registered with iMessage. This determines whether it will use iMessage or standard text messaging (SMS/MMS).

iMessages appear as blue bubbles in the Messages app while SMS messages use green bubbles. Group chats will only use blue bubbles and iMessage protocols if every member of the chat has an Apple device with the feature enabled.

Internet-based messaging services have become popular because of the number of features they enable. Stickers, TapBack reactions, and improved image quality are just some of the perks of using iMessage, WeChat, or Facebook Messenger. SMS is an old protocol that relies upon aging phone systems with limited text messaging length and few features.

Apple's iMessage has become popular, especially in the United States, because it resides within the default texting app and doesn't cost money to use. All of these features combined to create the "blue bubble" vs "green bubble" social split. Android users or anyone using SMS are often pressured to switch to iPhone due to the lack of iMessage features.

Some describe this as a feature lock-in on Apple's part, as well as a source of bullying for some users. Apple has acknowledged that it has a competitive advantage in keeping iMessage within its ecosystem but doesn't see it as a form of lock-in.

Apple encrypts iMessage on your device, so even they can't read them while they're in transmission between devices. The only way anyone could read your messages was if they had access to either an unlocked Apple device that was participating in the chat, its passcode or biometric login, or the device's backups.

In your device's settings, you can choose to leave messages on your device for 30 days, one year, or indefinitely.

The Messages app on iOS, iPadOS, and macOS supports both iMessage and SMS.

If you don't use any effects, apps, or stickers, chatting in iMessage will look similar to texting with a contact through SMS. The primary difference is blue chat bubbles for iMessage and green bubbles for SMS. You will also see the light gray "iMessage" status in the empty text box for iMessage chats vs. a light gray "Text Message" for SMS.

Another significant difference is that you would see typing indicators (an animated ellipsis) when an iMessage contact typed in their text box. If the person you're chatting with has read receipts turned on, you would also see the words "Delivered" change to "Read" once they open the Messages app to read your message.

You can universally toggle the sending of read receipts on or off. You can also switch them on or off for individual chats. Receiving others' read receipts depends entirely on their settings, not yours.

iOS 16 introduces the ability to undo send or edit messages for up to fifteen minutes after being sent in an iMessage chat. The recipient also needs to be on iOS 16 to see the change take place.

You can share media by selecting the Photos app from the row of icons below the text box and choosing one or more pictures or videos. Alternatively, you could choose a photo from the Photos app and then use its share sheet to select an iMessage contact.

You can take a picture or video directly from an iMessage chat by choosing the camera icon next to the text box. After taking a pic or recording a video, you can edit it or add effects. You can also use Markup to draw on photos before sending them.

You can send audio messages by holding down the audio icon in the text box. You will then have the option to preview or cancel the recording before sending it. By default, the Messages app deletes audio messages after two minutes, but you can change that setting to allow them to stay on your device indefinitely.

You can attach any other kind of file in iMessage using the Share Sheet from the Files app.

SharePlay has made its way to iMessage, so users can start a SharePlay session and chat via iMessage instead of starting a FaceTime call. The feature works the same as it does on FaceTime with synced video and audio playback with individual controls.

The Messages app allows you to mute conversations, so you no longer receive notifications from them. To do this, swipe left on the chat from the conversations list and choose "Hide Alerts" (on iOS 14, it is a purple bell icon with a cross through it).

If someone contacts you and you want to report it as spam, you'll see an option to "Report as Junk" at the bottom of their unsolicited message. This option will only be there for incoming messages from unknown numbers.

Effects send a message with an animation that your recipient will see on their screen. Holding down on the send button brings up the option for bubble effects (slam, loud, gentle, or invisible ink) or screen effects (echo, spotlight, balloons, confetti, love, lasers, fireworks, or celebration).

iMessage apps reside in a row of icons below the text box in an iMessage chat. Apple gives you default iMessage apps for the following:

iMessage apps can include games, where friends in the same chat can play together. Third-party iMessage apps don't have access to any of your info or data.

Stickers differ slightly from regular images or GIFs. If you send a sticker on its own, it will appear as an image or animation, but you can also drag and drop one or more stickers on top of chat bubbles, photos, videos, or other stickers.

Tapback lets you react to a specific message without typing a new message. Long-pressing or double-tapping on a chat bubble enables you to choose from several emoji reactions: love, like, dislike, laugh, emphasize, and question. The emoji appears as a pop-up bubble on top of the chat bubble.

Google began rolling out support for Apple's Tapback reactions in its messaging client on Android. Now some Android users will see emoji reactions in conversations with iPhone users.

Introduced with the iPhone X in 2017, Animoji are animal characters that play your voice and mirror facial expressions using Face ID sensors. The following year, Apple added Memoji, which does the same with an avatar that you can customize to look like you.

In addition to these tracked animations, you can also send static Memoji and Animoji stickers, posing in various pre-designed reactions such as thumbs-up, laughing, in love, and mind blown.

Messages in iCloud syncs messages – both iMessage and SMS – so they're automatically in sync on all your Apple devices. It saves attachments in the cloud to free up device storage, and if you delete a message on one device, it disappears on all of them.

Messages in iCloud can be toggled on and off in device settings.

The Messages app allows you to name the group and add or remove members.

iMessage chats support all iMessage features. However, if one or more group members are non-iPhone users, all messages will send as standard text messages (MMS) rather than iMessage, and that chat won't have any enhanced features.

Big Sur marks the first time Messages on Mac has enhanced iMessage features like quick access to the Photos app, Memoji stickers, GIFs from #images, and effects. The new Messages app is a Mac Catalyst app, using Messages for iPadOS as its backbone.

In iOS 14 and Big Sur, you can pin chats to the top of the conversations list. Appearing as large and round icons, they will always stay at the top unless you manually remove or replace them.

Inline replies are also included in iMessage in iOS 14 and Big Sur. When you long-press or double-tap on a chat bubble, you can choose "reply" to compose a new message replying to a previous message in the same conversation. A small box next to your reply will reference the original message.

Inline replies work in both one-on-one and group chats.

Group chats also add mentions. To mention someone from a chat, type the name of that person in the group conversation, and it will highlight. Tap their highlighted name, and you'll see a bubble with their name pop up. When you tap the bubble, it will notify that chat member when you send your message – even if they have muted the conversation.

You can also set an image and custom name for group chats. 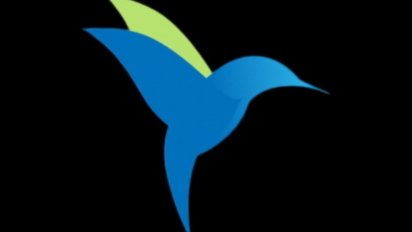 iMessage may be coming to Android with Sunbird

iMessage may be coming to Android with Sunbird

Android users may finally get an easy way to get iMessage in 2023 thanks to a new app called Sunbird.
By Andrew Orr | 4 hours ago
6 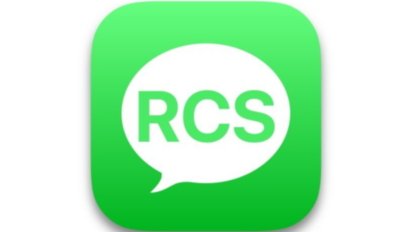 Google is practically begging Apple to adopt RCS, but still isn't all-in itself

Google is practically begging Apple to adopt RCS, but still isn't all-in itself

In the middle of a push by Google to make Apple adopt the RCS messaging standard, a Google executive admits it's been a messy and incomplete process.
By Andrew Orr | 1 month ago
27 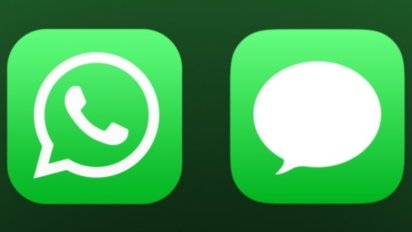 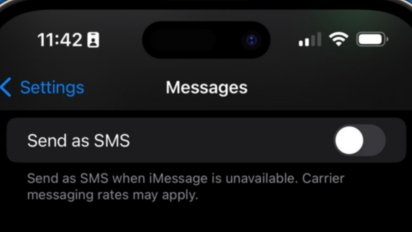 How to stop iMessage from reverting to SMS

How to stop iMessage from reverting to SMS

When an iPhone can't send an iMessage over the internet, it reverts to unencrypted SMS texts automatically. Here's how to prevent that from happening.
By Wesley Hilliard | 1 month ago 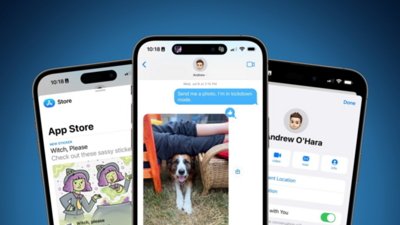 A sketchy leak suggests that Apple is working on an updated version of iMessage with chat rooms and AR features built for a headset.
By Wesley Hilliard | 1 month ago
6 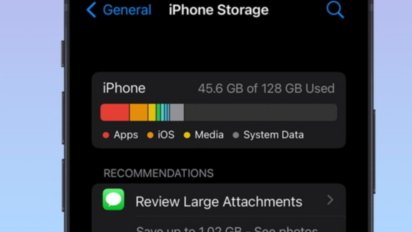 How to manage iMessage storage in iOS 16 & iPadOS 16

How to manage iMessage storage in iOS 16 & iPadOS 16

Clear up additional space on your iPhone and iCloud by managing your iMessage storage.
By Amber Neely | 1 month ago 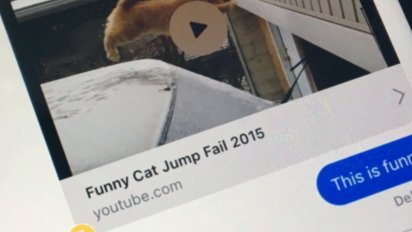 How to pin articles and videos sent over Messages in iOS 16 and iPadOS 16.1

How to pin articles and videos sent over Messages in iOS 16 and iPadOS 16.1

If there's a link in a Messages conversation you want to refer to in the future, here's how to keep track of important information by pinning them in iOS 16 and iPadOS 16.1.
By Malcolm Owen | 3 months ago 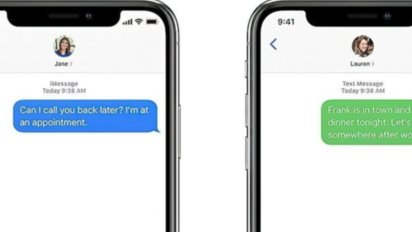 Android amps up campaign to push Apple into adopting RCS

Android amps up campaign to push Apple into adopting RCS

Android has launched a new website highlighting some of the challenges in interoperability between Android and iOS — and has urged Apple to adopt RCS to address it.
By Mike Peterson | 3 months ago
36 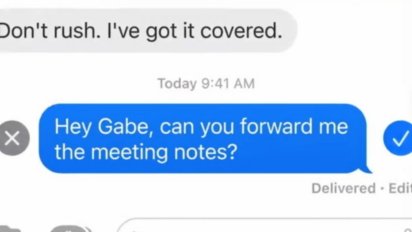 The Secret Service is considering preventing employees from using iMessage on agency iPhones in the future, with claims the loss of text messages relating to the January 6 Capitol insurrection were due to the way encrypted messages are managed.
By Malcolm Owen | 4 months ago 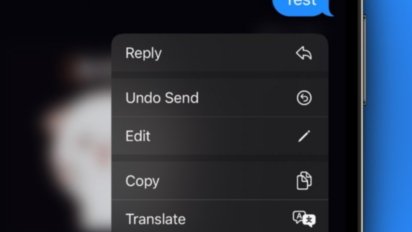