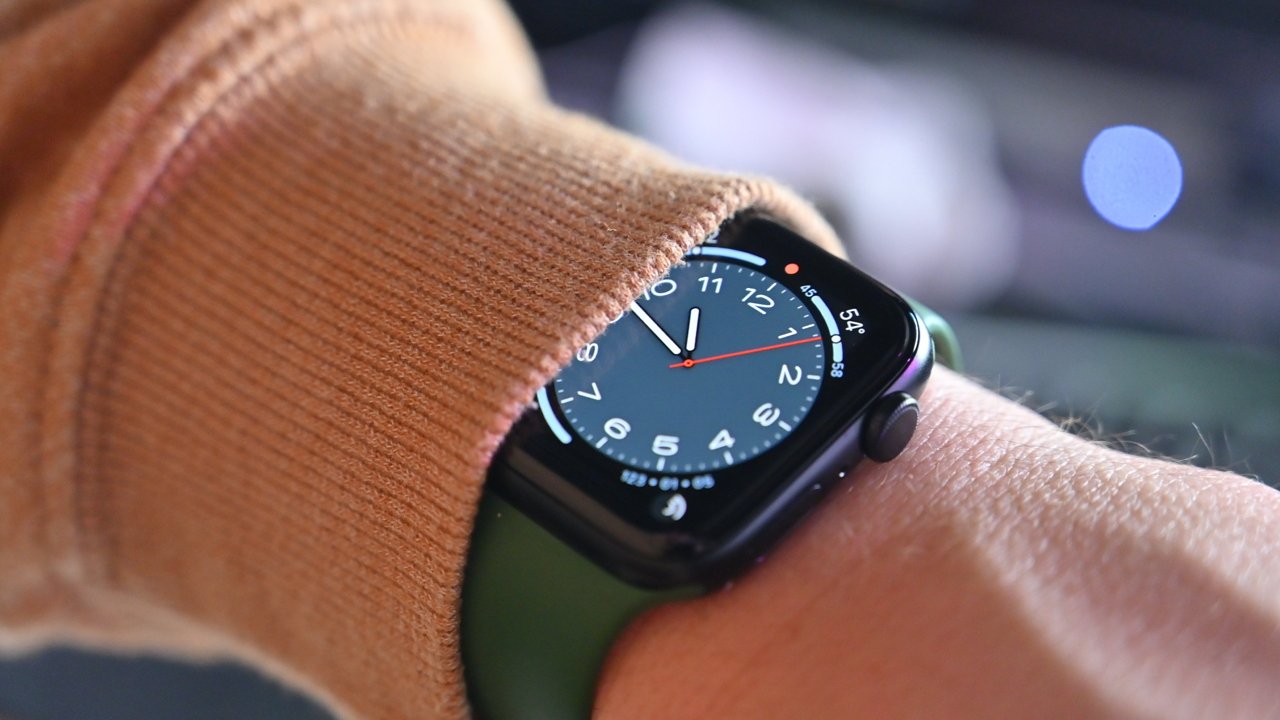 Apple Watch SE is in its second generation with the S8 SiP processor, Crash Detection, and a lower starting price. It is built with a budget in mind, reusing the older Apple Watch Series 4 design, limited health tracking, and a basic feature set.

The first generation Apple Watch SE was nearly identical to the Apple Watch Series 4, but didn't exactly act as a budget model. Apple was able to cut more costs and reduce the price in the second generation while keeping all the same health features with an all-new processor.

The flagship Apple Watch Series 8 and Apple Watch Ultra contain every possible health sensor and feature that can be packed into a wearable. The budget model takes a more affordable approach by only including what is needed to run the watch, health features, and basic workout functions.

The Retina display used in Apple Watch SE is an upgrade from the postage-stamp style of the Apple Watch Series 3 that came before. It is an edge-to-edge design but not quite as curved as the latest models. 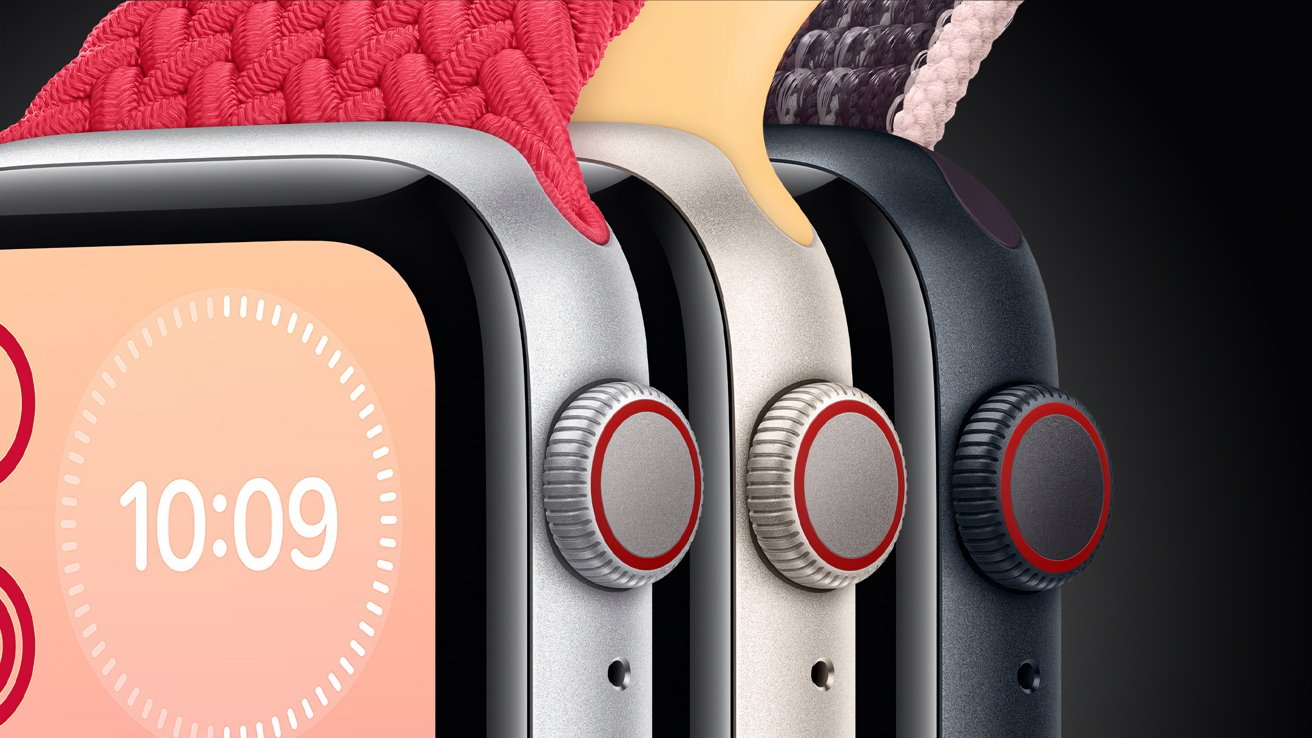 Raise-to-wake allows users to view the clock or current app with a wrist gesture since it does not offer an always-on mode. It has a barometer, advanced 3-axis gyroscope, and improved g-force accelerometer that enables the Crash Detection feature.

The Digital Crown has the same haptic feedback as the Apple Watch Series 5. The microphone and speaker are both the same as the first-generation model.

Apple exchanged the glass cover on the back case for a plastic composite. It is color matched with the case and likely helps in production cost reduction. Apple claims this change reduces its production carbon emissions by 80%.

Generally, Apple includes the previous year's processor in its budget products to keep prices down. However, for the second generation Apple Watch SE, Apple used the S8 SiP.

This newer processor isn't more powerful than the previous two generations due to using the same CPU. It does have new portions dedicated to the Crash Detection system and is necessary for the feature.

Apple has not indicated if the new processor improves other tracking metrics due to the faster accelerometer sampling rate and other minor changes.

Fall Detection and Crash Detection are available in this model. When a user falls or is in a car crash, the Watch can use advanced algorithms to detect them based on wrist trajectory and impact acceleration. If a user is unresponsive, the Apple Watch will call emergency services after a 60-second delay. 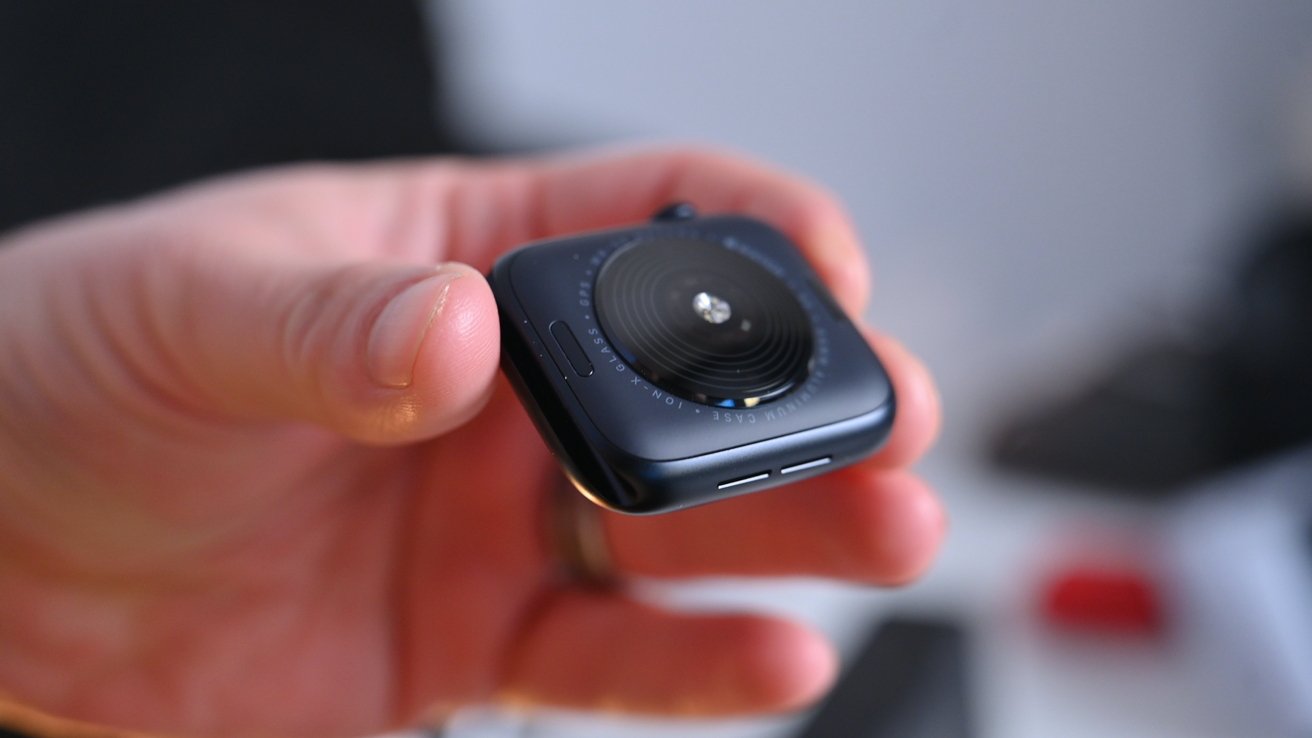 The rear casing is made of a color-matched plastic composite

The Apple Watch SE retains the heart-rate sensor that has been in every generation of Apple Watch. It alerts users to abnormal heartbeats or increased heart rates. These alerts have saved many lives as they direct users to seek medical help before potential cardiac arrest or other events.

Family Setup lets users set up their children's Apple Watches without needing a dedicated iPhone. Children in the household get their own phone number for each Apple Watch, allowing the family to keep in touch even if the kids don't have phones.

Family Setup lets parents specify with which contacts children can communicate. Parents can also get automatic location notifications to keep tabs on where their family is. Kids can use their Apple Watch to track their movement and all Apple Watch activity features.

Schooltime Mode is a feature that helps kids stay focused in class. It limits available features, activates Do Not Disturb during the school day, and provides a unique watch face. 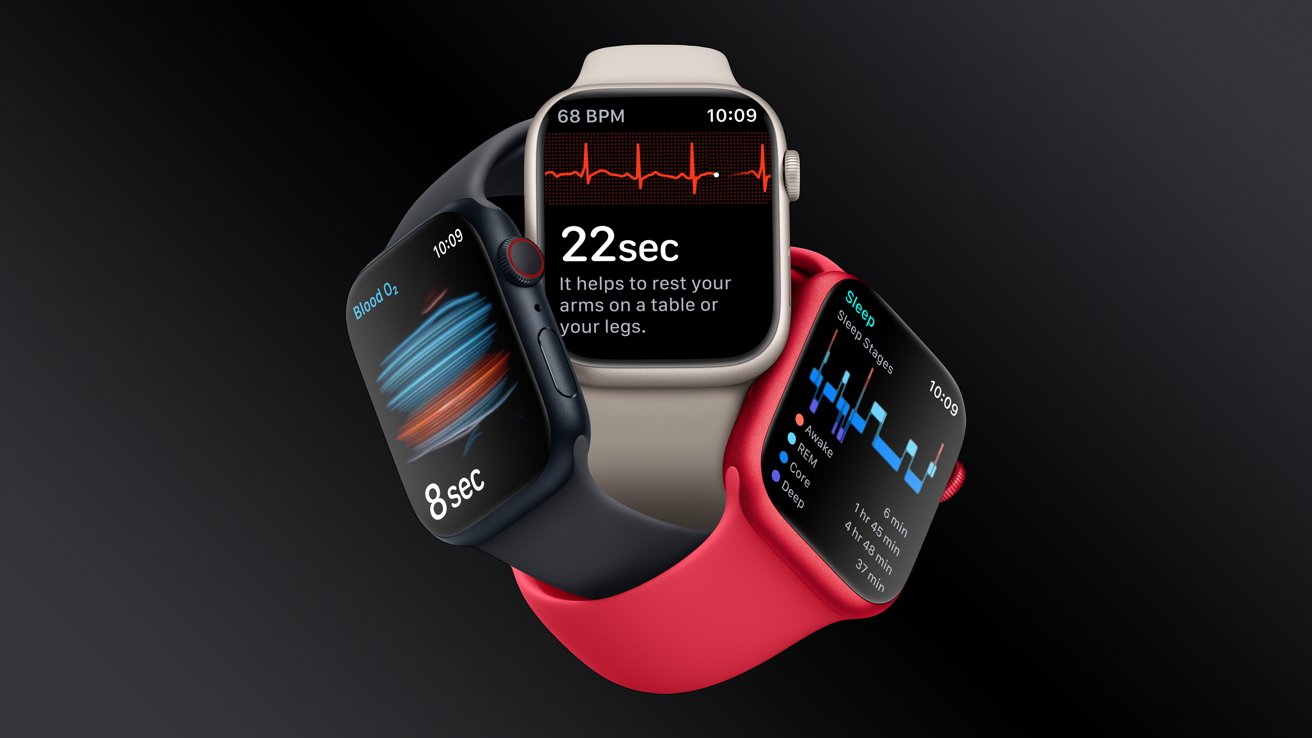 Blood oxygen, ECG, and temperature sensing are not available in the budget Apple Watch

Users can take a single-point ECG using an electrical circuit created between the heart-rate sensor on the Watch and a finger placed on the Digital Crown. It then takes an electrocardiogram over 30 seconds to determine if any issues are there.

The Apple Watch Series 6 and later can take blood-oxygen levels during use and manually by doing a 15-second reading. This information can determine how much oxygen passes into the bloodstream, indicating lung conditions and other ailments.

Temperature detection is available in the Apple Watch Ultra and Apple Watch Series 8. It tracks body temperature during sleep and can alert users to inadequate sleeping conditions or tell someone if they've ovulated.

The second-generation Apple Watch SE is the ideal entry model and the best choice for parents. It is an attractive option for users who want a low-cost wearable for their iPhones. 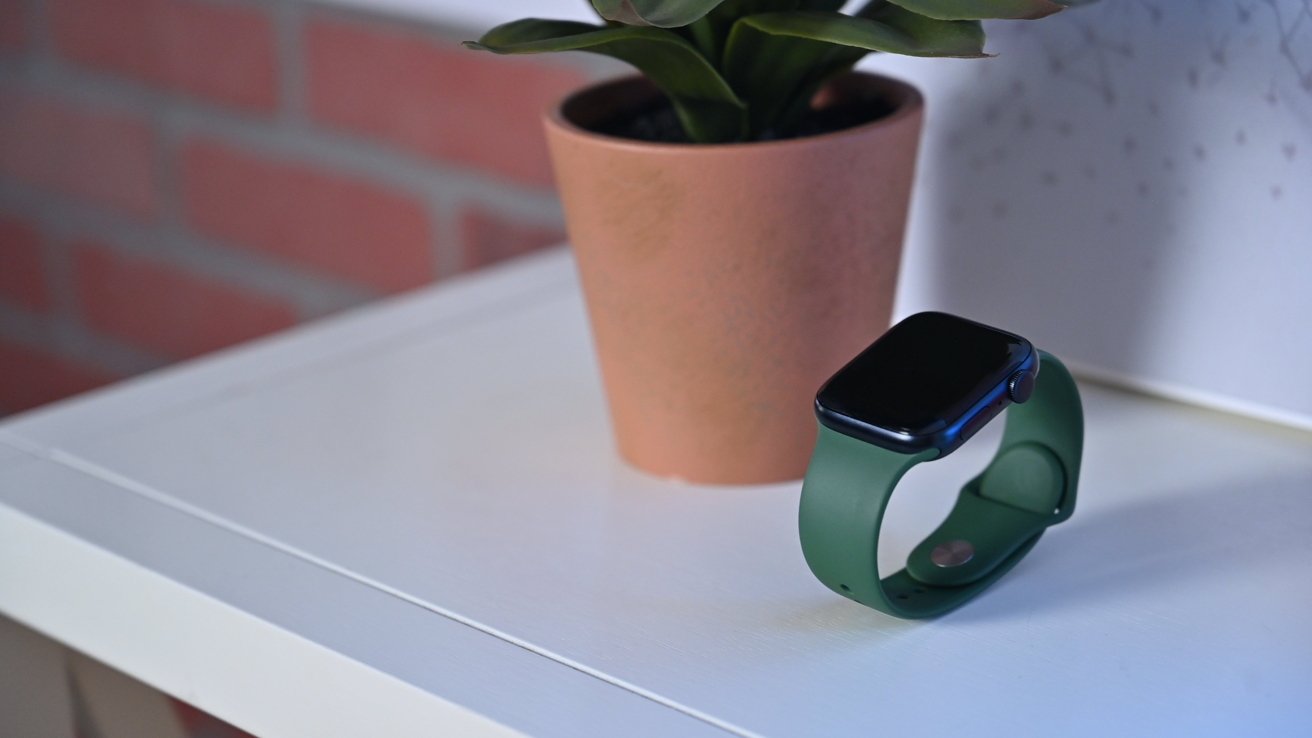 A budget model with few compromises

It has rounded corners, the most recent S8 SiP, and even offers Crash Detection. Users can get heart rate data, track workouts, and perform sleep tracking too. It is an Apple Watch all the way through.

Parents have a great choice in this budget model. Rather than handing a child a complicated iPhone that can easily be lost or broken, strap a cellular watch to their arm, and they're ready to go. 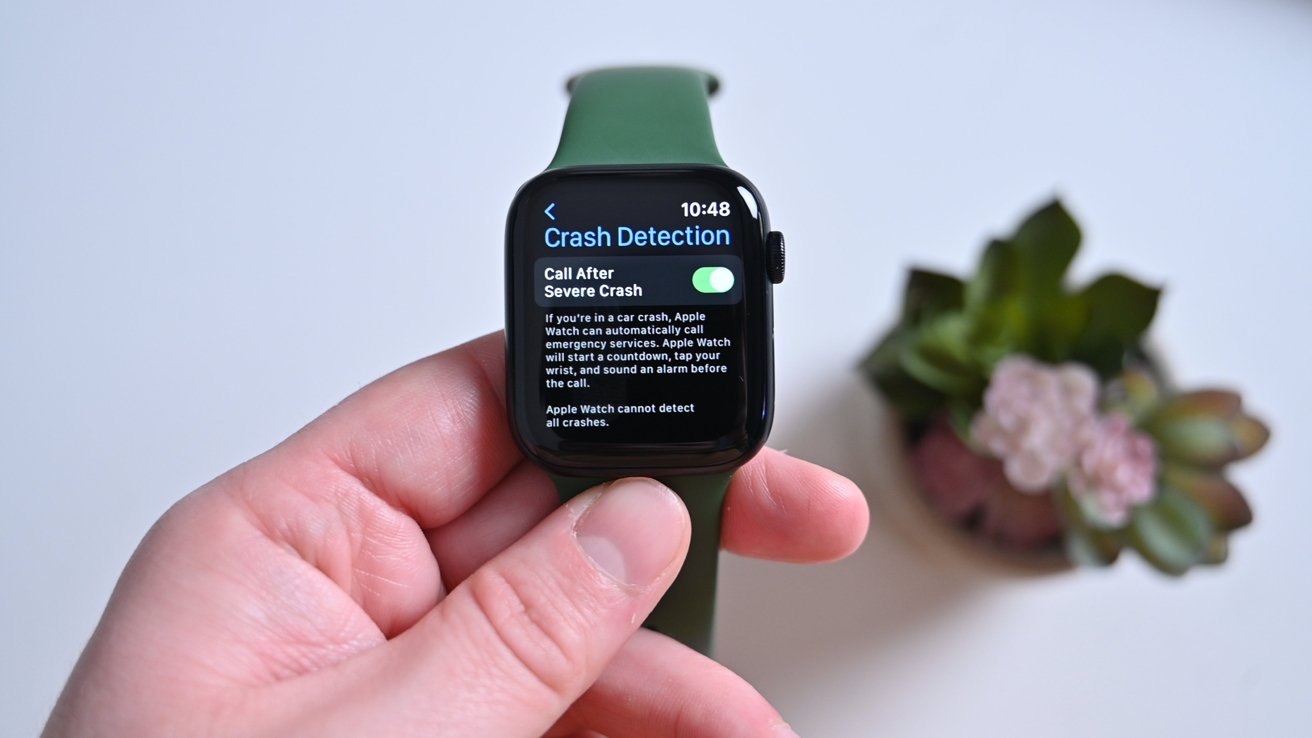 Crash Detection is included for some peace of mind

The low cost of this model will surely affect the secondhand market. It offers many of the features people expect from an Apple Watch, and costs less, even with cellular.

If you're in the market for an Apple-compatible smartwatch or want to upgrade from the Apple Watch Series 3, this is a great option. You'll be lacking an always-on display and some health features, but likely won't miss them either.

Read the full Apple Watch SE Review from AppleInsider and see why we gave it a 4.5 out of 5. 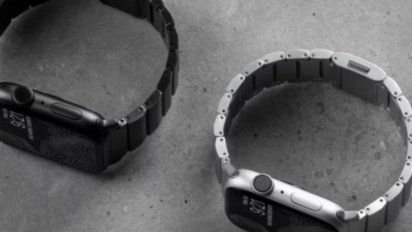 After the success of its titanium and stainless steel metal link Apple Watch bands, Nomad is out with its latest offering, an aluminum band to match Apple's entry-level wearables.
By Andrew O'Hara | 3 weeks ago
1 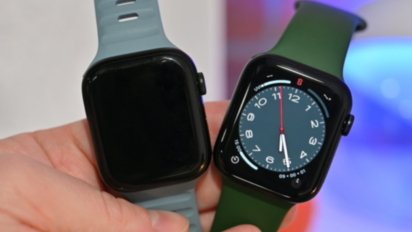 Apple unveiled the second generation of the Apple Watch SE at Wednesday's "Far Out" event. Here's how it compares to its predecessor.
By Andrew Orr | 2 months ago
5 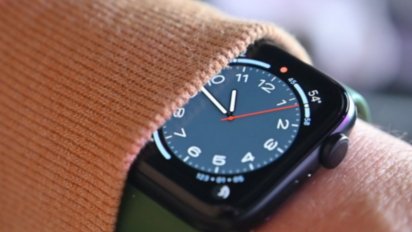 The second-generation Apple Watch SE upgrade is the ideal starter Apple Watch, and the best choice for parents who want their child to have one.
By Mike Wuerthele | 3 months ago
5 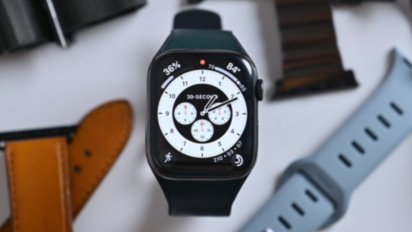 Now that the new Apple Watch models are out, companies are shipping new bands for any fashion sense. Here are the top picks for Apple Watch Ultra, Apple Watch Series 8, and Apple Watch SE 2022.
By Appleinsider Staff | 3 months ago 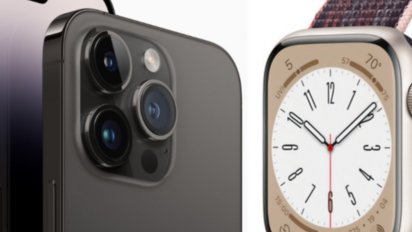 Apple has released the iPhone 14 range, three Apple Watches, and the updated AirPods Pro, but if you place an order through Apple now, you'll be waiting until October. Here's how to get them quicker, elsewhere.
By William Gallagher | 4 months ago
3 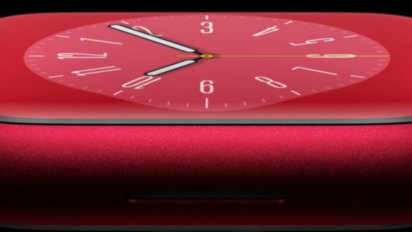 Apple Watch Series 8 and Apple Watch SE reviews are in, and while the new Crash Detection and temperature sensing features are useful, most say upgrades aren't necessary unless buyers are coming from very old models.
By Wesley Hilliard | 4 months ago
15 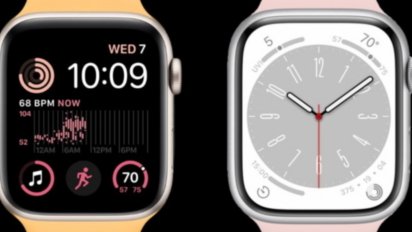 Apple released the Apple Watch Series 8 alongside an updated Apple Watch SE on September 7. Here's how they compare with one another.
By Andrew Orr | 4 months ago
6 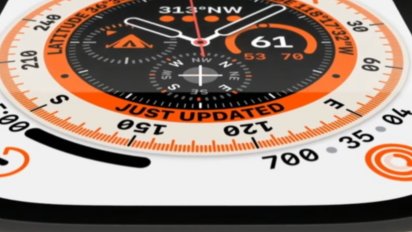 New regulatory filings show that the Apple Watch Ultra has a battery that is 76% larger than that in the Series 8, and more than double the size of the small Apple Watch SE.
By William Gallagher | 4 months ago
1 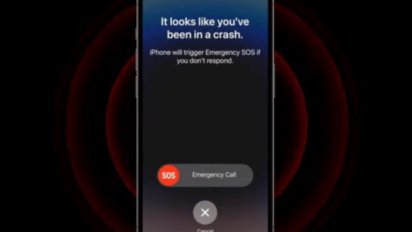 Apple has shared a new video that explains how its new Crash Detection feature can detect serious car crashes and alert emergency responders automatically.
By Amber Neely | 4 months ago
3 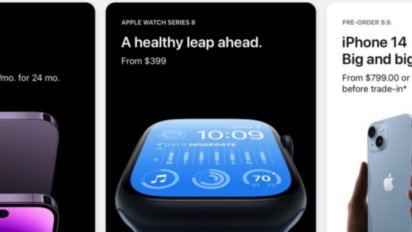 The Apple Store online has just reopened to accommodate preorders for the Apple Watch Series 8, Apple Watch SE, and Apple Watch Ultra — but not yet for the iPhone 14.
By Mike Wuerthele | 4 months ago
2