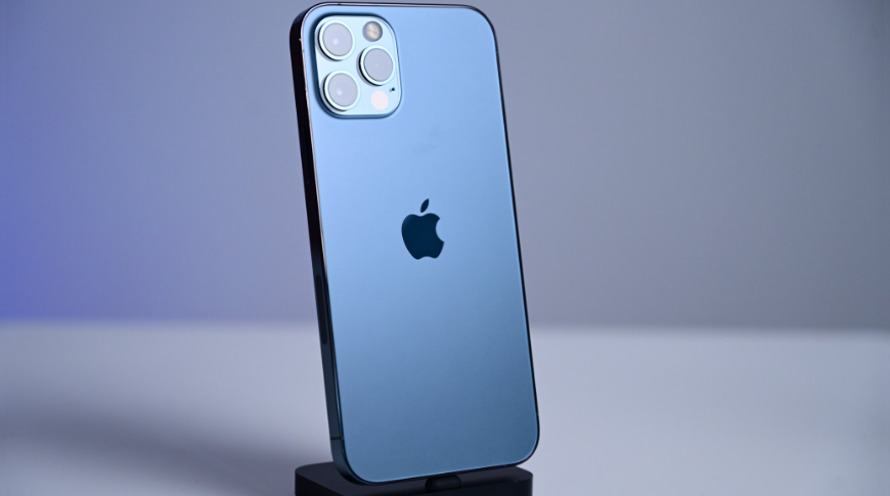 iPhone 12 and iPhone 12 Pro review: Massive upgrade in every regard

The iPhone 12 Pro is the smaller of two pro-level phones in Apple's 2020 iPhone lineup. It has a glass and stainless-steel design with flat edges. The three-camera system and LiDAR sets this model apart from the standard edition.

There are four new iPhone models in the fall lineup, with this model as the smaller of the two pro-level phones. This device has a bigger 6.1-inch Super Retina XDR display compared to the iPhone 11 Pro. It also has a triple-camera system and LiDAR.

Apple changed some iPhone design characteristics in its fall 2020 lineup. The new models have the same edge-to-edge screen with a notch, but an old design paradigm returned: flat sides. The last iPhone with that design was the original iPhone SE. It gives the new iPhones a distinctive yet classic look and feel. This follows the iPad Pro, which also moved to a flat-sided design in its third generation.

The smaller Pro model increases from 5.8-inches to 6.1-inches this generation. The screen size increase further differentiates it from the 5.4-inch iPhone 12 mini at the bottom of the lineup.

All the iPhone 12 models use Apple's Ceramic Shield front cover, which the company developed in partnership with Corning. It adds "a new high temperature crystallization step that grows nano-ceramic crystals within the glass matrix, increasing drop performance by 4x."

New for 2020, the pro-level iPhones are also equipped with a LiDAR sensor, which can perform time-of-flight calculations to generate a 3D map of the surrounding area. This is similar to the TrueDepth camera's capabilities, but on the back of the iPhone.

Apple slightly reduced the borders in the new models. In the iPhone 12 Pro, this makes for a slightly bigger device with an even bigger display size.

Compared to the iPhone 11 Pro, the iPhone 12 Pro is 1.9% taller and 9.4% thinner. The new model is also slightly heavier than its predecessor.

In our review, AppleInsider gave the handset a 4.5 out of 5 score. We praised the new design, slightly larger display, speedy A14 chip, and camera.

On the update design:

This year, Apple's iPhone undertook its biggest design overhaul since... the last time it used this design. It feels very familiar to anyone who has used the iPhone 5 or iPhone 5s.

That isn't a dig by any means because the design looks fresh and feels great in the hand. It makes the phone feel slimmer and more substantial.

Apple wasn't necessarily trying to copy its used design. The flat sides just look more modern, just as they do with the iPad Pros and now iPad Air.

We also can't overlook that it has made it easier to stand up our phone to take photo thanks to that flat bottom.

On the new camera:

The cameras on the iPhone 12 line are simply stunning. Apple once more dedicated a significant amount of time during its unveiling touting the incredible capabilities of the handsets.

While the competition continues to oversaturate its images and toss on near-unusable 100X zoom capabilities, Apple has focused on the core cameras, which is what most people tend to use in day-to-day shooting. When it does introduce new features, they are technologically impressive and practically useful rather than just marketing fodder to mock the competition in social ads.

What may prove to be one of iPhone 12's biggest features is near invisible to the naked eye, and one that won't mean diddly if you don't drop down some change on additional accessories.

MagSafe is a new accessory protocol that allows for everything from cases, to docks, to chargers, to wallets, and much more to be integrated right onto the phone.

It is only a matter of time before a plethora of MagSafe accessories start hitting the market, from MagSafe-enabled PopSockets, car mounts, docks, multi-chargers, wallets, folio covers, tripod mounts, lighting rigs, and so much more.

There's no limitation on what a MagSafe accessory can be and we are very excited by what accessory makers will come up with.

That represents about a 20 percent improvement on the single-core score and about 15 percent gain on the multi-core. These are the kinds of improvements that don't just sound good on paper, you can actually appreciate them in real use.

Launching apps — such as the camera — can be a second or so faster. At this point, that seems fairly small, but for something like the Camera app, it makes a noticeable difference when you're trying to fire off a shot before the moment has passed.

We also need that additional processing power for those new Dolby Vision 4K videos we are shooting. Once more with Apple, it is more about the future than the present. These processors will still be kicking in several years other than creating a processor that is only suitable for today's needs.

The decision between pro-level and standard handset is tougher than ever, with more casual shoppers being more than fine with the iPhone 12. However, this smaller Pro model offers significant camera upgrades with a more premium design. While 5G has a promising future, don't expect to see dramatic wireless improvements in the short-term. 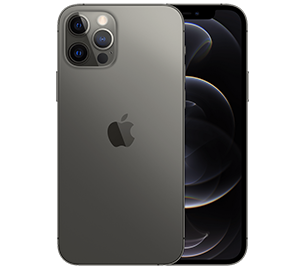 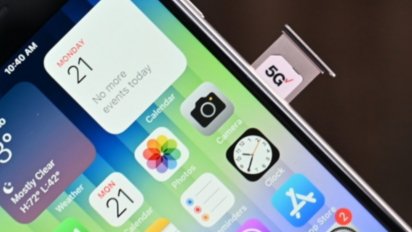 There is a new report out about the world's fastest 5G mobile devices, and the iPhone 14 Pro family sits in the top spot in most countries.
By Andrew Orr | 1 week ago
9 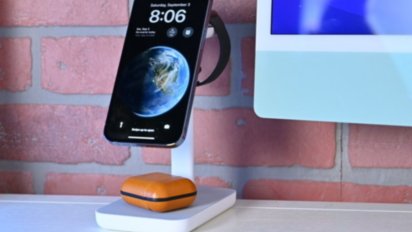 The Twelve South HiRise 3 is a three-device charger that solves a specific problem with most MagSafe chargers but doesn't bear Apple's MFi approval.
By Andrew O'Hara | 3 weeks ago
0 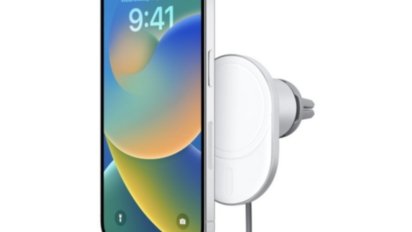 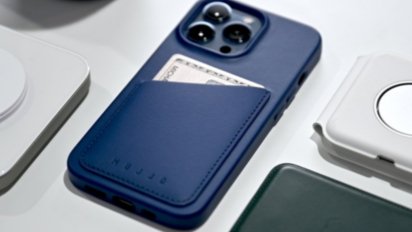 Third-party MagSafe chargers are about to become much more varied, as Apple is now offering an updated MagSafe module to manufacturers that isn't the bright white circle that has been standard since launch.
By Andrew O'Hara | 1 month ago
1 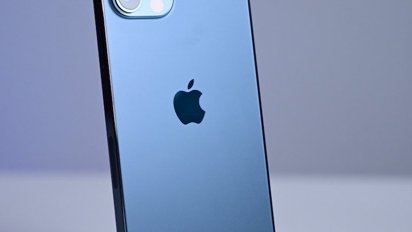 Apple has extended its repair program for iPhone 12 models that experience earpiece sound issues for an additional year.
By Amber Neely | 3 months ago
0 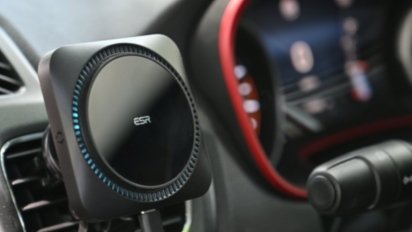 ESR has updated its excellent HaloLock MagSafe-compatible car charger with its CryoBoost technology to combat one charging' s biggest drawbacks — heat.
By Andrew O'Hara | 3 months ago
12 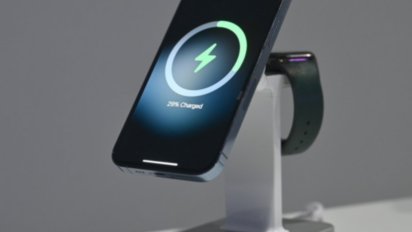 The new OtterBox 2-in-1 Charging Station with MagSafe has a clean Apple-like design with fast charging support for Apple Watch Series 7.
By Andrew O'Hara | 3 months ago
2 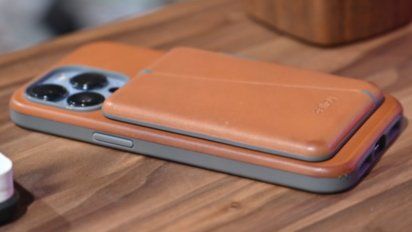 Bellroy's Mod Case + Wallet may be the ultimate solution for those who want a great MagSafe iPhone case with a matching wallet as it fixes some of Apple's missteps.
By Andrew O'Hara | 4 months ago
6 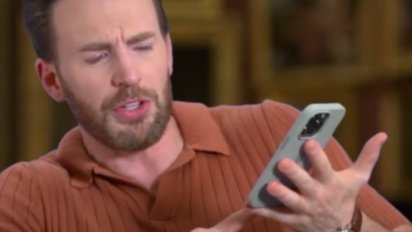 Despite being an Apple TV+ alum, Chris Evans isn't a fan of his iPhone 12, says he misses the Home Button and would happily switch back to a working iPhone 6s given the chance.
By Wesley Hilliard | 4 months ago
45 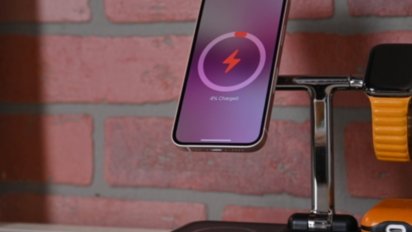 Hyper's 4-in-1 MagSafe-compatible charging tree is the most capable MagSafe charger yet, though its price tag is a hard hurdle to climb.
By Andrew O'Hara | 4 months ago
2