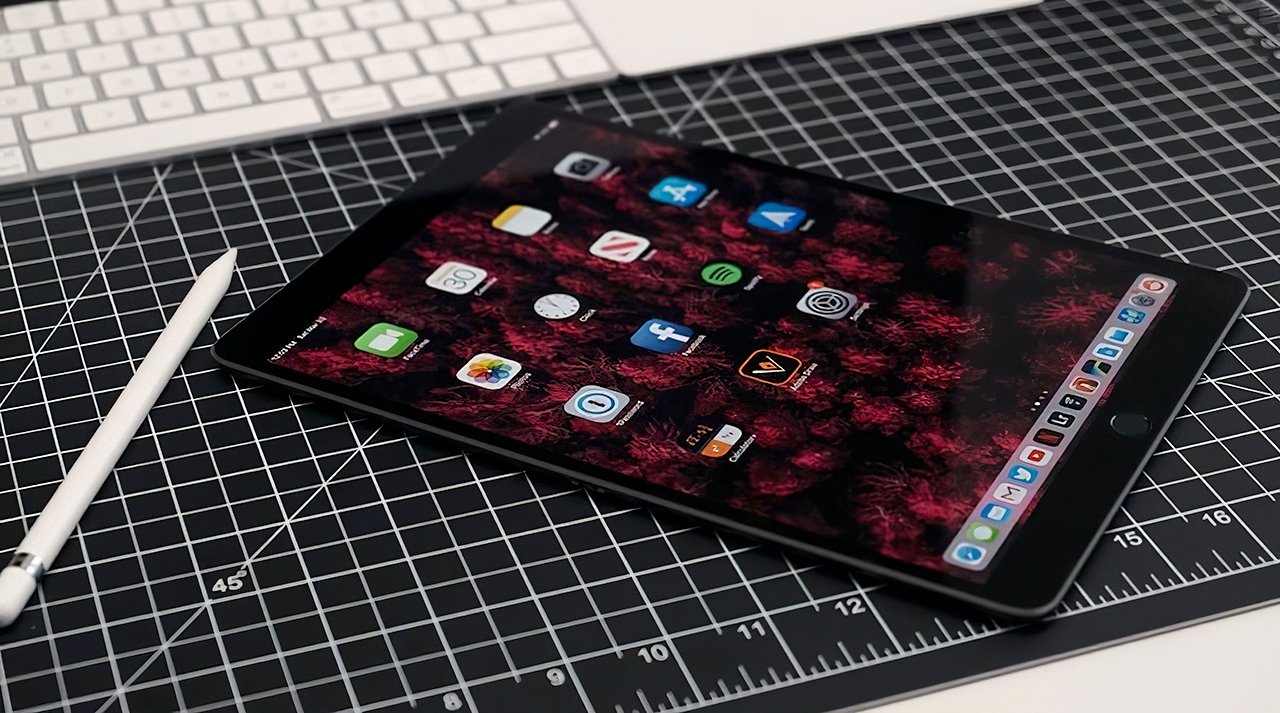 The iPad Air 3 had the old iPad design with Home Button and Touch ID. While Apple Authorized Resellers still sell it at a discount, the iPad Air 4 took its place in Apple's tablet lineup. The A12 Bionic processor and reduced price may still appeal to those looking for an iPad at a discount.

The iPad Air line originated in 2013, named with the same "Air" moniker used for thin and light MacBooks. The iPad Air 3 is a mid-tier tablet for those who don't want Face ID or to spend too much. The iPad Air 4 replaced this tablet in October 2020.

It runs iPadOS, meaning you get all the features and apps you've come to expect from an iPad.

Soon after Apple launched the redesigned 11-inch iPad Pro, the company recycled many iPad Pro 10.5 features and design details in this 2019 iPad Air update. Compared to the 10.5-inch iPad Pro, the iPad Air 3 uses the same basic design, display size, and resolution, and it works with the same Apple Smart Keyboard and Apple Pencil. However, the iPad Air 3 has an updated processing chip, lacks the 120Hz ProMotion display, and has weaker cameras.

Apple had previously used the iPad Air brand in 2013 and 2014, highlighting light-and-thin design advances the company had made in those years. At that point, it served as the flagship iPad, while the iPad Air today is a mid-ranged option next to the premium iPad Pro line.

The iPad Air uses the first-generation Apple Pencil. Previously reserved for the iPad Pro line, the Apple Pencil has since propagated through the entire iPad lineup. With the laminated display of this model, using the Apple Pencil on its screen still feels as natural as ever.

The Apple Pencil charges via the iPad's lightning connector and does not offer the magnetic charging capabilities required to use the second-generation pencil. 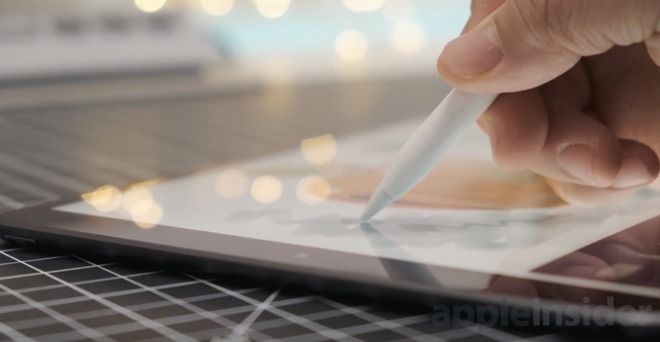 Of note, even though this iPad shares many similarities with the 10.5-inch iPad Pro, it is missing one key element. There is no ProMotion display, which means you are not getting the automatically-adjustable 120Hz refresh rate that iPad Pros have.

The A12 Bionic was Apple's go-to chipset for this generation of mid-tier tablets. With 3GB of RAM, you can run any app and multitask using iPadOS. Games run great at 60fps with no perceived lag, as AppleInsider tested Fortnite on the hardware.

Apple launched the Smart Connector with the original iPad Pro in 2015, hoping third-party accessory makers would design new pro accessories with an easy connection. Very few accessories ever took advantage of this, and almost all were keyboards. The Apple Smart Keyboard is what Appleinsider recommends for the iPad Air, along with these accessories.

The Apple Smart Keyboard lacks the trackpad cursor input found in the Magic Keyboard the company launched in 2020. Apple's latest keyboard only works with the iPad Pro lineup from 2018 and 2020 and the iPad Air 4.

The rear camera is 8MP and capable of capturing Live Photos in wide color, though limited to 1080p video recording. Apple updated the front-facing camera this generation to 7MP, allowing for 1080P FaceTime and video.

The audio is limited to two stereo speakers, unlike the four in the iPad Pro line. These speakers still sound great, although it is easy to block one of the speaker grates when holding the iPad.

The iPad Air 3 was Apple's reboot of the iPad Air line, which it had discontinued in early 2016 after the company launched the iPad Pro 9.7. Apple appears to be sticking with the tablet line as its new mid-ranged iPad, falling between the premium iPad Pro and budget 10.2-inch iPad.

This 2019 model was the last iPad Air with a Touch ID Home Button and classic design. Apple's 2020 iPad Air uses a design reminiscient of the 11-inch iPad Pro. The iPad Air 4 has a 10.9-inch screen that nearly stretches from edge to edge. To keep its price down, it skips Face ID, opting instead for Touch ID in its power button.

No significant leaks have pointed yet to an iPad Air 5, but we can expect Apple to next update the line sometime in 2021 or 2022. 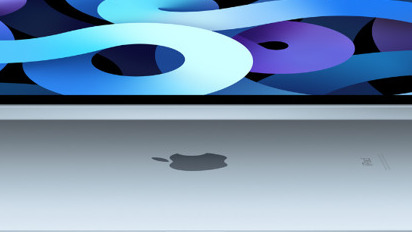 At Tuesday's "Time Flies" event, Apple unveiled its latest addition to the iPad Air lineup. How does it compare against the 2019 iPad and stablemate iPad Air? We take a look at the numbers.
By William Gallagher | 4 months ago
10 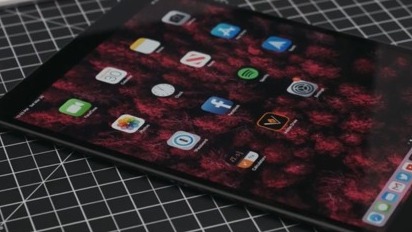 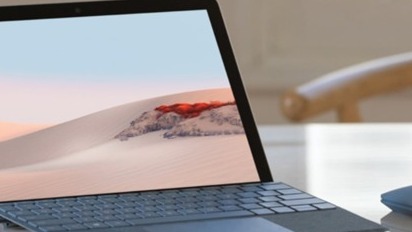 The Surface Go 2 is Microsoft's second attempt to offer a Windows tablet that directly competes with Apple's iPad lineup, but how does the thin and light device hold up against the iPad Air and the 10.2-inch iPad?
By Malcolm Owen | 8 months ago
11 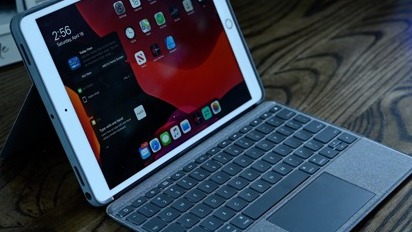 AppleInsider tests out the new Logitech Combo Touch for iPad Air and iPad Pro. It is a combination case and keyboard that also includes an integrated trackpad for the first time — all via the Smart Connector.
By Andrew O'Hara | 9 months ago
33 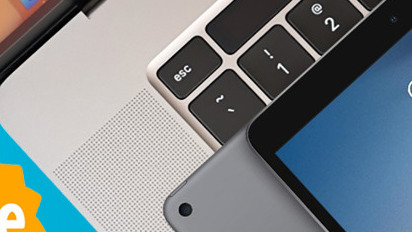 The best Apple deals are right here at AppleInsider with exclusive savings on Apple's new 16-inch MacBook Pro and latest iPad Air. Save $270 instantly on the 16-inch MacBook Pro or pick up a spacious 2019 iPad Air with 256GB capacity and LTE capability for just $579, matching the lowest price recorded from a top Apple Authorized Reseller. Don't delay, as the sale ends Jan. 12.
By Christine McKee | 1 year ago 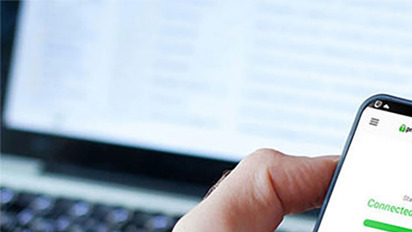 Month-end savings: Up to 99% off parts, accessories & software

Month-end savings: Up to 99% off parts, accessories & software

End-of-month deals are going on now on parts and accessories to complement your Apple device. From the lowest prices of the year on Private Internet Access VPN subscriptions to half off Apple Smart Keyboards, there are a variety of rock bottom discounts that end soon.
By Christine McKee | 1 year ago 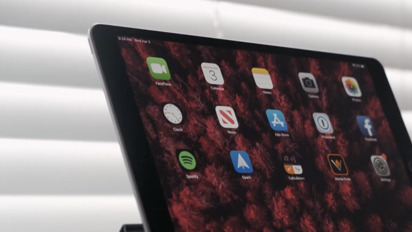 Our favorite accessories for the new iPad Air

Our favorite accessories for the new iPad Air

You just got your new iPad Air recently and you're looking for the best accessories, but don't know where to start. This guide will give you an idea of what to pick up next for your brand new iPad Air.
By Andrew O'Hara | 1 year ago
0 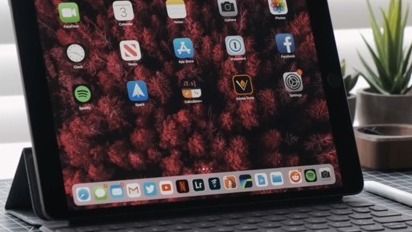 The 2019 iPad Air is Apple's newest mid-to-high tier tablet, and falls just below the Pro line and just above the sixth-generation iPad, making it unexciting, but arguably the go-to tablet for the general consumer.
By Mark Linsangan | 1 year ago
0 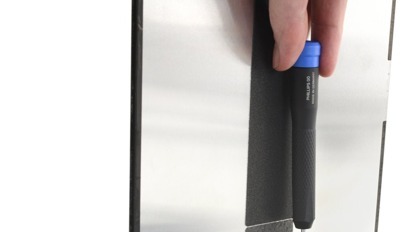 The third-generation iPad Air may share the dimensions and style of the 10.5-inch iPad Pro, but a teardown of the tablet shows it has quite a few component differences from its Pro-grade counterpart, as well as having a similar general construction.
By Malcolm Owen | 1 year ago
0 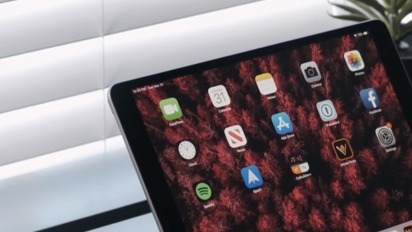 These are the best features in the 2019 iPad Air

These are the best features in the 2019 iPad Air

Apple's iPad Air has finally been updated after several years, and with that update, there are a couple of new features that we're really excited about. AppleInsider walks you through our top features of the 2019 iPad Air.
By Andrew O'Hara | 1 year ago
0