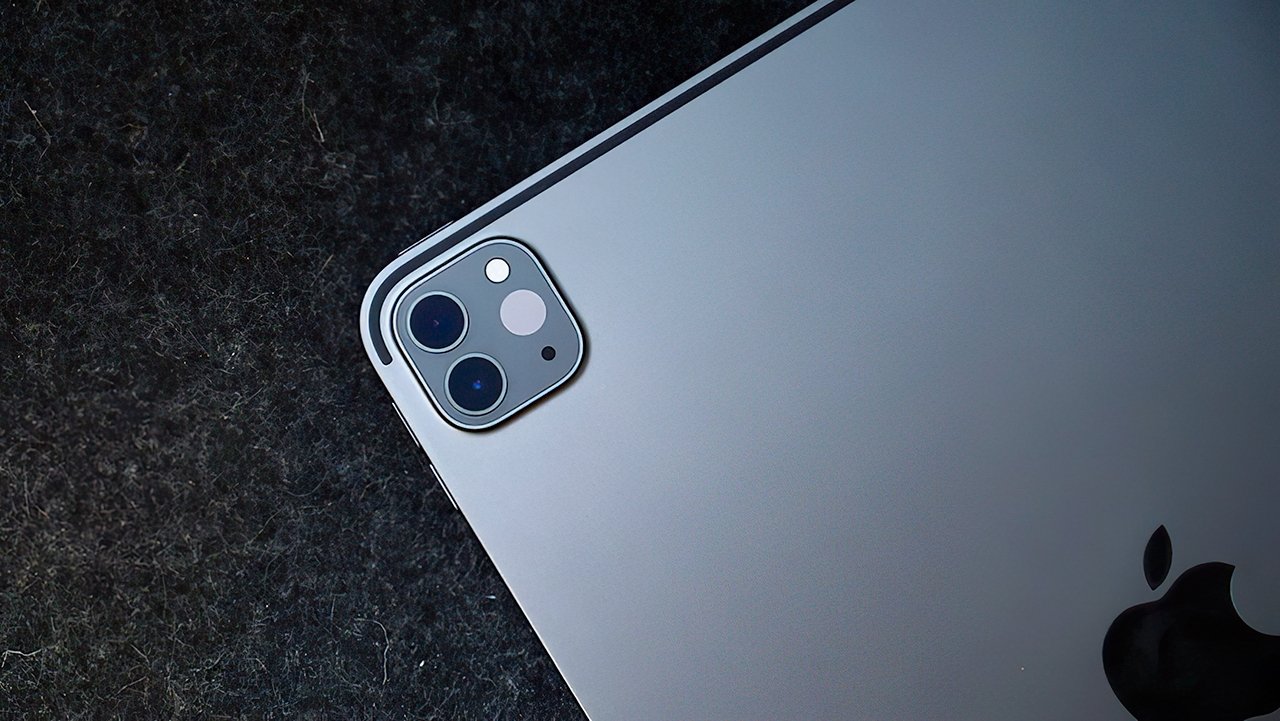 The 11-inch iPad Pro is the smaller of the two premium iPad Pros. Apple sells the iPad Pro as an ultraportable-professional tool meant to augment or replace a Mac.

Instead of offering a Mac with a touchscreen and changing macOS to be suitable for touch, Apple did a major overhaul of its iPad line with new hardware and software. Following the mixed success of Windows 2-in-1s like the Microsoft Surface, Apple hopes the iPad Pro will capture the laptop and tablet markets with a single device.

This was pushed further by introducing a dynamic windowing system in iPadOS 16 called Stage Manager. The new feature enables high-end iPad models to run four apps on screen at once.

The previous two generations of iPad Pros run M-series processors, which also enable full external display support as a feature of Stage Manager. Connecting to an external display will enable the iPad to show content at a full 16:9 aspect ratio.

The smaller iPad Pro has gone through multiple changes since its inception. In 2017, it received a bezel-shrinking update that raised the screen size from 9.7 inches to 10.5 inches. Then, in 2018, Apple removed the home button to increase the screen size again to 11 inches.

The uniform bezel, accompanied by speakers at each corner, gave this device an agnostic physical orientation. 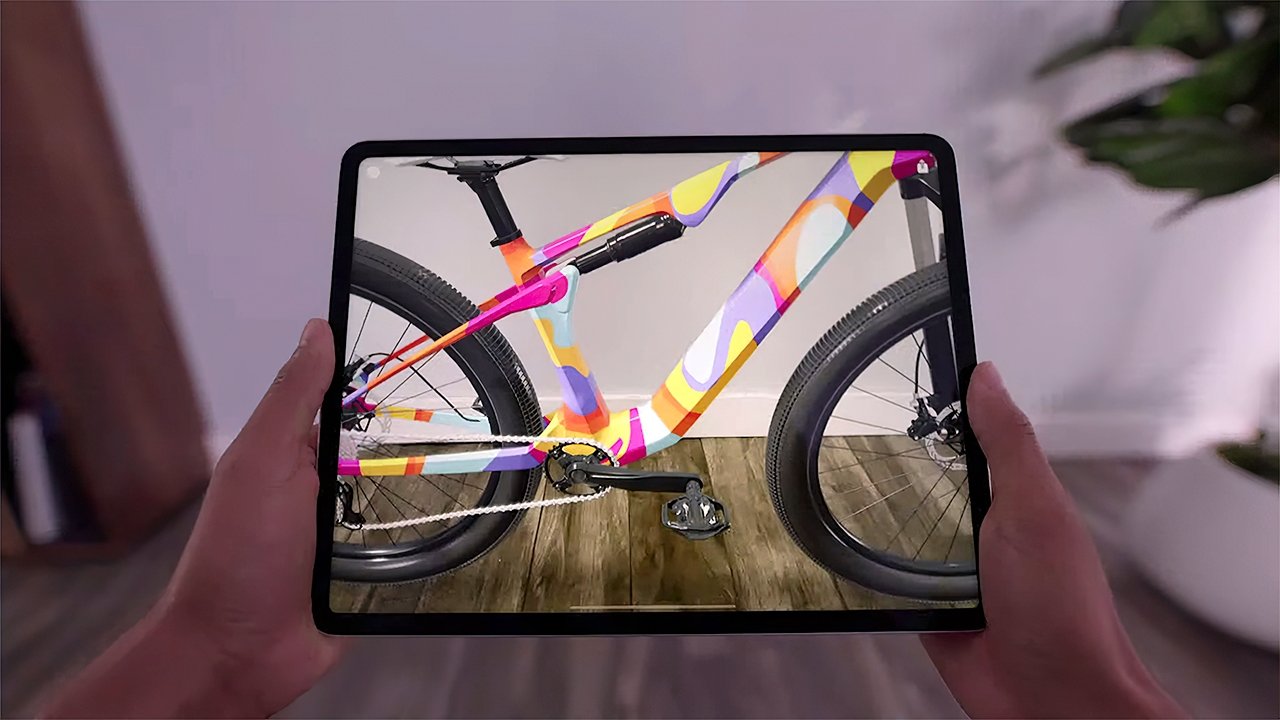 The 11-inch iPad Pro also has flat sides, making it easier to grip on the edge and allowing Apple Pencil's inductive charger to sit on one side of the device. The iPad Pro's back is perfectly flat, too, housing a Smart Connector and protruding camera, as well as 90 magnets for case attachment.

The smart connector's location on the 2018 and later models requires that keyboard accessories fit as a case around the device.

Perhaps one of the most important features is the USB 4/Thunderbolt Type-C port, which allows for easy connection to many devices without needing a proprietary cable. Users can connect a USB-C hard drive, an external monitor like the LG Display, or charge an iPhone with this port. USB-C helps make the iPad Pro a Mac alternative for many people.

In the 2021 model, Apple made the port compatible with USB 4/Thunderbolt. Reaching up to 40Gbps, the new port gives the latest model up to four times more bandwidth for wired connections than its predecessor.

The2020 iPad Pro added a dual-camera system with built-in LiDAR. The sensor is used for 3D environment mapping, allowing for improved AR. It works from up to 5 meters away and gets results instantly, making AR apps more accurate and easier to use. The fifth-generation model also includes LiDAR.

Apple is well-known for the power of the Apple Silicon ARM chipsets powering all of its mobile devices and latest Macs. They are custom 5-nanometer or 7-nanometer chipsets with an 8-core GPU. 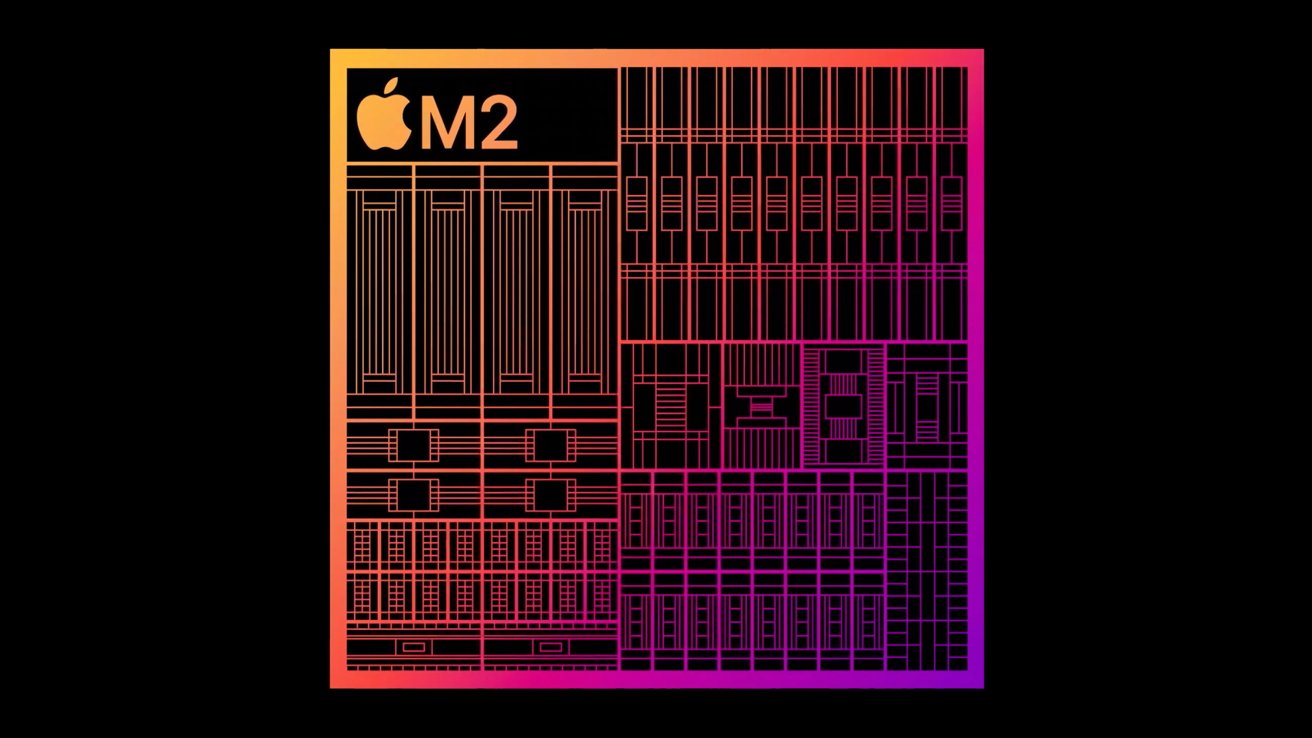 Apple introduced M2 to the iPad Pro lineup in 2022

In the 2022 updates, the 11-inch and 12.9-inch iPad Pro upgraded to Apple’s M2 processor. Very little else changed about the products, but the performance gains are notable.

The base model has 8GB of RAM. The more expensive models with 1TB or more storage receive 16GB of RAM.

While touted as a pro device, the 11-inch iPad Pro is also a competent gaming machine. Games are beginning to update to utilize the 120Hz refresh rate for even smoother gameplay, and the M-series processor handles this without issue. Apple Arcade offers games that take advantage of Apple's fast mobile processors.

The cellular variants of the 2021 iPad Pro and later support 5G wireless connectivity. Rather than tethering an iPad to a user's iPhone hotspot or a public WiFi with poor security, users can opt for an iPad Pro with a dedicated cellular plan. 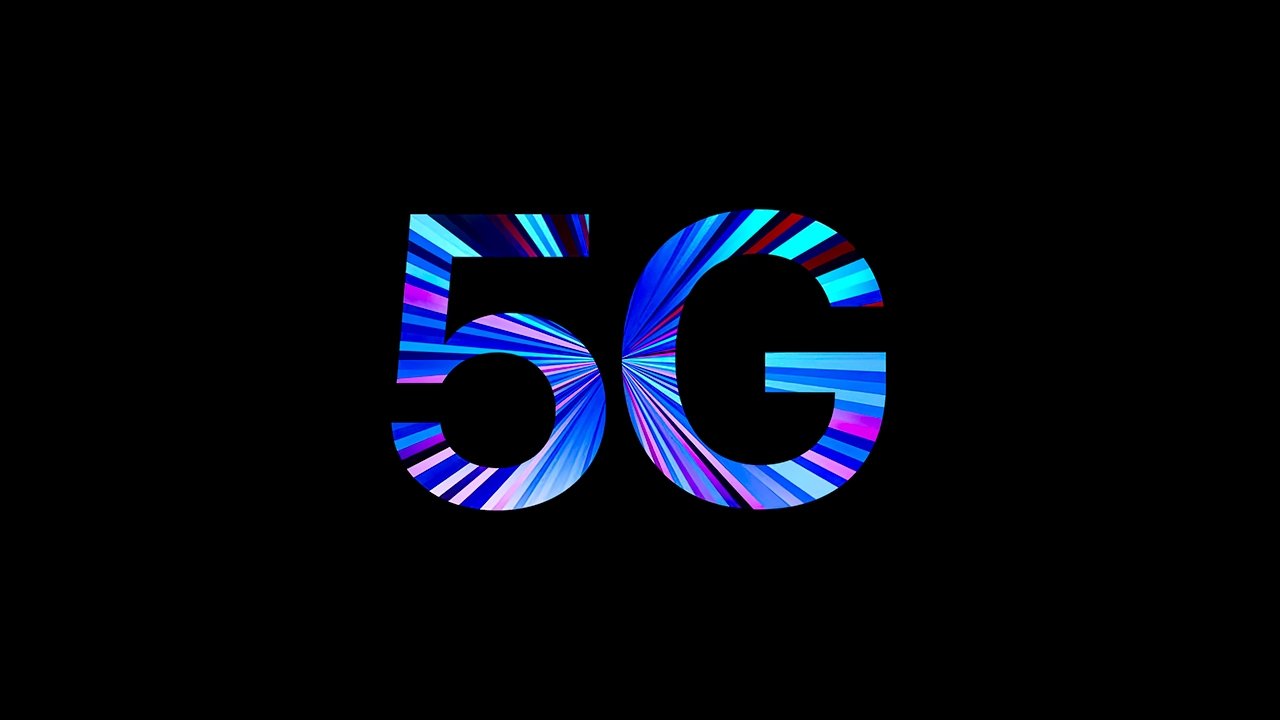 Pure 5G used in low-population centers with direct line-of-sight to the cellular tower can provide blistering speeds. However, people aren't likely to notice much difference from 4G.

U.S. variants of cellular iPad Pro models support millimeter-wave technology, the higher-frequency version of 5G. It can reach speeds as fast as 4Gbps. Regions with this type of 5G are limited and high speed connections can only be achieved when near a transmitter.

Apple also includes support for eSIM. While there is still a physical nano-SIM tray, users can also choose cellular services without ordering a physical SIM.

The latest iPad Pro models include a feature called Center Stage that uses a 12MP Ultra Wide front camera with a 122-degree field of view. It uses that wide field of view with machine learning capabilities to keep users centered in the shot even when moving around. 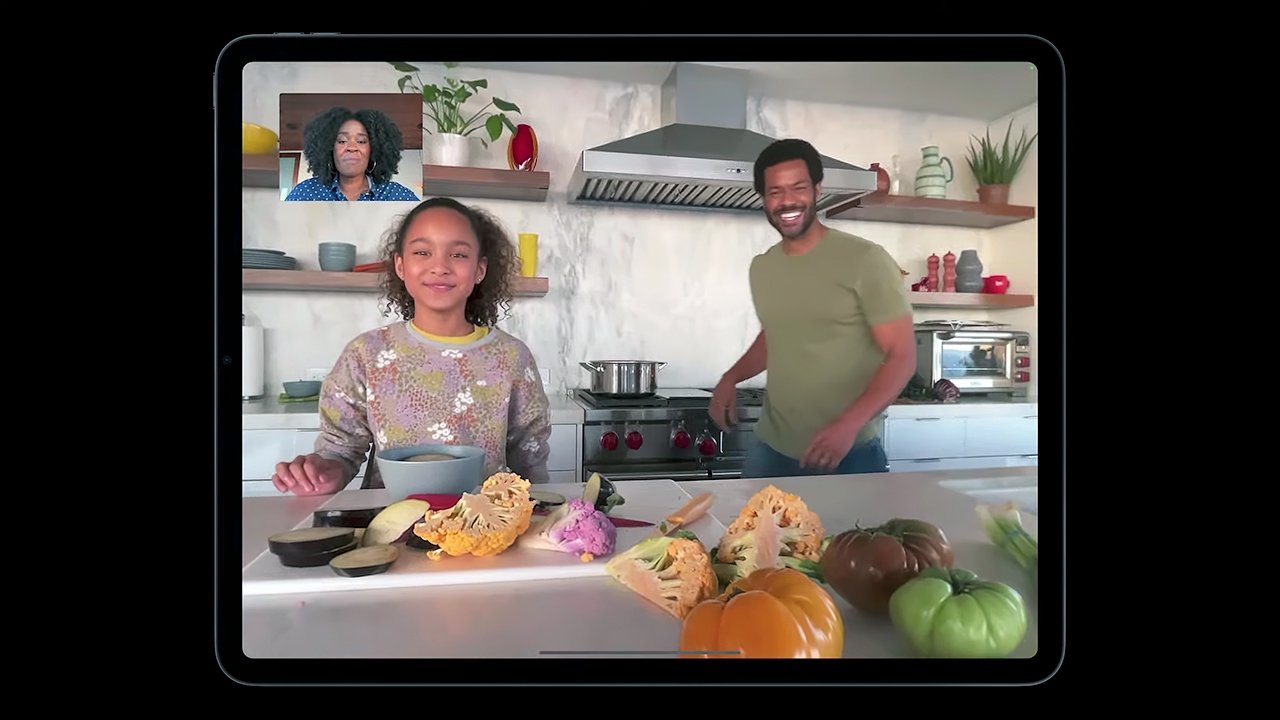 Center Stage uses facial recognition to keep users within the frame by cropping and zooming in on the camera sensor. The wide view of the camera enables panning without losing image quality.

The feature is capable of detecting multiple faces, so if someone walks into view, it will reposition the frame so both users are visible. This works with pets as well.

Due to the smart connector's location on the current-generation iPad Pro, Apple is the only company with compatible accessories: the Smart Keyboard and Magic Keyboard. Other keyboards will connect over Bluetooth or USB-C and attach directly to the iPad Pro to form a clamshell design. 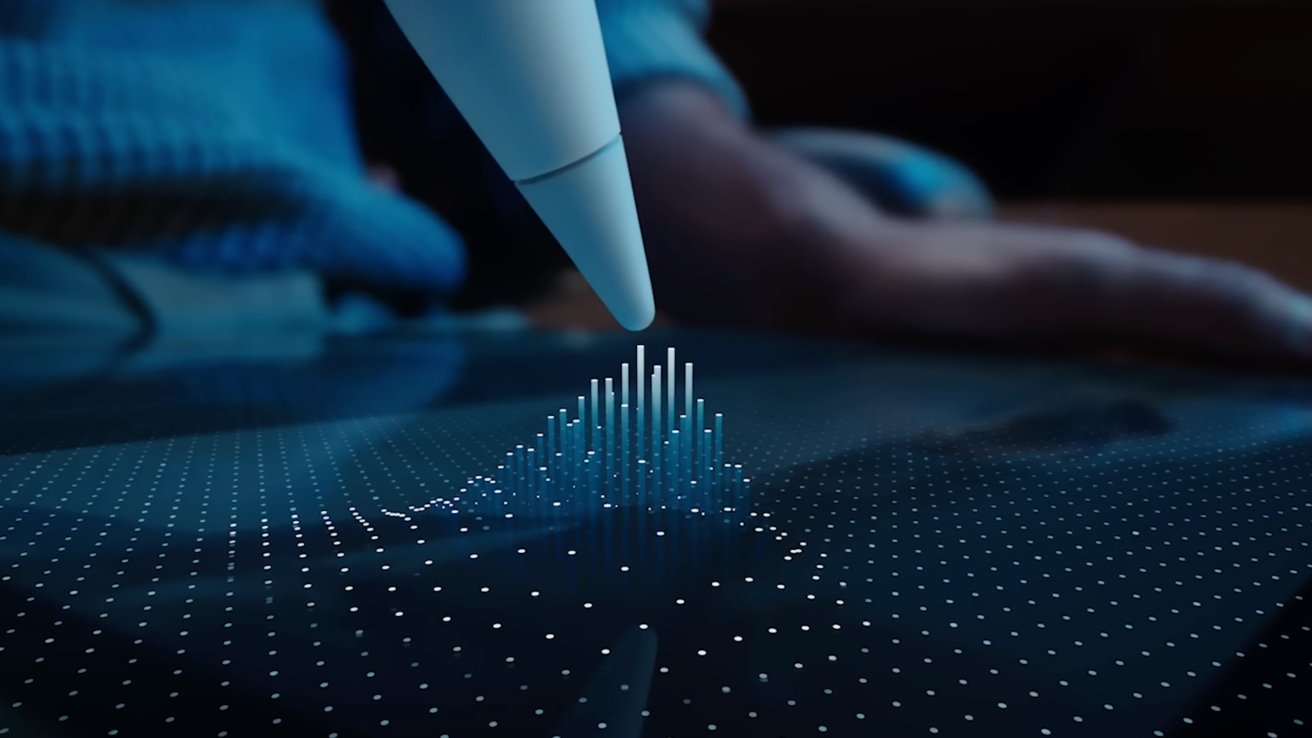 The 2022 iPad Pro models have a new feature called Apple Pencil hover. It enables interactions with content when the Pencil is hovering up to 12mm above the display.

The Logitech Crayon also works with the iPad Pros since Apple included the proprietary pairing tech in the 11-inch iPad Pro.

In the fifth-generation model Apple announced in April 2021, the port now supports the Thunderbolt and USB 4 standards. It's still backward-compatible with USB-C. 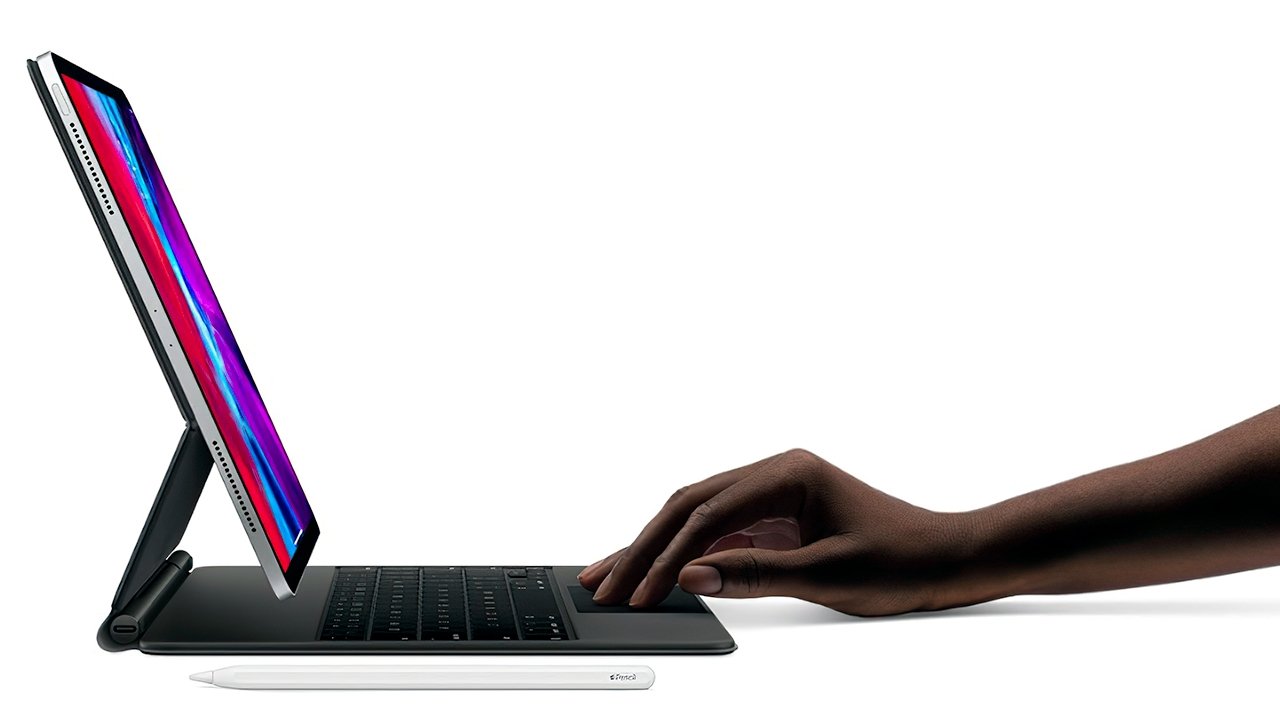 The Magic Keyboard launched in May 2020 with an all-new design derived from the Smart Keyboard Folio. The iPad sits on a magnetic mount, hovering above the keyboard and trackpad. It works with the third-generation and newer iPad Pros and the iPad Air 4. In May 2021, Apple launched a white version of the Magic Keyboard.

A USB-C port in the keyboard's base allows for pass-through charging while the iPad is connected, leaving the port accessible on the iPad itself. The keyboard's port does not support data transfer.

The 2020 refresh of the iPad Pro was more about spec bumps than new features or redesigns. We think the 11-inch iPad Pro is still one of the best tablets you can buy, but maybe hold off on this one if you've already purchased the 2018 model.

Apple didn't change much about this iPad — it has a slightly improved processor, LiDAR, and a new ultra-wide camera. It also has Wi-Fi 6, 6GB of RAM, and the base storage is 128GB instead of 64GB. For most users, these changes are not significant and don't warrant an upgrade from the 2018 models.

If you're new to iPad or have one pre-redesign then these are an amazing upgrade. Apple made this hardware release all the more exciting by releasing the Magic Keyboard for iPad and iPadOS 13.4.

The Magic Keyboard for iPad Pro is an amazing accessory that transforms the iPad Pro into a small laptop, complete with a trackpad. The iPadOS 13.4 update brought full-fledged cursor support as well, making this an even more compelling upgrade. 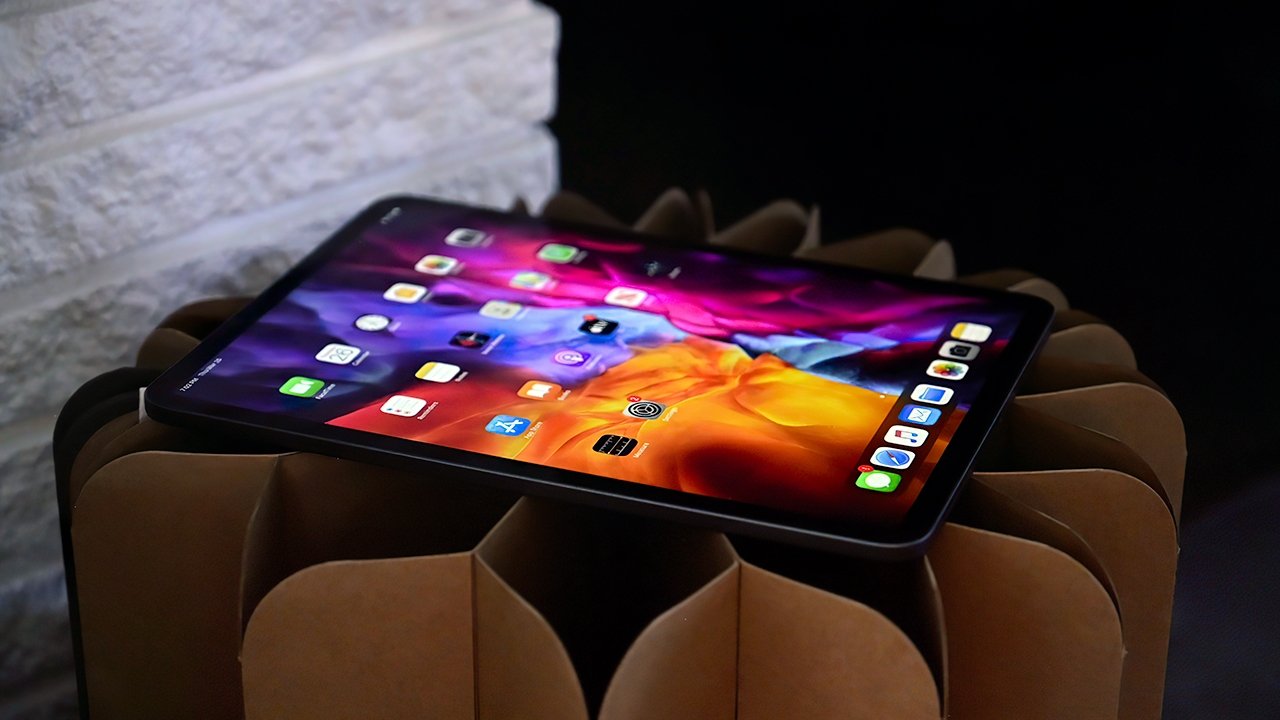 The 2020 model was an iterative update over its 2018 predecessor

The hardware itself doesn't stand out, however, as the A12Z is just a re-binned A12X. The improved graphics performance, addition of LiDAR processing, and 6GB of RAM are not enough for 2018 iPad Pro owners to upgrade.

That being said, the iPad Pro was already at a sort of performance ceiling for its paired software without the A12Z. App Store games, professional apps, and system functions already ran flawlessly on the older chip generation so the small processor bump may be justified.

The LiDAR scanner provides a unique experience for Augmented Reality applications. This system was a precursor to the iPhone 12 LiDAR and gave developers a chance to develop apps for the platform ahead of time.

LiDAR is a novel feature you'll likely not use on a day-to-day basis, but it does offer some practical advantages. It allows developers to create apps allowing users to place virtual objects in environments without scanning first. It allows AR applications to use walls for the first time.

While the updates are incremental they add an all-new dimension to the device. While owners of the 2018 model won't need to upgrade new customers will find this to be a worthy purchase.

The 11-inch iPad Pro with the Magic Keyboard may well be the device that replaces your aging laptop. At the very least it will augment your workflows with its portable nature and Apple Pencil support. 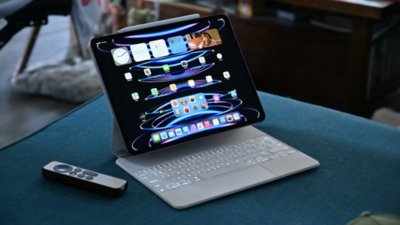 Rumor Score
🤔 Possible
Apple may be planning a "major iPad Pro revamp," which could include a new OLED display — but it likely won't occur until 2024.
By Amber Neely | 1 week ago
8 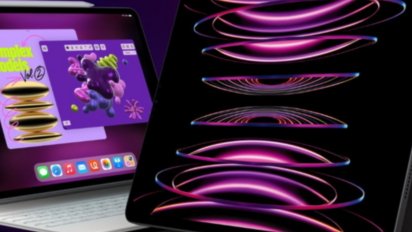 Four different sizes of OLED panels have reportedly been ordered by Apple, which are said to be coming to the iPad Pro and MacBook Pro.
By William Gallagher | 2 weeks ago
1 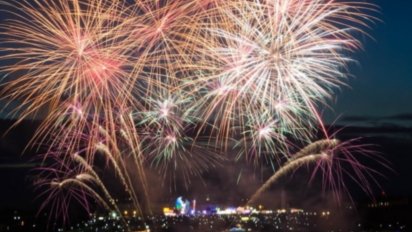 With 2023 — and all it promises from Apple — now just around the corner, all of us at AppleInsider wish you the very best for the New Year.
By William Gallagher | 1 month ago
7 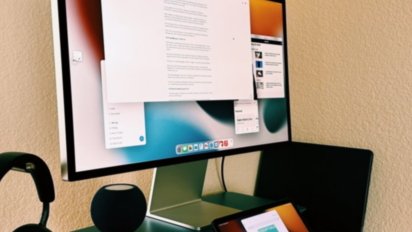 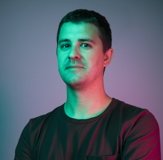 Enhanced external display support for iPads is here, except Apple made it exclusive to M-series iPads. We explore whether it's worth upgrading from an older model to benefit from the new feature.
By Tyler Hayes | 1 month ago
4 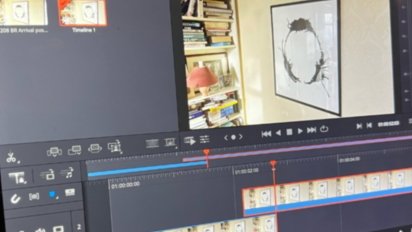 The iPad version of DaVinci Resolve is now on the App Store, bringing a heavyweight video editor to iPadOS.
By William Gallagher | 1 month ago
9 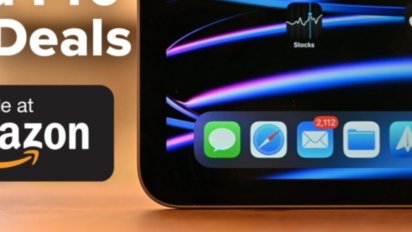 Looking for a last-minute gift for Christmas? Amazon has Apple's M2 iPad Pro 11-inch in stock and ready to be dispatched to your door by December 25 — with up to $100 in savings.
By Christine McKee | 1 month ago 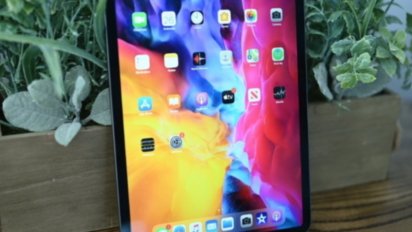 In October, Apple updated the iPad product line with a few new devices, including iPad Pro models with an M2 chip. Here are the best cases to buy to protect the high-end device.
By Appleinsider Staff | 2 months ago 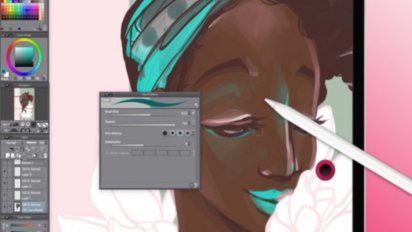 Astropad is updating both its Astropad Studio and Luna Display to add support for the M2 iPad Pro models, including the new Hover Mode for the Apple Pencil.
By Malcolm Owen | 2 months ago
0 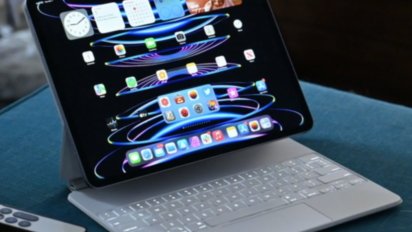 While the iPad Pro still suffers from lackluster "pro" software workflows, sometimes the hardware foundation is so good, that a processor upgrade is enough.
By Malcolm Owen | 3 months ago
20 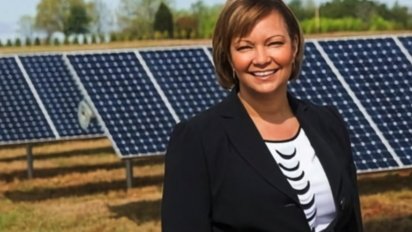 The new iPad Pro comes in packaging that is almost entirely fiber-based, and is completely biodegradeable, says Apple's Lisa Jackson.
By William Gallagher | 3 months ago
14