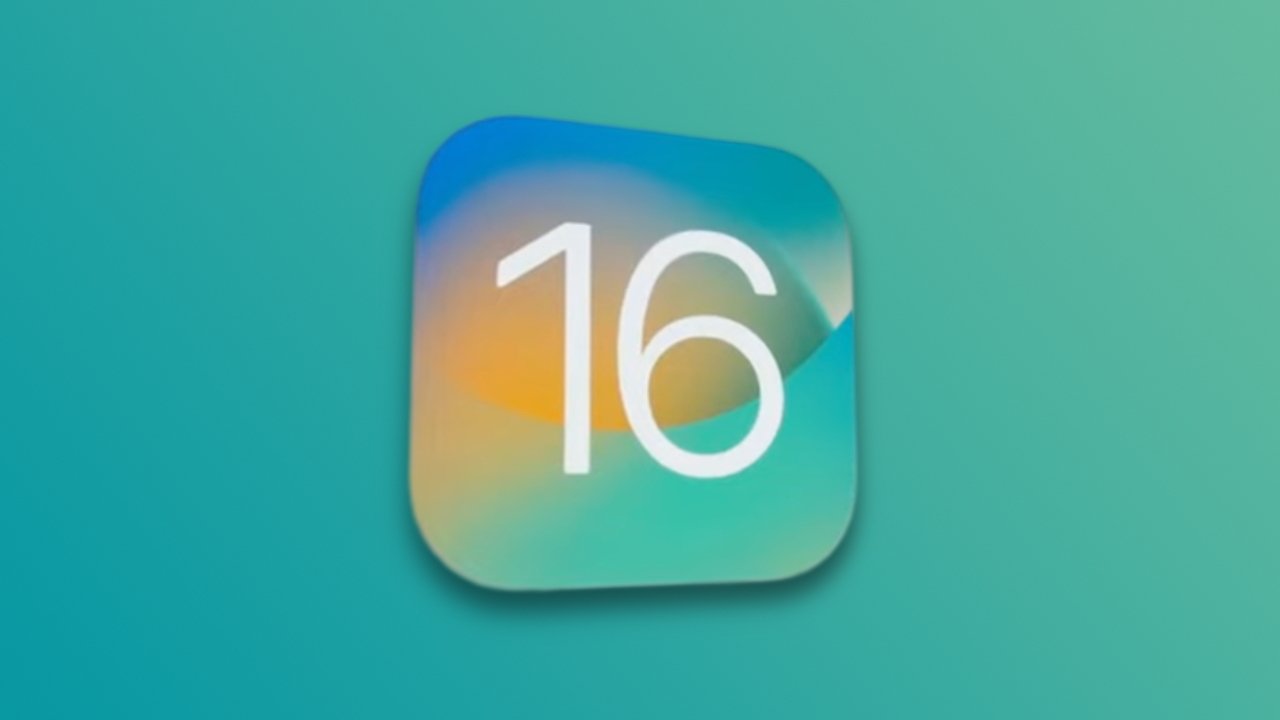 The iPad has evolved yet again with iPadOS 16. New multitasking features for M1-based iPads paired with advanced collaboration tools and external monitor support transform what can be accomplished on Apple's tablets. Apple has also introduced new Continuity features for using an iPad and Mac in tandem.

Apple held its annual WWDC conference in June 2022 and announced the usual operating system updates. Changes in iPadOS 16 vary based on the processor in use, with several focused on M-series iPads.

Many of the new features announced in iOS 16 were also included in iPadOS 16, like SharePlay coming to iMessage and new APIs for developers. Collaboration and sharing were big themes throughout the WWDC keynote.

Apple delayed the release of iPadOS 16 until October 24 due to changes in Stage Manager system requirements and external display support. It was released alongside macOS Ventura.

Apple continues its tradition of providing significant changes to iPadOS on a two-year cycle. An all-new multitasking system is available for select iPad models, and a multitude of new features enhance iPadOS further.

Apple introduced Stage Manager as a macOS Ventura feature first during WWDC. It is a system that makes managing multiple windows more straightforward by combining the app spaces concept with resizable windows.

Stage Manager is off by default and must be enabled from Control Center. When enabled, the current app pairs from multitasking shift into a windowed view with recent apps forming a stack on the left side of the display.

Up to four apps can be added to the active space. Each app window can be resized, stacked, and moved to different areas of the screen. On iPadOS, the app windows are not infinitely resizable and change dimensions based on multiple preset sizes.

The system is designed so apps can be arranged in different groups based on the user's preference, and that arrangement will remain even when switching between app groups. Users can perform a three-finger swipe to switch between apps and groups.

The old multitasking system is still present within iPadOS, so users can return to Split View and Slide Over at any time. When Stage Manager is active, each app can be resized to take up the entire screen, or the dock and recent app switcher can be hidden from Control Center.

With a future update, iPads with M-series processors can display content properly to external monitors thanks to Stage Manager. Rather than mirror content onto a 4:3 view, the iPad shows active apps on a large 16:9 space.

Stage Manager works exactly the same on an external monitor and the four-app limit remains. However, if Stage Manager is active on the iPad too, a user can have up to eight apps running at the same time across the two displays.

Users also have the option of turning off Stage Manager on the iPad to display a full-screen app or use the traditional Split View.

Stage Manager works with any iPad equipped with the A12X, A12Z, M1, or M2 processor. Support was expanded outside of M-series processors after customer backlash.

External display support is reserved for iPads using the M1 or M2 processor. That means only the latest fifth- and sixth-generation iPad Pros and the iPad Air 5 are compatible for now.

Since the feature enables up to four apps to run at once, it requires processors and enough RAM to support prolonged operations. External display support seems to be tied to the ability to access virtual RAM, which is limited to M-series models.

This restriction has angered many Apple customers with some calling it an arbitrary limitation. Apple has made it clear, however, that the requirement is based on hardware requirements and a baseline for adequate performance.

The Files app got a handful of useful changes that focus on organization and file manipulation. While it isn't as robust as the macOS Finder, it is capable of performing any basic task with user files in multiple storage locations.

Saving items to the Files app is a lot easier in iPadOS 16 thanks to a new save dialog box. Instead of using the old share sheet system, a full modal window appears that gives the users the ability to choose the save location, rename the file, and add tags.

The open file dialog is also improved with a full navigation window for finding items located deep within a file structure. The Files app and these modal windows also gain better sorting options and a navigation menu.

Using the "Get Info" action on a folder will now reveal the folder's content's total size. Also, there are a number of new quick actions in the file selection menu for duplicating, converting, or renaming the file.

Finally, users can show extensions and edit them directly. Also, a convert file option will provide the most compatible file conversion types in a selection menu. For example, an HEIF image could be converted to JPEG or PDF.

As usual, iOS and iPadOS share a lot of common features. However, the new Lock Screen customization and Live Activities are not available in this release.

Collaboration was a big theme of Apple's 2022 software updates. There are new ways to start collaboration in compatible documents and apps, and SharePlay can be initiated from these collaborative environments.

Apple also announced a new app called Freeform that is expected in a later update. It appears to be an infinite whiteboard for generating notes as a group.

The Photos app also got several new improvements with copy and paste edits, duplicate detection, and Shared iCloud Photo Library. Users can add up to five additional participants to a separate photo library that contains full-resolution photos and video.

Apple also introduced the ability to edit and delete sent iMessages. Editing can be done five times in a fifteen-minute window on a single message. Deletion is more restrictive, requiring a user to delete a message within two minutes of sending it.

Features like the new Freeform app and external display support are expected to arrive in later updates. Apple released iPadOS 16 to the public on October 24, 2022. 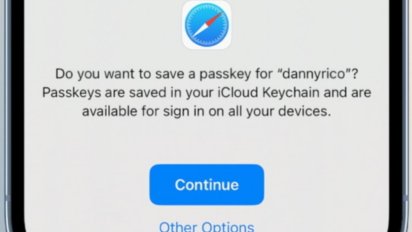 Apple's introduction of Passkeys means you can authenticate with some apps and services using Face ID or Touch ID instead of remembering a password. This is how you get started.
By Malcolm Owen | 2 weeks ago 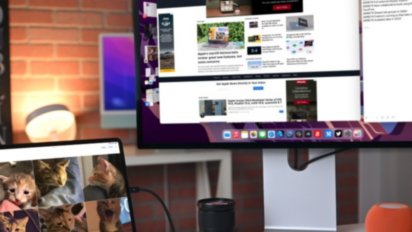 The first developer beta of iPadOS 16.2 contains the Freeform app, and external display support for M-series iPads has returned.
By Wesley Hilliard | 1 month ago
0 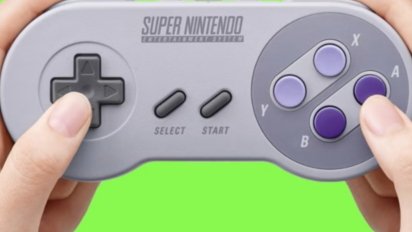 Apple added a surprise for gamers in the tvOS, macOS, iOS, and iPadOS updates, with them all now supporting a pair of nostalgic Nintendo controllers.
By Andrew Orr | 1 month ago
3 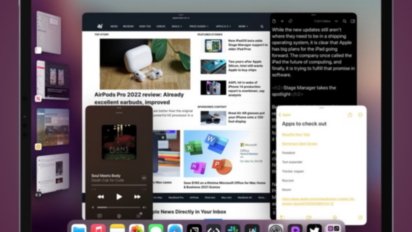 After being delayed for a few weeks, iPadOS 16.1 has been released by Apple with a new multitasking interface called Stage Manager, customizable toolbars, and a built-in Weather app.
By Wesley Hilliard | 1 month ago
6 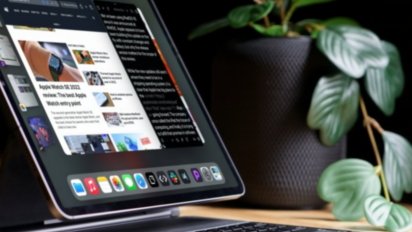 Apple's first release of iPadOS 16, iPadOS 16.1, provides a flawed glimpse into the future of computing thanks to Stage Manager, but some hurdles will be difficult to overcome.
By Wesley Hilliard | 1 month ago
10 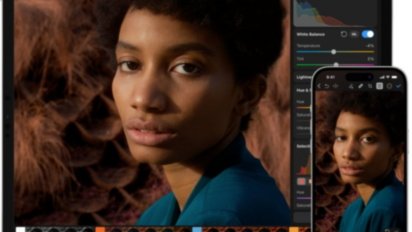 Both Pixelmator for iPad and Pixelmator Photo for iPad have been updated to support the new iPadOS 16, bringing new features including Apple Pencil hover.
By William Gallagher | 1 month ago
1 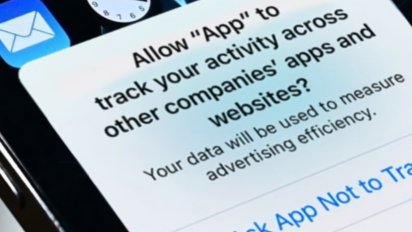 You know you meant to tap "Ask App Not to Track," and somehow you hit "Allow" instead. Here's how to put that right, or to change your mind about App Tracking Transparency at any time in iOS 16 and iPadOS 16.
By William Gallagher | 1 month ago 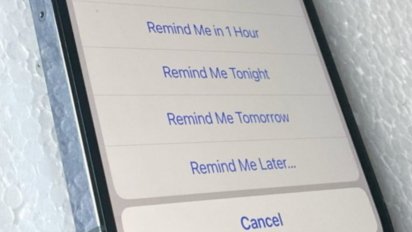 How to use Apple Mail's Remind Me and Follow Up features

How to use Apple Mail's Remind Me and Follow Up features

Apple Mail has new features in iOS 16 and macOS Ventura, with the promising Remind Me, and the aggravating Follow Up. Here's how to get the most out of them.
By William Gallagher | 2 months ago 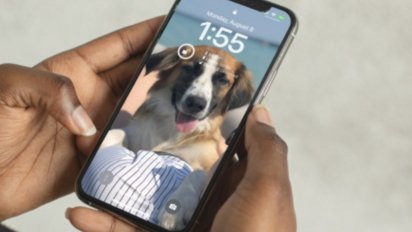 These features are not in the initial release of iOS 16

These features are not in the initial release of iOS 16

It's been a rocky road to the iOS 16 launch. Here are the high-profile features that didn't debut in the initial release of Apple's operating system.
By Andrew O'Hara | 2 months ago
12 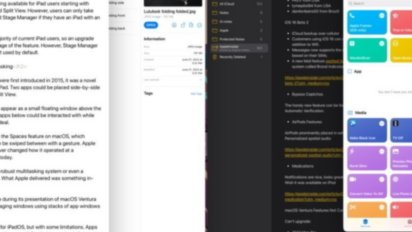 First public iPadOS 16 release will actually be iOS 16.1, in October

First public iPadOS 16 release will actually be iOS 16.1, in October

Skipping September entirely, the first public version of iPadOS 16 will launch in October, and will end up being iPadOS 16.1, not iPadOS 16.0.
By Malcolm Owen | 3 months ago
0