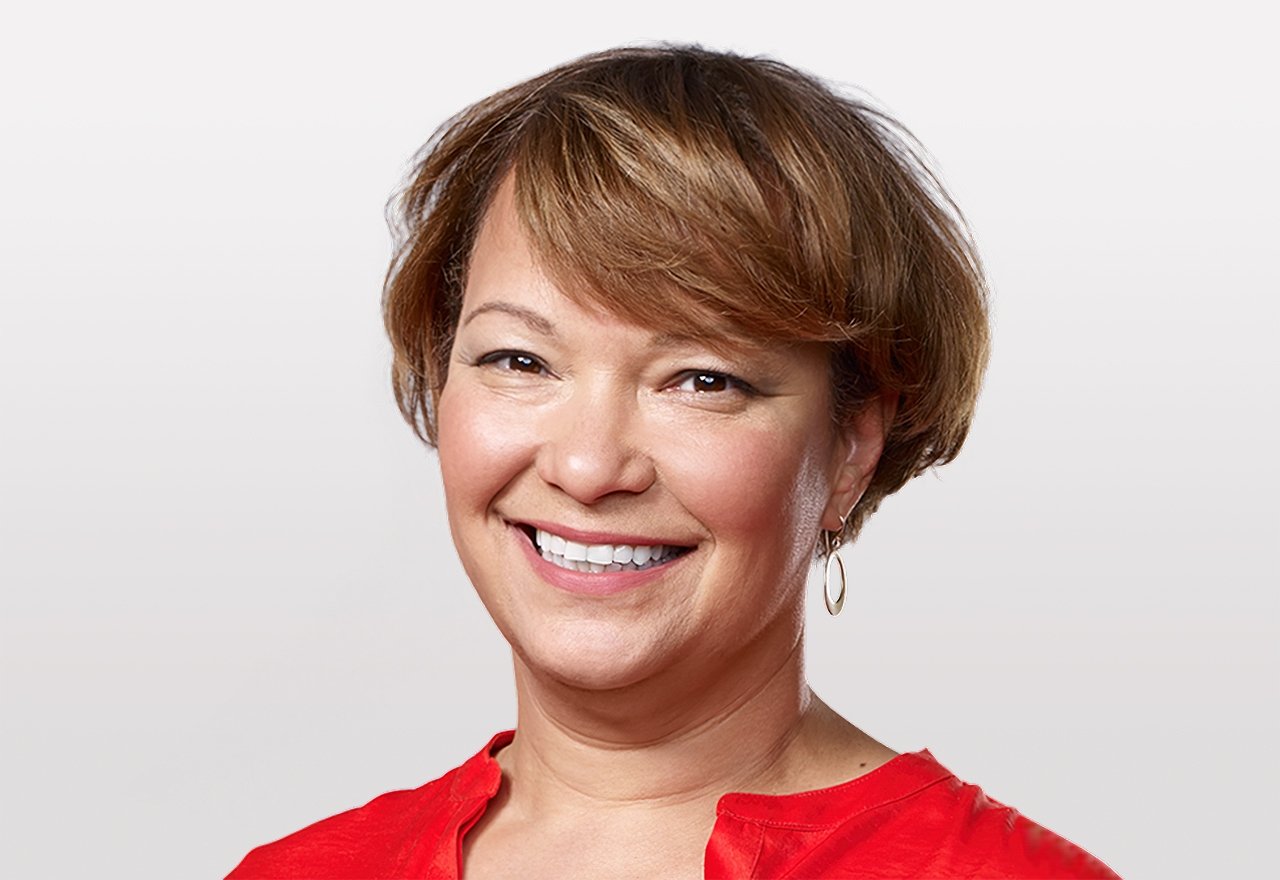 Lisa Jackson is Apple's Vice President of Environment, Policy, and Social Initiatives. She joined the company in 2013, months after resigning from her position as EPA Administrator in the Obama administration. She is the first African American to have held that position. 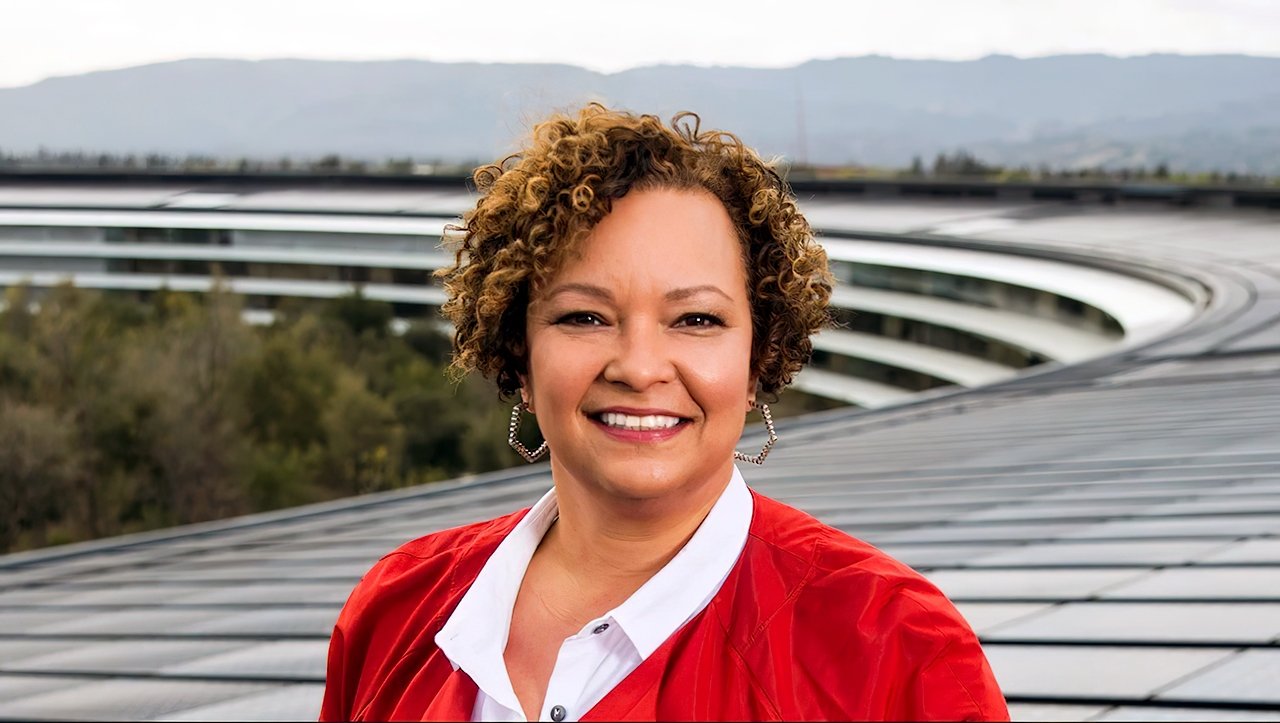 Fresh off her four-year tenure as EPA leader, Lisa Jackson joined Apple in May 2013 as environmental director.

Cook revealed Jackson's hiring in a May 2013 interview. At the time, he described her role as overseeing the iPhone, iPad, and Mac maker's green initiatives, including projects like a massive solar and fuel-cell farm in North Carolina.

In 2015, Apple named her Vice President of Environment, Policy, and Social Initiatives. That promotion also brought new responsibilities in addition to her environmental oversight. Those expanded duties include worldwide government affairs, education, accessibility, and social concerns.

As part of a company-wide memo announcing the new position, Apple said, "Lisa will apply her passion and her unique skillset to integrate teams across Apple and make our impact even greater. As part of her new role, Lisa will also take over management of our worldwide Government Affairs function."

In addition to her work at Apple, Lisa Jackson serves on the boards of Tulane, SF Film, Conservation International, the Clinton Foundation, and Emily's List. 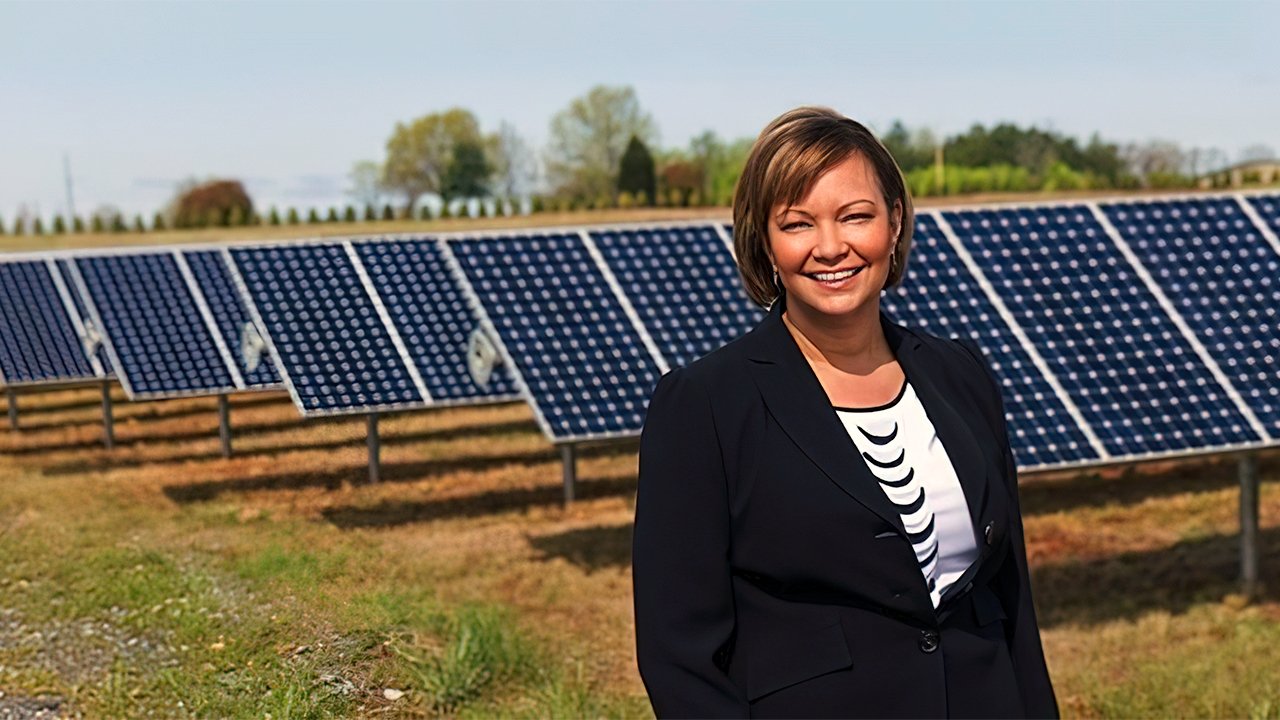 While at Apple, Jackson has laid out — and accomplished — ambitious environmental plans

Through its climate-change goals, Apple has achieved 100% renewable electricity for its facilities. It has also reached carbon neutrality for Apple's corporate emissions, including business travel and employee commute.

By 2030, Apple intends to become carbon neutral for its entire carbon footprint. It plans on doing the following to get there:

In the resources category, Apple has progressed to make products and packaging using only recycled or renewable materials, stewarding water resources, and sending zero waste to landfills.

In the fall of 2016, the company joined a global initiative called RE100, with the stated goal of 100 percent renewable energy. That proclamation followed a 2015 deal that had made Apple the largest corporate user of renewable power in the U.S.

The company first reached its goal of 100% renewable energy in April 2018. Lisa Jackson has said that the company's work on product sustainability should continue indefinitely. 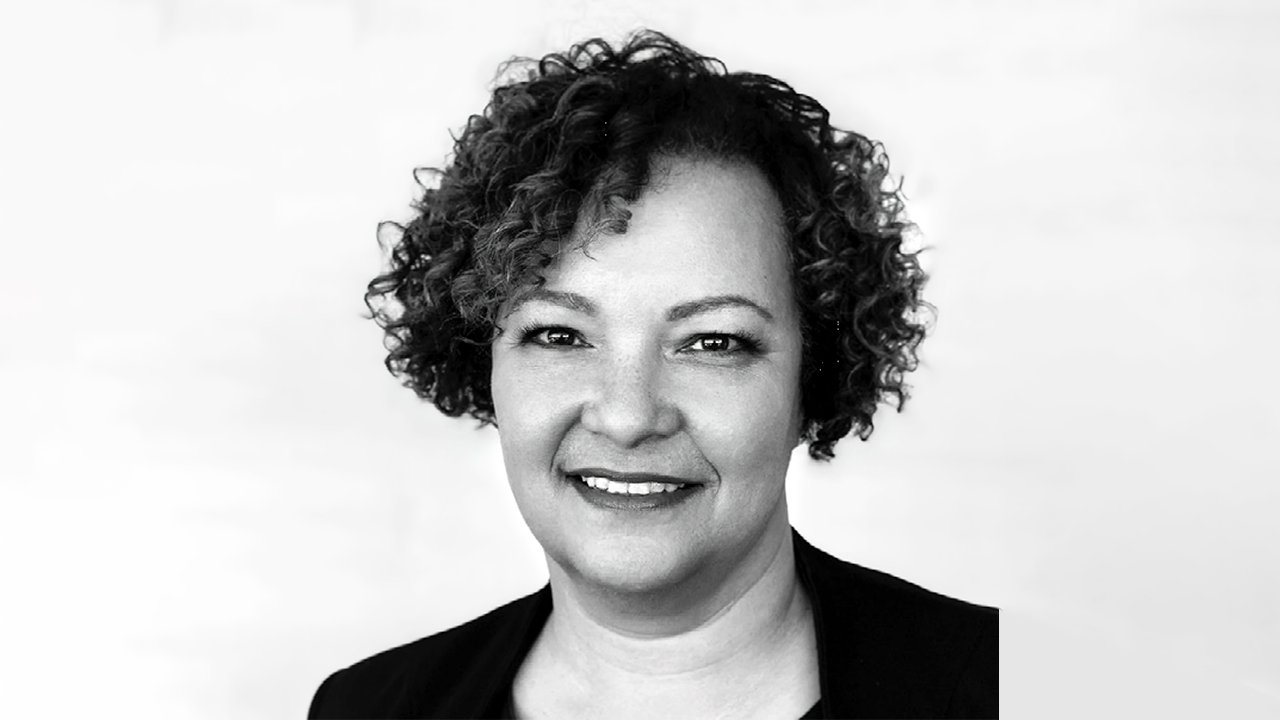 Lisa Jackson was born as Lisa Perez on February 8, 1962, in Philadelphia, PA. She grew up primarily in New Orleans, LA.

She is married to Kenneth Jackson and has two children.

Preserving ties to her alma maters, Jackson joined the Princeton board in 2013 and still sits on Tulane's board.

Jackson initially joined the EPA as a staff-level engineer in 1987 before quickly moving to the New York City regional office. She stayed there for 16 years.

Governor Jon Corzine appointed her as the New Jersey State Commissioner of Environmental Protection in 2006. Jackson later signed on as Corzine's Chief of Staff in December 2008. However, that position ended after only two weeks when a much larger-scale opportunity presented itself. 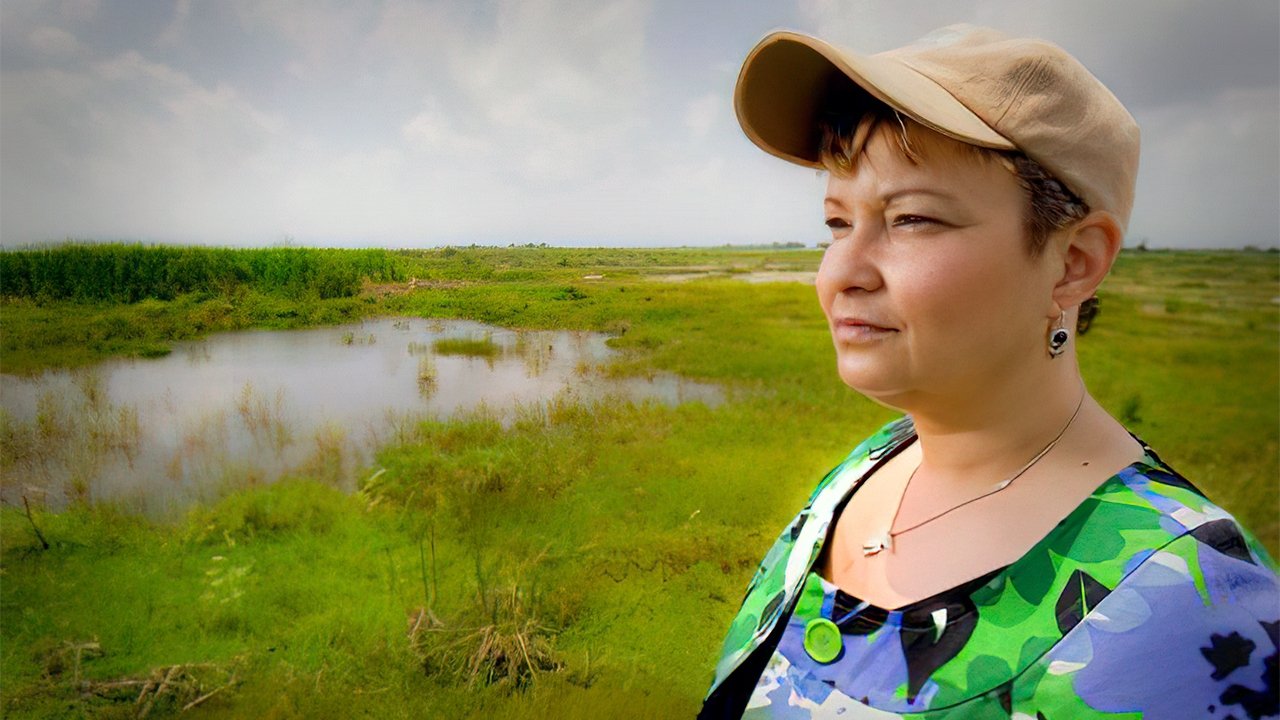 On December 15, 2008, President-Elect Barack Obama nominated Lisa Jackson as Administrator of the Environmental Protection Agency. The Senate confirmed her appointment on January 22, 2009.

Jackson laid out seven priorities for the EPA's future:

During her four years serving in that position, Jackson was responsible for the following projects:

Lisa Jackson was the first African-American to serve as EPA Administrator. She prioritized expanding the agency's outreach to historically underrepresented communities.

In December 2012, Jackson announced that she would step down as EPA Administrator. She reportedly resigned because she disagreed with Obama's plans to green-light the controversial Keystone XL oil pipeline.

"The responsibility to protect our shared planet intersects every aspect of our lives. This year has offered humbling reminders that nature is bigger and more powerful than any one of us — and that our ability to solve worldwide challenges depends on historic innovation and collaboration.

"That's why Apple has dedicated our resources — and our best thinking — to considering the environment in everything we do: the energy that powers our operations, the materials in our devices, the companies we do business with, and the health and safety of those who make and use our products.

"We've led our industry in reducing our environmental footprint for years, but we know there is more to do. So we've set a groundbreaking new goal to further reduce our impact on the planet we all share: By 2030, we're committing to total carbon neutrality. We are already carbon neutral for our corporate emissions, including corporate travel — resulting from our use of 100 percent renewable electricity for our facilities and investing in high-quality projects that protect and restore forests, wetlands, and grasslands. And we're well on our way in our supply chain. But we're going further to cover our entire, end-to-end footprint. All the way down to the shipping that moves our products around the world and the energy used to power our customers' devices. 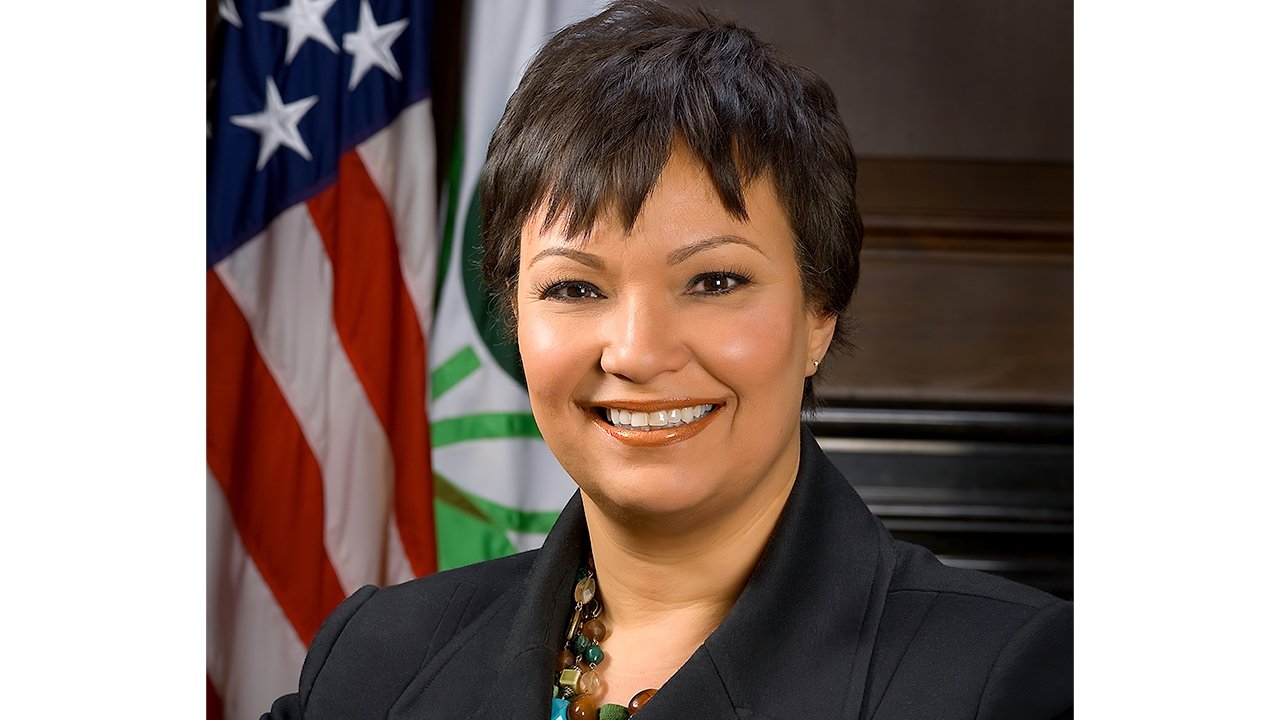 "But our journey is incomplete if the communities most impacted by environmental harms do not have a voice in our mission to address them. That's why a key component of our roadmap is an all-new Impact Accelerator for minority-owned businesses — so that our investments in renewable energy or carbon capture can help fight systemic barriers in our economy. That investment is part of our $100 million Racial Equity and Justice Initiative to expand opportunities for Black and Brown people in the areas of education, economic equality, and criminal justice reform.

"This initiative will support not just our carbon goal but all of our ongoing environmental ambitions. Like our visionary goal of closing the loop on our supply chain and to one day no longer mine materials from the earth. Many of our products now contain higher percentages of recycled material than ever before, but we won’t be content until that number hits 100 percent for all of our devices. Achieving this critical goal will also help us to further reduce our carbon footprint, and we're dedicating Apple's unmatched innovative capacity to get there.

"Perhaps most importantly, we are channeling our learnings and influence to bring others along. We're committed to supporting smart policies around the world that better protect the planet and make transitioning to a low-carbon future more efficient. And we've helped dozens of Apple suppliers transition to using clean energy. They've built a powerful new competitive advantage that will set them apart in the years ahead. And those who are holding out should know that the clock is ticking. Our commitment to the planet means working with partners who share in our mission.

"We hope the details in this Environmental Progress Report offer a model for others to copy. We are proud of what we've accomplished, but not so proud as to believe that these efforts alone are enough. In the urgent years ahead, we will all need to think differently and act urgently in order to build the safer, healthier, more equitable future we all know is possible. We're committed to doing our part."

In 2019, Jackson sat down with The Independent to talk about Apple's environmental successes and failures:

"We're making progress. Sometimes you wish you could speed it all up. We have 14 materials we've highlighted, and we don't have equal progress on them. But some of that's technology. Some of that's scale. Some of that's crazy things, like shipping regulations and how you can move materials around. So we have to work on all of those at the same time.

"If Apple is working on some brand new material, we're going to have to figure out how to recycle that. But we also work very closely to say: as you're speccing a material, is there a way to spec recycled material?

"We didn't grab a bunch of product designers or product engineers and bring them all into the environment team. First off, it's just not the way Apple works: the collaborative nature of design means if you're not sitting with the designers, maybe there's a problem. We kept everyone where they were, and started to build a virtual team of people around the company who, in addition to everything else they do, would have a sensitivity and understanding of our goals around climate change and materials. Over time, that group has gotten bigger and further up the chain - we regularly now have discussions with designers very early in the process.

"I think it helps a lot that the folks who run those groups at the high level are also really committed to it, and asking the tough questions.

"The role of government is to make that not be OK. If there are goals that we say as a society we want, like clean air, clean water, addressing climate change, being really efficient with materials [...] there's a role for enforcement and for holding people accountable." 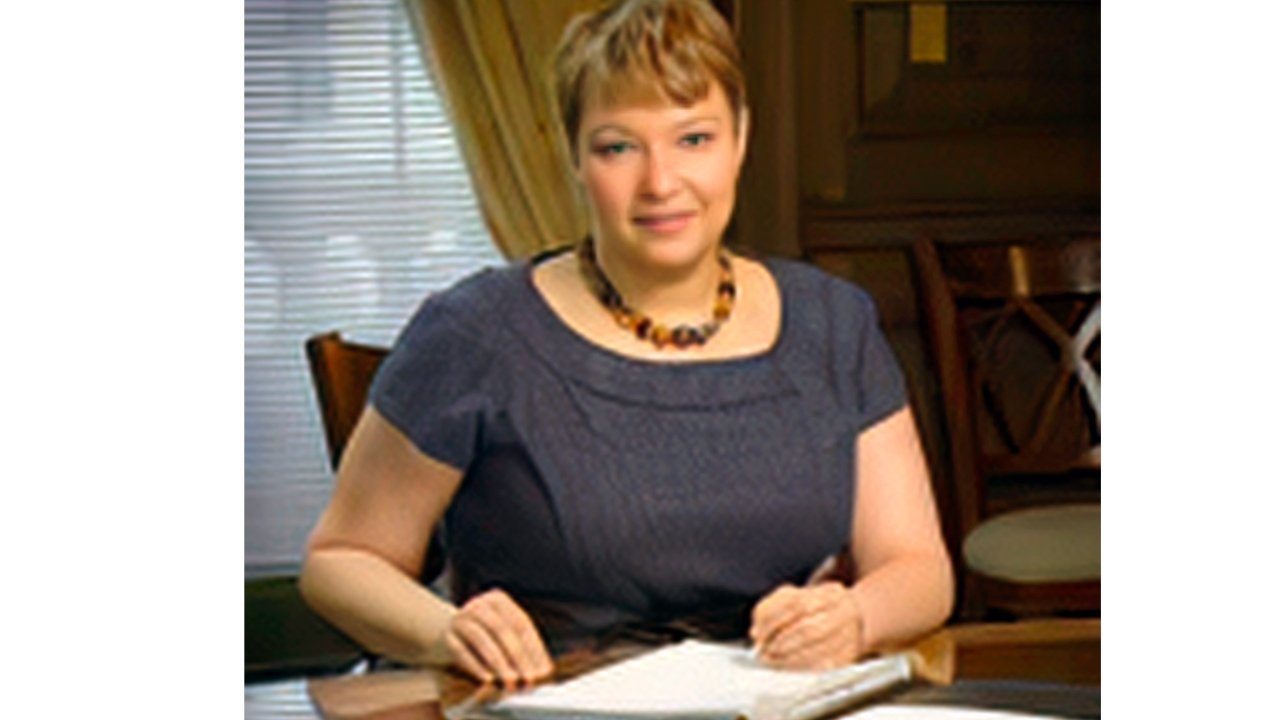 U.S. government photo of Jackson, during her tenure as EPA Administrator

"We're starting to see businesses talk about 2050 but not every business can say they will be carbon neutral by 2030 like Apple will. They can come up with aggressive commitments ... let's see real strong commitments, let's see 2030 included. I think the world knows this is really crucial to address climate change in the next ten years.

"Our partnership [with the Malala Fund] is three years old now, and Malala has been focusing on climate change of girls' education, sustainability and environmental protection. One of the things she will announce is that Apple is helping to fund new work on exactly that. This link between, what happens when you educate girls and why that is one of the most important things you can do to fight climate change.

"The younger generation have this idea of being successful, but this idea of success means you can't be doing good or right by the planet or right by your fellow humans is just wrong. They are insisting that success has to be tied to a broader set of metrics than money. It also has to mean leading the world better and addressing climate change." 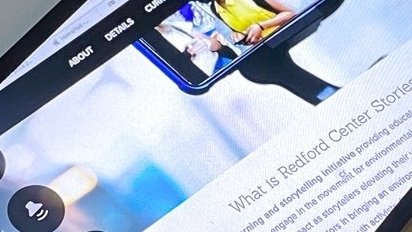 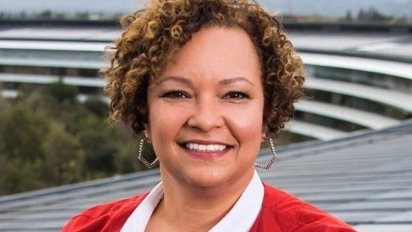 Lisa Jackson, Apple's vice president of environment, policy, and social initiatives, has been named to the New Jersey Council on the Green Economy, where she will work with other members to support the state's clean energy and climate goals.
By AppleInsider Staff | 7 months ago
0 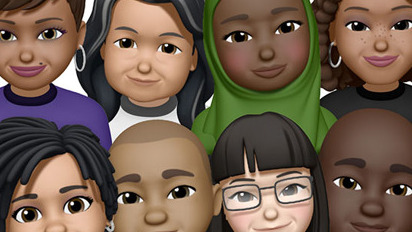 Apple on Monday partnered with The King Center to launch a second installment of "Challenge for Change," an educational series that urges youth to participate in community service programs.
By AppleInsider Staff | 8 months ago
0 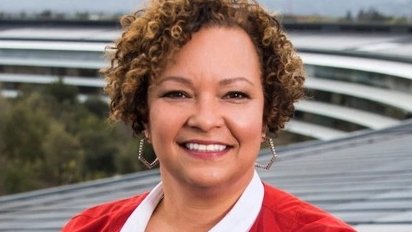 Apple environment and social policy chief Lisa Jackson says that she hopes the company's leadership in sustainability will inspire other businesses to follow suit in a new interview.
By Mike Peterson | 9 months ago
15 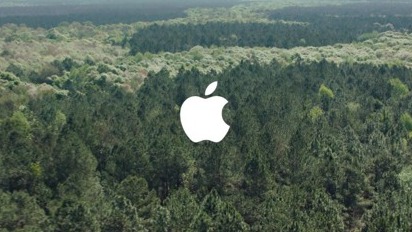 Apple has been crowned the Best Green Catalyst in the RE100 Leadership Awards for its commitment to pushing supply chain partners toward carbon neutrality.
By Mike Peterson | 1 year ago
0 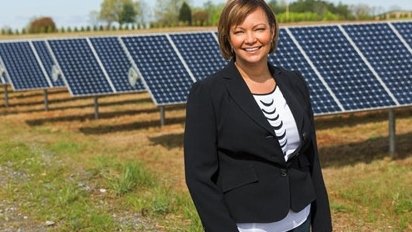 Lisa Jackson, Apple's VP of Environment, Policy and Social Initiatives, will appear virtually at a conference focusing on environmental sustainability in September.
By Mikey Campbell | 1 year ago
1 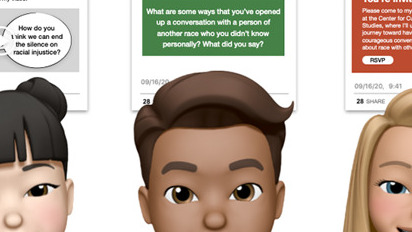 Apple on Tuesday shared a new guide for parents and teachers who are helping students address complex issues surrounding race.
By Amber Neely | 1 year ago 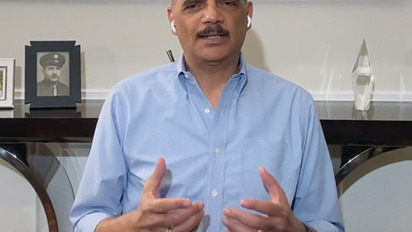 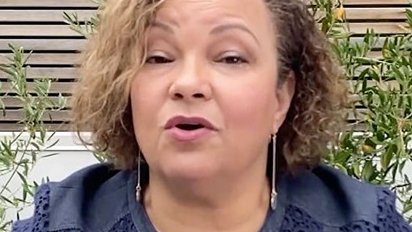 Apple Vice President of Environment, Policy and Social Initiatives Lisa Jackson appeared in the Earth Day Network's "Earth Day Live" livestream on Wednesday, where she briefly outlined the company's green initiatives and invited others to join in the fight against climate change.
By AppleInsider Staff | 1 year ago
14 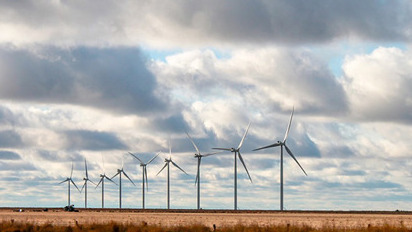 Apple, eBay, Samsung, and Sprint have joined forces to purchase clean power from a new wind farm owned and developed by Apex Clean Energy.
By Amber Neely | 1 year ago
19
Click to Load More