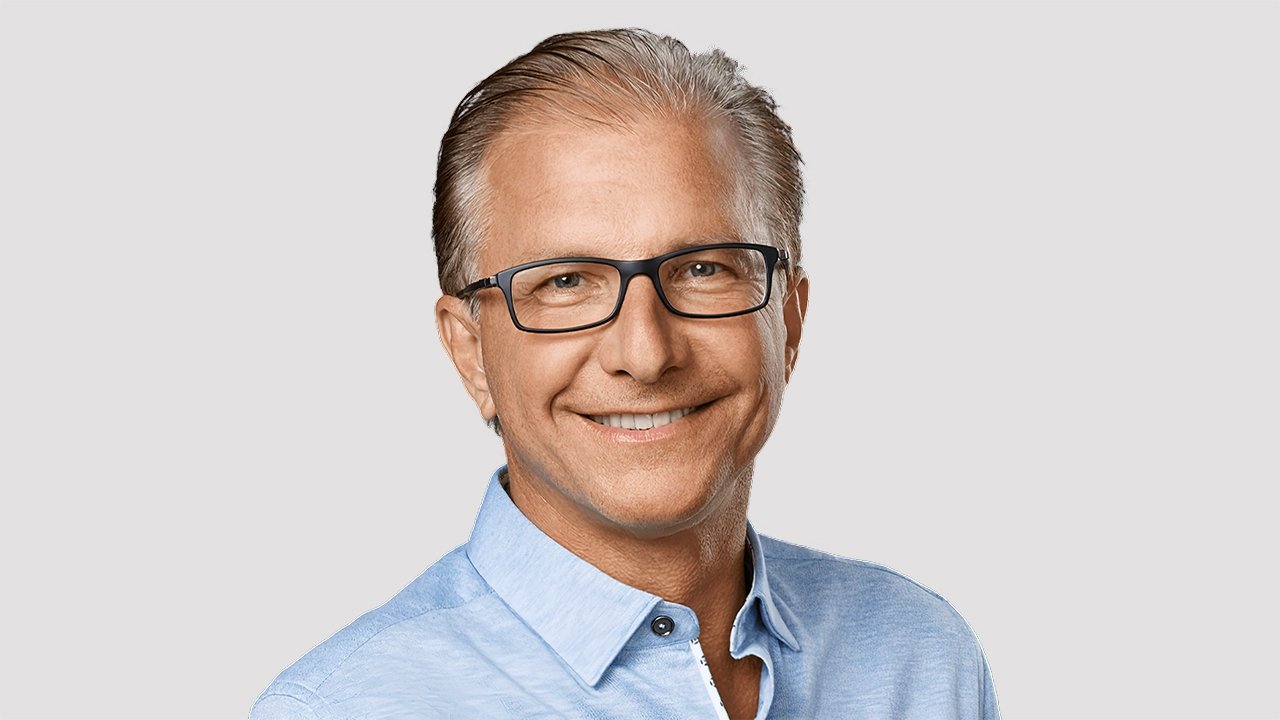 The nickname "Joz" has an unusual significance. While still an undergraduate, Joswiak never had a particular company in mind in terms of future employment – he didn't specifically target Apple. Instead, he set his sights on traditional computing roles. However, his undergraduate peers pointed out that his last name was a combination of "Jobs" and "Wozniak." That led to "Joz," which is similar to Steve Wozniak's nickname.

In an Alumni Spotlight article for the University of Michigan, Joswiak said the marketing function at Apple has two components. First, product management consists of working with executives and engineering teams to determine prices, feature sets, and more. Second, product marketing consists of working with the press, ad designers, and other "outward-facing" activities.

"My computer engineering background was an essential technical piece in filling this role effectively," he said regarding his earlier role as  Apple's product manager for consumer and education products. 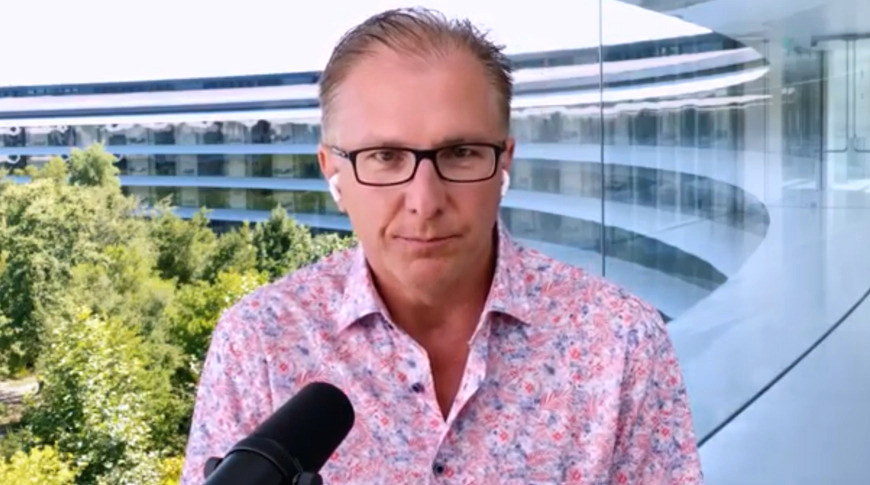 In 2020, Joswiak defended Apple's approach to the App Store's rules for publishers. They're stringent at best, such as enforcing in-app purchases made through Apple. In this case, Apple refused to approve a critical update to the Hey email app because developer Basecamp didn't integrate in-app options for the required $99 per year subscription. Basecamp's response sparked a debate over App Store fees and developer guidelines.

"We gave [developers] a way to get... worldwide distribution with the App Store, and it changed everything," he said. "[But] we try to pay attention to what our developers are saying."

Joswiak played a pivotal role in Apple's lawsuit against Samsung in 2018. As the first witness during the trial, he emphasized that design has been at the company core since the beginning. The company placed all its bets on design when conceiving the original iPhone.

"We were really risking everything that was making Apple successful at the time," he said. His testimony was only a sliver in an ongoing battle between the two phone giants as Samsung fought to reduce its monies owed to Apple.

During the same year, he boasted that the iPhone and iPad are nearly on par with the current console generations. The claim was based on Fortnite and PlayerUnknown's Battlegrounds that supports cross-play multiplayer with other console players and PC gamers. It's also consistent across multiple devices, whereas Android is fragmented in terms of hardware and software.

Joswiak graduated from the University of Michigan with a Bachelor of Science in Computer Engineering.

While working as a student computer consultant, a co-worker interviewed with Apple and suggested Joswiak would be a good candidate for an upcoming recruitment session in Michigan. Apple's recruiters met with Joswiak and signed him on in June 1986, placing him in a support group for the Mac.

Given his engineering skills, Joswiak took over the group just two years later in 1988. After that, Apple had him lead the communications aspect in its Developer group for third-party Mac app developers. Impressed with his combination of communication and technical skills, the company moved him to the position of product manager for its consumer and education products.

By 1997, Joswiak became the marketing head for Apple's Powerbook line. The company added hardware and mobile products under his leadership, including the original iPod in 2001. Despite lackluster sales after September 11, the device was a pivotal turn for Apple that signaled the upcoming mobile-first era.

By 2004, the iPod was in huge demand requiring Apple to separate it from all the other hardware and make Joswiak the new department's lead. The company added the iPhone and iOS in 2007, followed by the iPad in 2010.

"We saw the iPod and iTunes as something huge, the beginning of the post-PC era, and we identified the phone as a platform for the future that was ripe for reinvention,” he stated in an Alumni Spotlight for the University of Michigan. "Our goal is to make products that are more compelling, easier to use, and more portable than computers ever could be."

In 2016, he became vice president of Worldwide Marketing. Greg Joswiak was promoted to Senior Vice President in 2020 after Phil Schiller moved over to the Apple Fellow role. 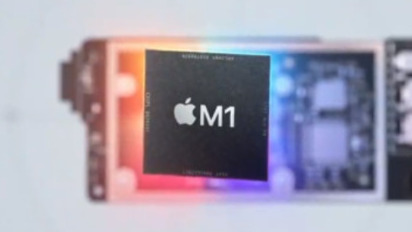 In a wide-ranging interview, Apple executives including Craig Federighi have revealed more information behind designing the Apple Silicon M1 — and discuss aspects like the future of Windows on the platform.
By Wesley Hilliard | 3 months ago
109 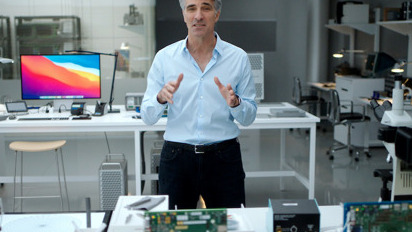 A trio of Apple executives sat down to discuss the first Apple Silicon M1 chip, the possibility of a touchscreen Mac, and more in a new interview.
By Mike Peterson | 3 months ago
8 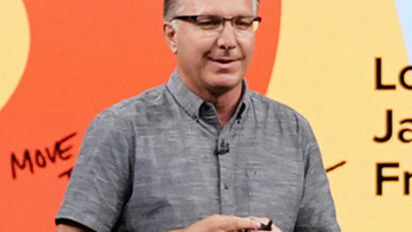 Apple on Friday updated its leadership webpage to reflect Greg Joswiak's replacement of Phil Schiller as Worldwide Marketing head, as well as to note Schiller's new role of "Apple Fellow."
By Mike Peterson | 4 months ago
2 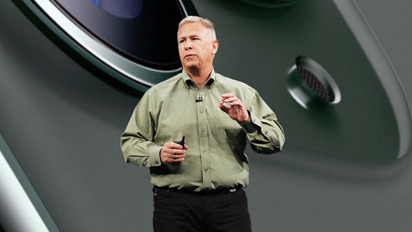 As a newly-minted Apple Fellow, Phil Schiller will continue to lead the App Store and Apple Events, with Greg Joswiak becoming the senior vice president of Worldwide Marketing.
By Mike Wuerthele | 6 months ago
23 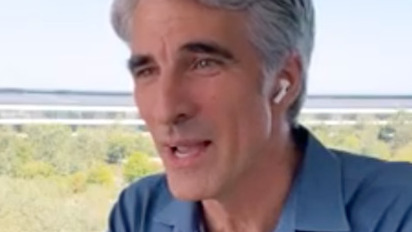 In what has become an annual event, Apple SVP of software engineering Craig Federighi and VP of product marketing Greg Joswiak sat down with John Gruber to discuss the new products, innovations and services announced at WWDC.
By William Gallagher | 8 months ago
24 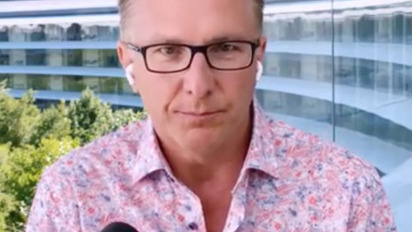 In a wide-ranging interview, Apple's Marketing head Greg Joswiak defends the overall App Store approach, but also says the company is paying attention to developers over issues in how the App Store handles distribution.
By William Gallagher | 8 months ago
3 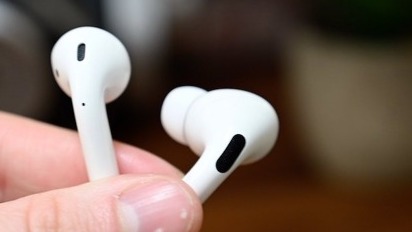 The success of Apple's AirPods line did better than the company "could ever imagine," Apple VP of product marketing Greg Joswiak claims in a profile on the audio accessories' popularity, one that also reveals extensive resources have been put into mapping ears.
By Malcolm Owen | 9 months ago
27 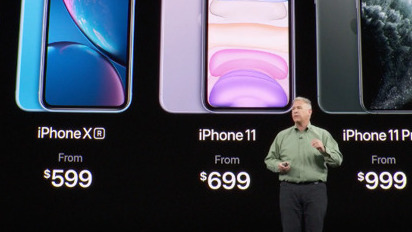 Editorial: Apple just told you that they aren't going to make an 'iPhone SE 2' any time soon

Editorial: Apple just told you that they aren't going to make an 'iPhone SE 2' any time soon

We didn't expect an "iPhone SE 2" at Tuesday's Apple Event, but what Tim Cook and company did show is a line-up with pricing that leaves no room for the return of the old style 4-inch iPhone.
By William Gallagher | 1 year ago
64 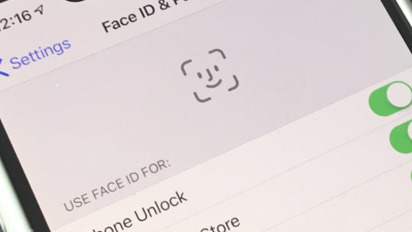 Ahead of the official launch of iOS 13's improved Face ID, Apple has been promoting the security benefits of all its biometric systems and Greg Joswiak says that Touch ID isn't going away any time soon.
By William Gallagher | 1 year ago
36 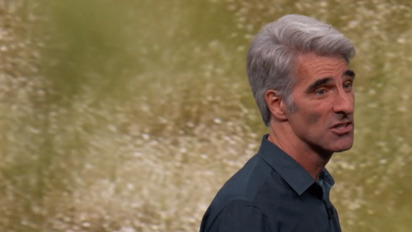 Following the Worldwide Developers Conference keynote, Apple executives Craig Federighi and Greg Joswiak went into more detail about Monday's announcements, including how the Mac Pro had to be 'something special,' and how iPadOS is less of a marketing ploy and more something that was needed for iPad as a platform.
By Malcolm Owen | 1 year ago
11