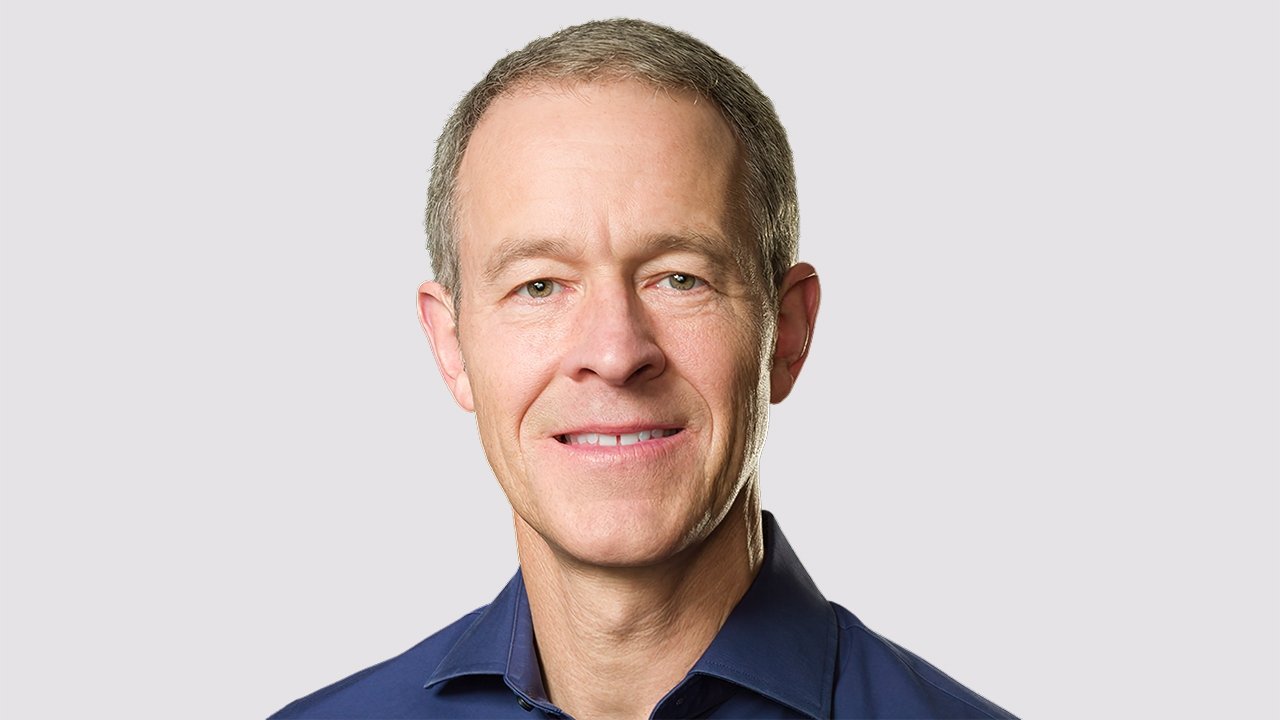 Jeff Williams is Apple's Chief Operating Officer, reporting directly to CEO Tim Cook. He joined Apple in 1998 as head of Worldwide Procurement and stepped up to worldwide operations of all products in 2010. The Apple COO played a key role in the development of the Apple Watch and continues to pioneer new advancements in health and medical research initiatives at Apple.

Like other influential executives at Apple, Jeff Williams joined the company right as Steve Jobs was working on a revolution. He left IBM and joined Apple as Head of Worldwide Procurement in 1998, despite Apple's near demise a year earlier. Now COO, he has taken on some form of Jony Ive's former role of design oversight. 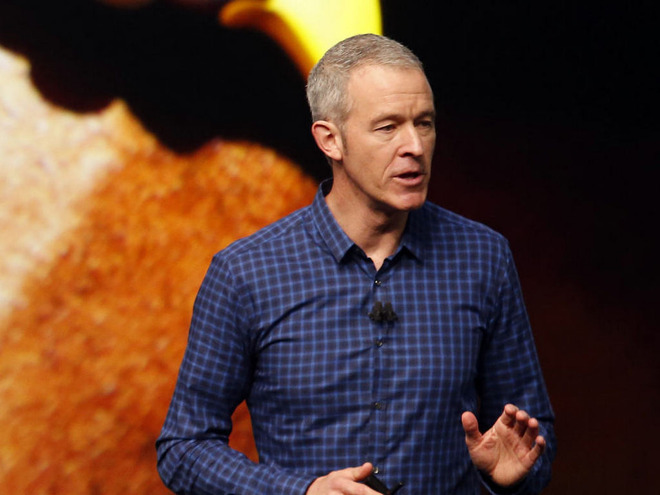 As Chief Operating Officer, Williams oversees the day to day operation of the company and reports directly to the CEO, Tim Cook.

The CEO is responsible for the entire company and its goals over time, making decisions at a more broad spectrum. The COO can be more involved in the company's day-to-day operations, acting as the "eyes on the floor" for the CEO.

Both Tim Cook and Jeff Williams have very similar styles of leadership, which, given their background commonalities, isn't unusual. Williams is different in his approach to product management, acting more hands-on with the product teams. This is likely because of his education in mechanical engineering.

We don't get to see Apple's COO speak very often. He usually does some presenting during Apple events, but Tim Cook handles the company's public speaking in most situations.

By operating in Tim Cook's former COO chair, with a similar background and leadership style, it is easy to see that Jeff might be next in line as CEO. Considering that Tim Cook and Jeff Williams are both very close in age, this speculation is still a little strange. More likely, Jeff would be a transitional placeholder as we await the next era in Apple leadership.

No, Not Chief Design Officer

With Jony Ive's departure from Apple, there was a huge leadership vacuum left in his wake. Ive's title, Chief Design Officer, may have been an honorary one and likely won't be used again anytime soon.

Williams is acting as oversight for design until the company places more permanent leadership. This means that Evans Hankey and Allan Dye, Vice President of Industrial Design and Vice President of Human Interface Design, respectively, report to the COO. 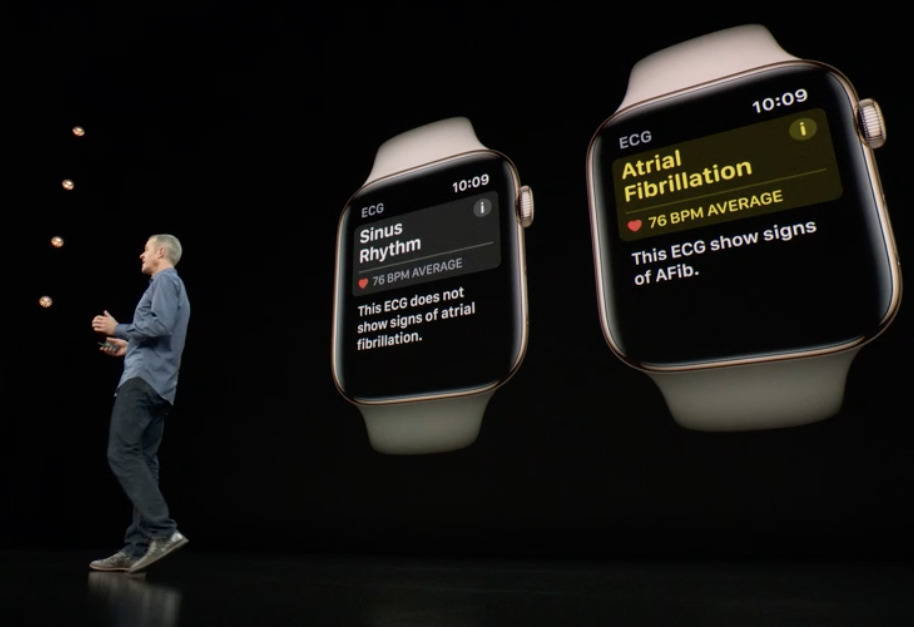 Williams is not new to design, as he played a part in the Apple Watch design and ultimate release.

Jeff Williams is a vocal advocate of Apple Health initiatives and has taken a lead role in their direction. The Apple Watch is a direct result of wanting further to democratize information to end-users such as health and fitness. A part of this information can and has saved lives.

In an interview with The Independent, the Apple COO spoke highly of Apple's role in health, saying:

"Every day I come into Apple, I love the impact we've had on people with our products. But when I got the first couple letters saying, 'this saved my life', it's just a whole different feeling. That's my octane for the day. And when we've got hundreds of millions of phones in people's pockets and tens of millions of devices on people's wrists, plus trust from customers, well, this is an opportunity we can't squander."

Not much is known about Williams' personal life. He is 59 years old and keeps to himself. He has a Bachelor of Science in mechanical engineering from North Carolina State University and a Masters of Business Administration from Duke University. The Apple COO grew up in Raleigh, NC.

He worked for IBM from 1985 to 1998, then moved to Apple to operate as head of Worldwide Procurement. In 2004, he was promoted to Vice President of Operations. Williams played a crucial role in the launch of the iPhone, then worked closely on Apple Watch's development. Jeff Williams is now COO, as of 2015, and may one day step in as CEO.

How Apple became a major player in health research 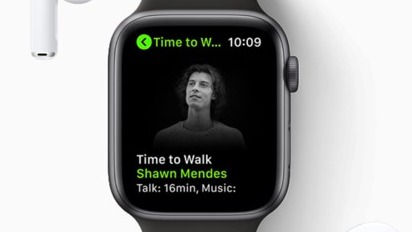 Apple Fitness+'s Time to Walk feature aims to encourage people to walk and connect with interesting people, Apple COO Jeff Williams and Fitness and Health technologies director Jay Blahnik, with the new Apple Watch addition meant to mimic going for a walk with someone.
By Malcolm Owen | 1 month ago
6

We were used to being in lockdown by now, and so was Apple. While still having no events, the company put out an extremely popular new 13-inch MacBook Pro, and did begin to reopen some of its stores.
By William Gallagher | 2 months ago
0 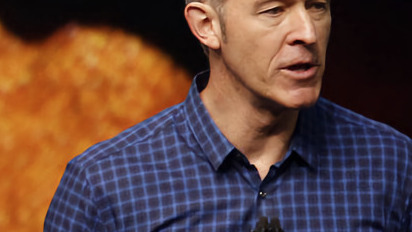 Apple's Jeff Williams says that supply chains are running well and that the company is optimistic about the future for the economy both for itself and for America as a whole.
By William Gallagher | 9 months ago
36 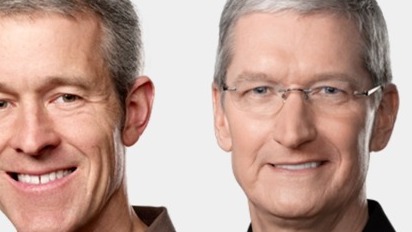 Apple Chief Operating Officer Jeff Williams has been touted as being very similar to CEO Tim Cook in terms of his management style in a profile article, which shouldn't come as a surprise to anybody. Despite claims that he is being groomed to replace Cook, it is unlikely he will be taking over as the company chief anytime soon.
By Malcolm Owen | 1 year ago
12 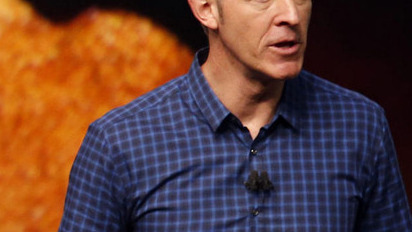 COO Jeff Williams — who's taking over for exiting design chief Jony Ive — is typically "more visible" in product development than CEO Tim Cook, a report said on Friday.
By Roger Fingas | 1 year ago
31 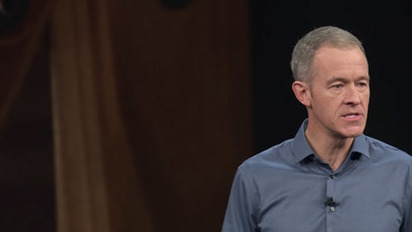 Apple COO Jeff Williams delivered a brief speech at at Elon University where he touched on a variety of topics including the rising cost of the company's products and inaccuracy of analyst cost estimates.
By Andrew O'Hara | 2 years ago
86 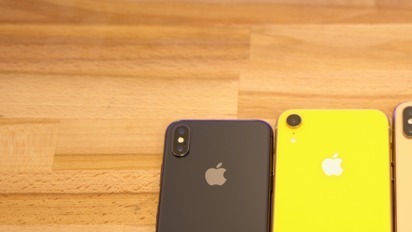 Apple tried to use Qualcomm modems in the iPhone XS and iPhone XR, but was refused

Apple tried to use Qualcomm modems in the iPhone XS and iPhone XR, but was refused

Apple Chief Operating Officer Jeff Williams testified on Monday that both the iPhone XR, and iPhone XS family were supposed to have modems from both Qualcomm and Intel, but Qualcomm refused to sell the company chips for the new models.
By Mike Wuerthele | 2 years ago
27 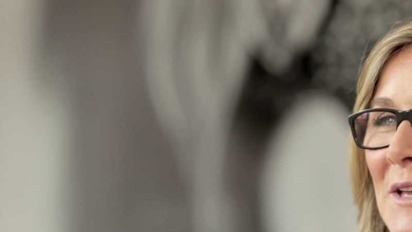 Apple executives receive over $30M each in vested stock bonus

Apple executives receive over $30M each in vested stock bonus

Members of Apple's leadership team on Monday reaped a batch of vested restricted stock units worth more than $30 million, a bonus for exceeding board-mandated performance metrics.
By Mikey Campbell | 2 years ago
25 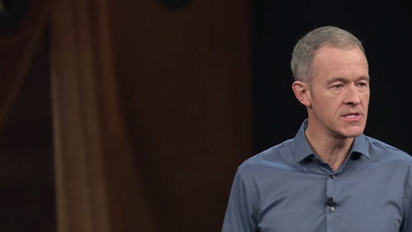 Apple executives net stock incentives worth up to $30.5M

Apple executives net stock incentives worth up to $30.5M

Apple's highest-ranking executives last week received batches of restricted stock units as part of the company's incentives plan, with many leadership positions netting more than $30 million each.
By Mikey Campbell | 2 years ago
0 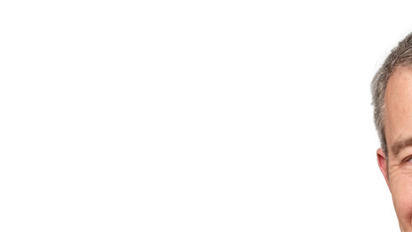 After Apple announced plans to infuse $390 million into U.S. firm Finisar as part of its $1 billion Advanced Manufacturing Fund, COO Jeff Williams commented on the company's investment strategy, saying the figure is "absolutely not" a final cap.
By Mikey Campbell | 3 years ago
8