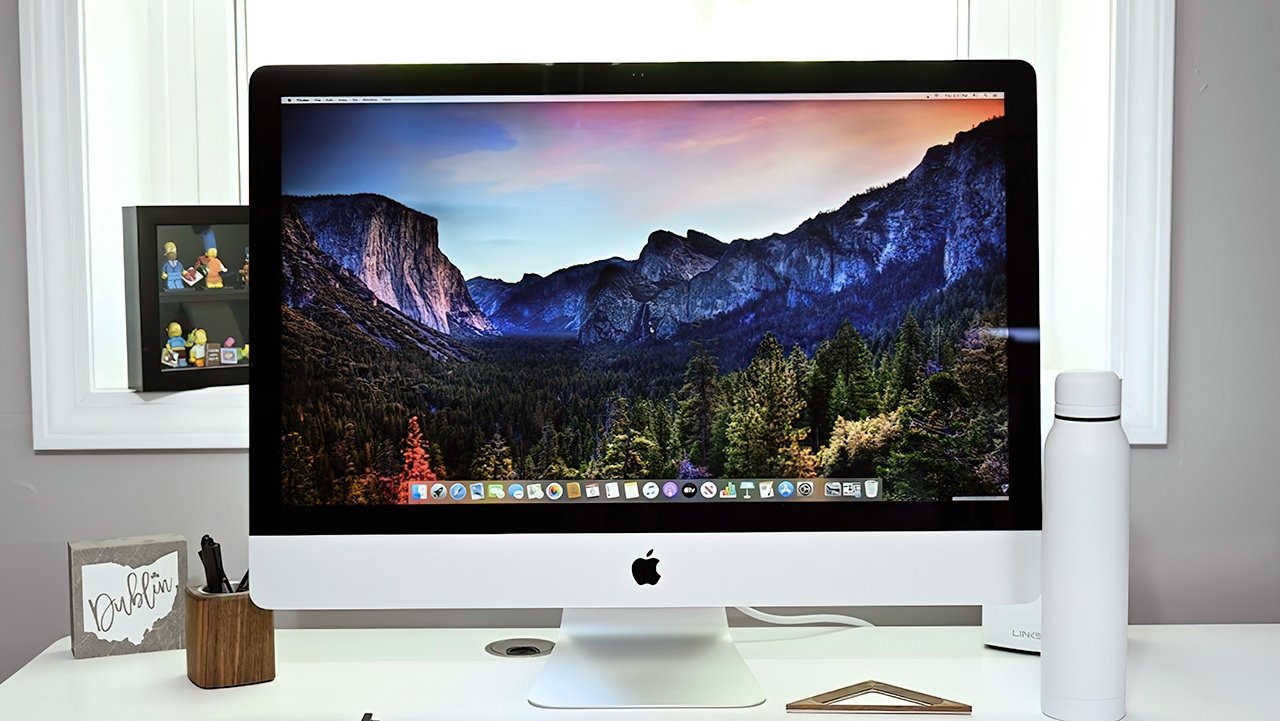 The 27-inch iMac 5K was announced as a significant revision to the iMac line in 2014. The iMac has always been an essential product for Apple and continues to be popular with consumers thanks to its "all in one" unibody design and prosumer power. Rather than releasing a redesign with the M-series processors, Apple discontinued the 27-inch iMac in March 2022.

For years, until the recent advent of iMac Pro and Mac Pro, the iMac was seen as the professional's desktop Mac. Its sizable 5K display and powerful graphics options made it powerful enough for most development and production. The 27-inch model hasn't been updated with Apple Silicon processors, but that may change soon.

The 27-inch iMac was discontinued in March 2022, but that may not be for long. Rumors indicate that Apple could announce a new iMac with high-end processors. It would have a new design similar to the 24-inch iMac with improved external monitor support and a mini LED backlight.

For now, Apple released the 27-inch 5K Studio Display. It is essentially the same display panel as the 5K iMac, but designed to look like a cross between the 24-inch iMac and the Pro Display XDR.

While the 27-inch iMac has gone through a few updates, nothing about the external design has changed since its 2014 release. The frame features a 5mm tapered casing with a large hump on the back to house the internal components and a prominent chin under the screen.

Despite a pixel-dense screen and ever-more-powerful graphics and chipsets, cooling hasn't changed, either – slotted exhaust holes run across the bottom of the screen. All ports and the power cable connect in the back, and the stand has a hole to allow for cable management.

By default, the 27-inch iMac comes with 10th-generation Intel i5 and i7 chipsets.

The base model comes with a Radeon Pro 500-series GPU, which significantly improves the previous generation's base GPU. Upgrade to the Radeon Pro 5700 XT, which is in shouting distance of the iMac Pro's Vega 56, and you will have a powerful graphics machine without jumping up to the much more expensive iMac Pro.

The 27-inch iMac has a rear door below the power cable to add or change the installed RAM. Users can upgrade the RAM up to 128GB and use cheaper third-party solutions.

Internal storage is fixed to the logic board and cannot be removed or upgraded by the user. Storage is available in 512GB, 1TB, 2TB, 4TB, and 8TB configurations, and the 4TB and 8TB versions connect the extra storage via cable and expansion mount. The expansion mount isn't present in the lower storage options.

Even if users detached the storage and soldered in new storage, the system would reject it, as the logic board and storage are paired in hardware at installation.

The 27-inch iMac has two Thunderbolt 3 ports, allowing two 6K monitor connections, including the Pro Display XDR. These versatile ports also allow for fast data transfer speeds, meaning external memory is limited only by its data transfer speed as if it were hard-wired.

If you are not a fan of the included iMac stand, you can remove it and add a VESA mount. This allows for better control over the screen position because the installed stand does not offer much movement at all.

Apple discontinued the 27-inch iMac in March 2022 after an Apple event that announced the Mac Studio and Studio Display. The product may still be revived in the future with Apple Silicon processors.

On August 4, Apple updated the iMac line to align with other Macs released in 2020. The naming scheme shifted to be more standardized to address the display size, not the resolution.

The 27-inch iMac can now be configured with a nano-texture display for an additional $500. It comes with the latest 10th-generation Intel processors and now has the T2 for added security.

The iMac saw a new performance update in March 2019, while in the iMac Pro shadow, it still held steady as the budget-minded pro desktop. This iMac can fill most consumers' needs with the option to go all out and add an i9 processor and new Vega graphics.

While rumors had circulated that 2019 was the year for a new iMac design, we still received the same tried-and-true 2012 model. Concerns persist that this old design will limit thermal overhead, which may necessitate a change in design.

Also, additional USB-C ports were missing in the update. The same two Thunderbolt 3 ports are present, but instead of more USB-C ports like in the Mac Mini update, it has the same 4 USB-A ports.

The 2017 update was a significant one that introduced massively improved Radeon graphics options and Thunderbolt 3 spec ports.

In 2015, Apple introduced the 21.5-inch iMac 4K with various upgrades that were passed to the iMac 5K, like new chipsets, SSD options, and the P3 color gamut.

Also of note was the launch of Apple's new peripherals, rechargeable Magic Mouse, keyboard, and trackpad, which were included in the box.

In October, Apple held its 2014 product keynote with viewers hoping for some upgrades to the ill-fated 2012 Mac Pro. Instead, we got the iMac 5K, a powerful machine with a new display.

Touted as having the highest resolution of any display at the time, Apple was quick to brag about the new timing controller and display panel they had to build from scratch to make such a display work.

Offering Intel Haswell CPUs, the machine could perform tasks without issue, even at the entry level. However, the base-level 8GB of RAM struggled with some more intensive tasks, requiring users to upgrade or add RAM after the fact.

A maxed-out iMac 5K costs $8,799 and would likely perform better than the same-priced iMac Pro.

Since macOS isn't known as a gaming platform, the iMac 5K isn't a good choice for a gaming machine. But if you already own one and want to use it for gaming, you could install Windows through Bootcamp for a decent gaming experience.

Does the iMac 5K have a touchscreen?

No, Apple doesn't offer touchscreens on any Macs.

Is the iMac 5K upgradeable? 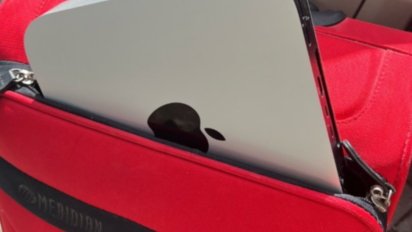 Of course, you are never going to cart around a 27-inch iMac Pro to use on your lap during a daily commute to the office. But you're also never going to buy a MacBook Pro for one weekend away because with a little effort, you won't need to — any Mac can be made portable, or at least transportable.
By William Gallagher | 4 months ago 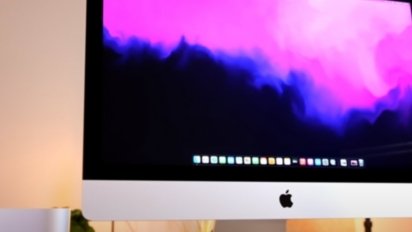 After realizing Apple's new Studio Display features a similar panel to Apple's 27-inch iMac, a clever YouTuber sets out to prove it's possible to DIY your own 5K display.
By Amber Neely | 6 months ago
16 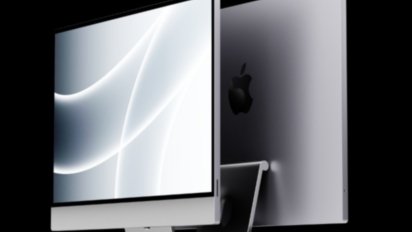 Apple is rumored to release a new iMac with a 27-inch display relatively soon, and it may resurrect the iMac Pro name to do it. Here's what it may look like, and what to expect.
By Wesley Hilliard | 10 months ago
62 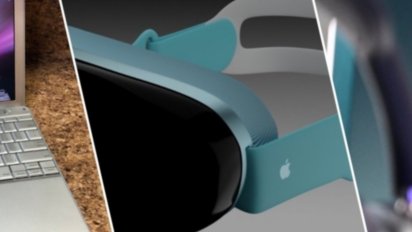 On this week's episode of the AppleInsider Podcast, your hosts discuss new rumors about a 27-inch Apple Silicon iMac, go over our new renders of the Apple VR headset, and highlight iPhone apps for travel.
By Stephen Robles | 11 months ago
0 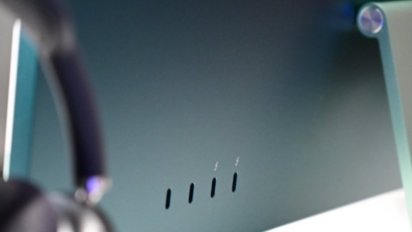 A new report says that suppliers have begun producing Apple's updated 27-inch iMac, and that it will not feature a mini LED screen — but will come in many colors.
By William Gallagher | 11 months ago
31 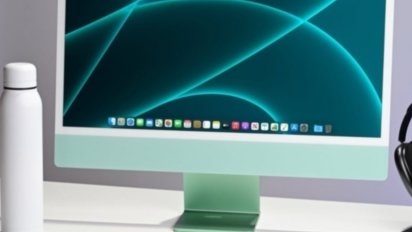 An updated version of the 27-inch iMac with Apple Silicon and a mini-LED display is allegedly getting closer to release, with suppliers said to be preparing small shipments of parts for the model.
By Malcolm Owen | 11 months ago
10 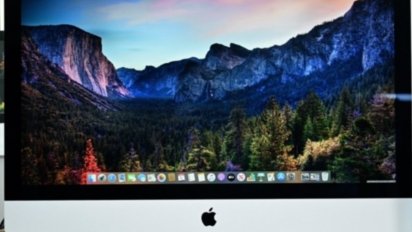 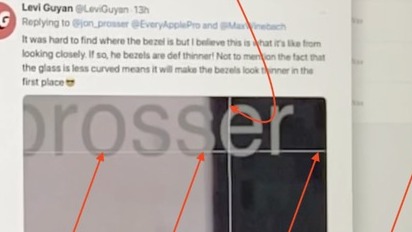 A very small number of 27-inch iMac users are reporting issues with their Mac's graphics, with some encountering random screen glitches in the form of lines appearing on the display.
By Malcolm Owen | 2 years ago
10 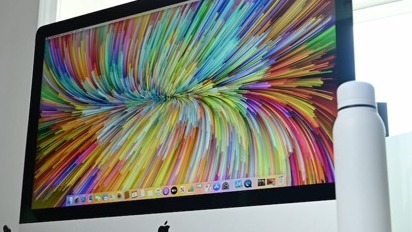 Among other new features, the recently refreshed 27-inch iMac offers a Nano Texture display finish for the first time. But is it worth the $500 price of admission?
By Mike Peterson | 2 years ago
18 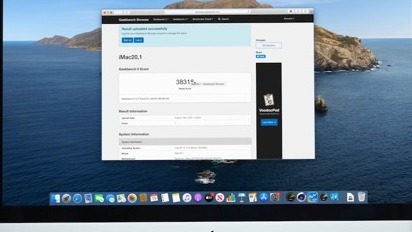 The recently refreshed 27-inch iMac offers a lot of power and capability for the price, in the same chassis that it has used for years. How does the new model's thermal performance under load stack up?
By AppleInsider Staff | 2 years ago
24