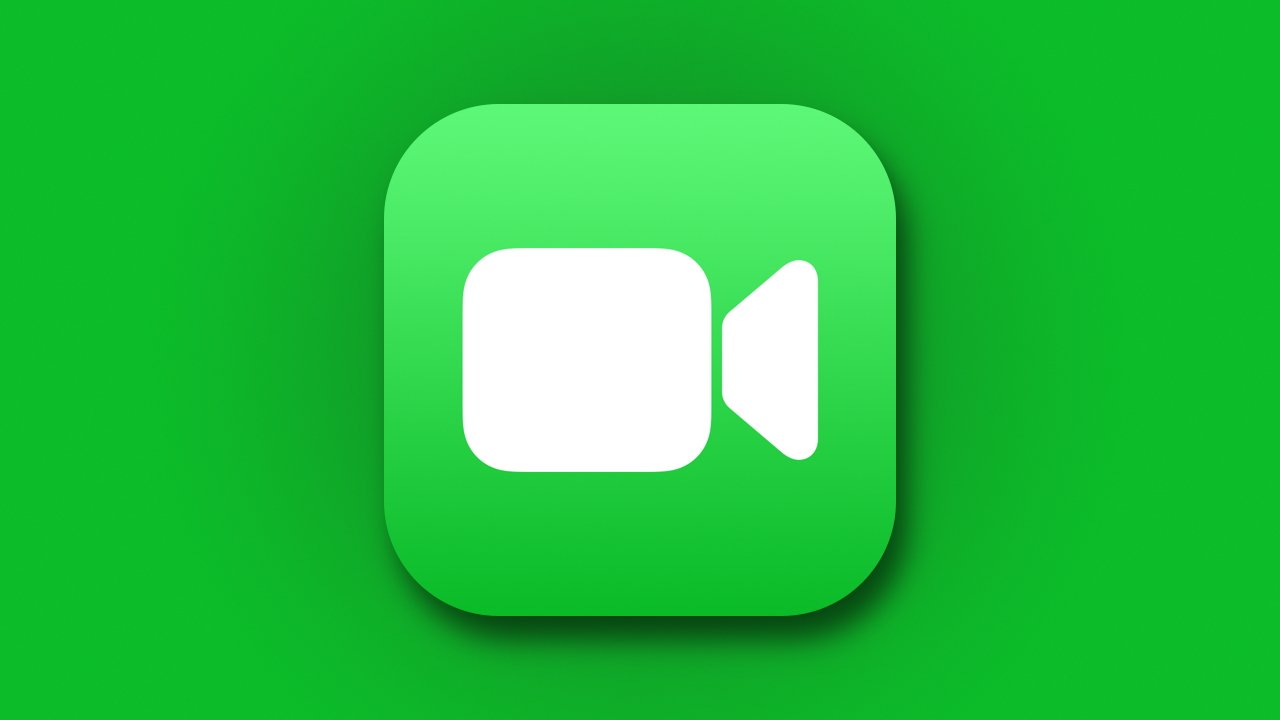 FaceTime allows users to make audio and video calls using their Apple devices. It is end-to-end encrypted and cannot be intercepted or recorded by an outside party. The service uses the internet to make calls rather than traditional phone networks.

FaceTime is a proprietary calling system first introduced at WWDC in 2010 alongside the iPhone 4. Steve Jobs famously stated that the protocol would be available across the Apple ecosystem then later be made open source, which never occurred.

FaceTime and iMessage are associated with Apple lock-in. The services tend to attract outside customers seeking compatibility with Apple devices. People without these communication tools can often be left out of group chats or social interactions, which pushes users to stay within the Apple ecosystem.

FaceTime calls can be made from any Apple device using video or audio. Calls are made over the network connection and utilize end-to-end encryption for all video and audio content passed over the call.

Video calls are completed using the front or rear cameras on a device and are limited to 1080p. The calls use H.264 video and AAC audio for the highest possible quality without call lag.

Users can also take Live Photos while on a call using the shutter button in the corner of the call. You can disable this feature within settings.

With Apple's 2021 operating system updates, FaceTime gets a few new tricks that improve the quality of the call. Users can isolate their voice over the microphone using a system-wide voice isolation toggle in Control Center. This forces the in-device mic to drop off any noise not coming from the speaker.

A background effect filter using the artificial Portrait mode algorithms is also available via Control Center. The FaceTime camera will attempt to focus on the speaker's face and blur out any background.

When in any FaceTime Video call, group or one-to-one, users have access to special effects and stickers. Users can replace their head with an Animoji or Memoji avatar, and it will use face and head tracking to display the animations in real-time.

iMessage stickers are also available in FaceTime, allowing users to place them around the chat window. Using the same face-tracking tools as Animoji, the stickers will remain wherever they are positioned relative to your head.

These specific effects are limited to devices with Face ID since it uses their infrared sensors to perform head tracking and face mapping.

In iOS 12, Apple introduced group video calls to FaceTime for up to 32 people. When in a standard FaceTime call, you can tap on the "add people" button to add multiple participants to the call.

Users with an iMessage group chat can also start a group call right away by selecting "FaceTime" from the messages menu. This will call everyone in the group chat at the same time, and they can choose to join or not. While a call is active within an iMessage group, users can enter or leave the call as they like.

Users with Apple Watches or devices that cannot run iOS 12 or macOS 10 can join the group calls, but will not see the UI or have video.

The iOS 15 update allows users to change the floating image design into a standard grid of callers. A speaker will be highlighted with a white box and slightly larger image.

A new system for sharing media content over FaceTime was introduced during the 2021 WWDC, and it is called SharePlay. The feature works with iOS 15, macOS Monterey, iPadOS 15, and later.

Apple showed off using SharePlay to watch Apple TV+ content and share Apple Music during a call. Third-party app developers can target the API as well, so YouTube or TikTok can take advantage of this social feature.

With iOS 16, SharePlay can also be initiated from an iMessage group chat. This eliminates the need to have a continuous phone call active for the feature to work.

Apple uses end-to-end encryption for its consumer-facing communication tools like iMessage and FaceTime. This means that every call made or message sent is private, and no one can listen in, not even Apple.

Calls made with FaceTime audio or video are not recorded and cannot be tapped or intercepted. Apple keeps track of who was called for up to 30 days. It does not record any call durations or whether the call was answered.

Apple's encryption for communication services has never been hacked or broken. The United States government, and more specifically, the FBI, have challenged Apple on their encryption practices on multiple occasions. Some segments of the U.S. and other countries' governments have argued that encrypted communications for civilians are unnecessary and damaging to police investigations.

There have been multiple instances where law enforcement tried to compel Apple to break its encryption or offer governments a back door, but the company has not budged.

Some governments have regulated FaceTime video calls, leaving some countries without access to the service. For example, some Middle-Eastern countries tap and trace calls to combat terrorism, and VoIP calling is banned, especially if they are encrypted.

Apple enabled FaceTime in Saudi Arabia and Pakistan after the countries eased regulations. The service is still not available in the United Arab Emirates, and there are no signs of the ban lifting soon. 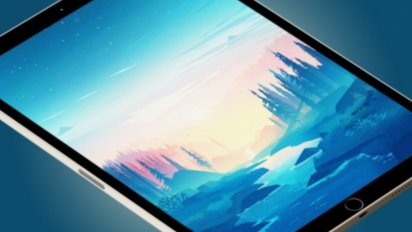 A sketchy rumor claims the 10th-generation iPad could gain two big changes, with Touch ID migrating to a side button while the FaceTime HD camera could move to another side of the display.
By Malcolm Owen | 3 months ago
8 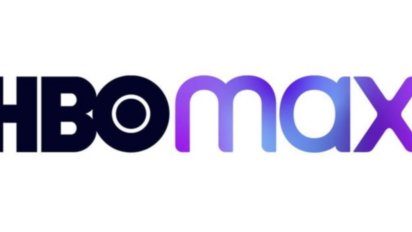 The HBO Max app has gained SharePlay support, allowing users to sync shows with friends and family during FaceTime calls.
By Amber Neely | 3 months ago
0 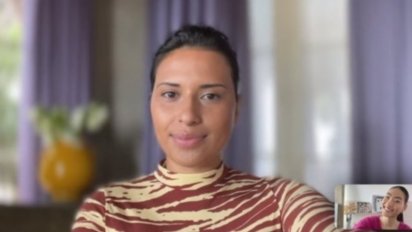 If you want to make a video call on FaceTime but don't want to show an untidy room, here's how you can set your iPhone, iPad, or Mac to blur the background.
By Malcolm Owen | 4 months ago 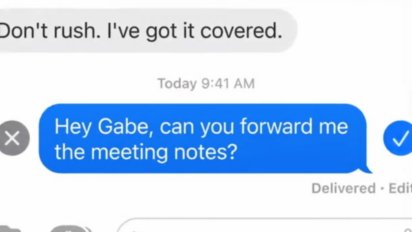 There are many alternatives to iMessage, and most are completely cross-platform. If you want to communicate securely with your Windows and Android-using friends, here are your best choices — and what the limitations of each choice are.
By AppleInsider Staff | 5 months ago 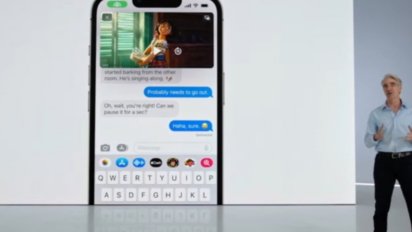 The feature that allows you and your friends share a movie or music experience in sync in FaceTime, will come to Messages in iOS 16.
By Darryl Boxberger | 5 months ago
0 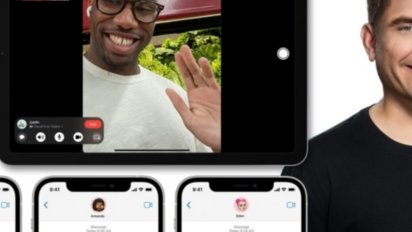 On this special episode of the AppleInsider podcast, we interview former Apple lead engineer, Justin Santamaria, who worked at Apple for almost a decade and was responsible for the launch and development of iMessage and FaceTime.
By Stephen Robles | 7 months ago
0 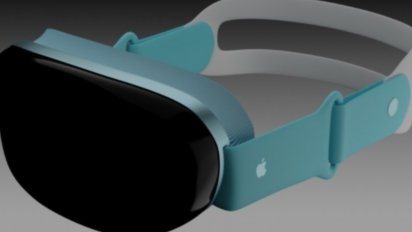 The Apple VR and AR headset could take advantage of Memojis to provide a great FaceTime experience, a report offers, with SharePlay providing a communal experience in a digital world.
By Malcolm Owen | 9 months ago
6 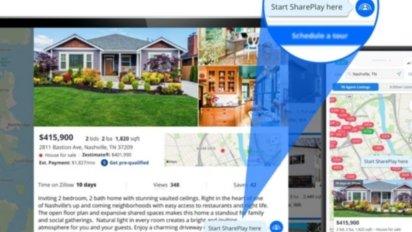 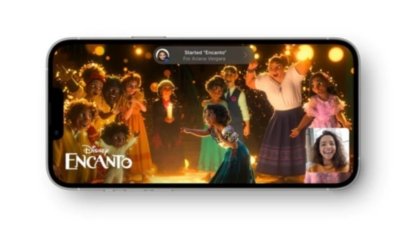 Disney announced that it has updated the Disney+ app across iOS, iPadOS, and tvOS to add SharePlay support, allowing Apple users to watch content together via FaceTime.
By Mike Peterson | 11 months ago
1 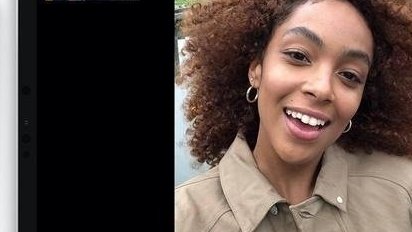 FaceTime suddenly starts working in UAE after years of blocks

FaceTime suddenly starts working in UAE after years of blocks

FaceTime is apparently fully functional in the United Arab Emirates, a territory that has persisted in banning Apple's video chat service over the last decade.
By Malcolm Owen | 1 year ago
6