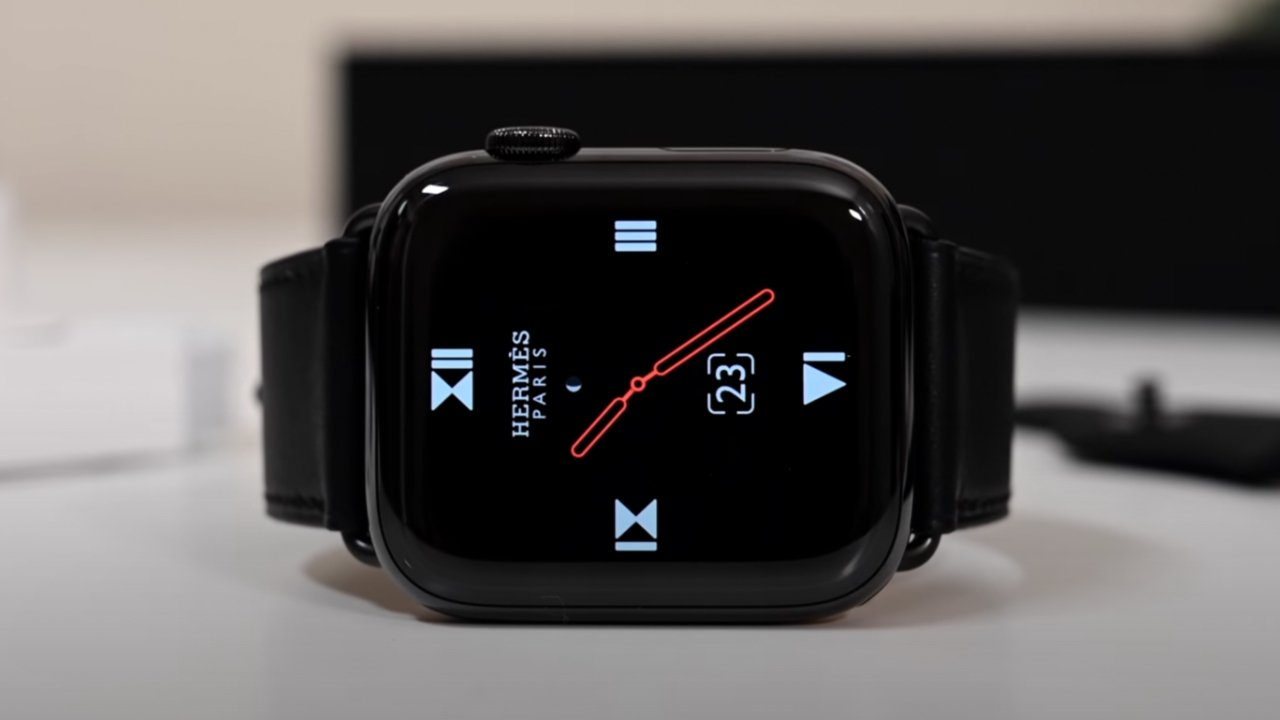 Review: The Apple Watch Series 5 leaves the competition in the dust

The Apple Watch Series 5 saw iterative but important updates in 2019. The addition of an always-on display, a built-in compass, and the software improvements of watchOS 6 made this a well-rounded but incremental upgrade. This Apple Watch also launched with all new materials and a new shopping experience called Apple Watch Studio.

AppleInsider reviewed the model shortly after its release and gave it a score of 4.5 out of 5.

Apple's Series 4 included an LTPO OLED Retina display, but it didn't have any hardware that allowed for an always-on display. This changed with the Series 5. The 2019 model allowed wearers to check the watch without needing an overtly obtrusive gesture or tap.

The improved ambient-light sensor of the Series 5 was key to making the Always-On display work correctly. The light sensor allowed the watch to be correctly lit for optimal viewing, no matter the environment.

Apple worked hard to make this a viable feature, allowing the display to drop the refresh rate down to as low as 1Hz and dim to conserve energy when in standby mode. These innovations allowed for all-day battery life despite the major addition of an always-on display.

The Series 5 received a storage boost, shipping with 32GB of internal storage rather than the previous 16GB. With the advent of watchOS 6, the Apple Watch now features its own separate App Store.

The extra storage is key, as the Apple Watch can be used entirely independently from the iPhone, at the cost of larger apps. This also means more music and podcasts can be stored locally without worrying about running out of space.

SoC stands for "system-on-chip" and functions as the heart and brain of the Apple Watch. It combines many components of the Apple Watch into a single chip, including the CPU. The S5 still boasts many of the same parts as the S4, including an identical CPU and 64-bit dual-core processor.

The S5 has received a few notable upgrades, including a built-in magnetometer, a revamped display driver, and a new power management chip. This allows the Series 5's screen to stay on all of the time while maintaining all-day battery life.

Starting with this model, Apple added a built-in compass, allowing users to see which direction they face when using walking directions. The compass also includes elevation, incline, and latitude/longitude information.

The Series 5 Apple Watch saw the return of the ceramic body from Series 3.

The ceramic body was made from a fine powder that is highly compressed before being polished to a high shine with a diamond slurry. This results in a clean, glossy white appearance that is naturally resistant to fingerprints and scratches.

New to Apple Watch was the introduction of titanium as a case material. Following in the footsteps of other high-end watch brands, Apple gave customers the option of either a silver or space black titanium case.

Titanium is a high-quality, highly-durable material, making the titanium watch an excellent choice for those who want a combination of form and function. Apple used a "natural titanium finish" that resulted in a brushed metal look.

The silver titanium body showed off this brushed appearance more than the space black version, which featured the same diamond-like coating that the stainless steel Apple Watch body employs.

As titanium is a porous material, Apple developed a coating that prevented yellowing and staining, ensuring that the titanium case looks good for years to come.

All Apple Watches in Series 5 ship preloaded with watchOS 6, which brought a plethora of new features to the Apple Watch. New features included a handful of new watch faces, stand-alone voice memos and calculator apps, and a dedicated App Store just for the Apple Watch.

Activity data was prioritized in watchOS 6, letting users gain new insight into their workouts and daily activity. Users can now see recent activity levels with their overall average to see if they've been doing better or worse in several categories.

This is designed to help motivate users to push themselves further and improve their health and give a big picture of their progress.

Noise works in the background to monitor the noise in a room, and even the volume of your headphones, to determine hearing health. Cycle is helpful for women who want to track and predict their mensural and fertility cycles without the need for shady data harvesting apps.

WatchOS 6 also enabled Core ML. It uses the Apple Neural Engine on Apple Watch Series 4, enabling faster processing of on-device inputs. This meant that everything could run smoother than before beyond an initial speed-up after it learned some user habits.

This prevents users from buying an Apple Watch and then a secondary band to replace the one their Watch ships with.

Apple no longer sells the Apple Watch Series 5, after the Series 6 launched in September 2020. Some third-party retailers still offer the 2019 model at a discounted price.

Before that, Apple Watch 5 prices had started at $399, and the Hermes Apple Watch started at $1249. Check out our Price Guide to find deals on the latest Apple products. 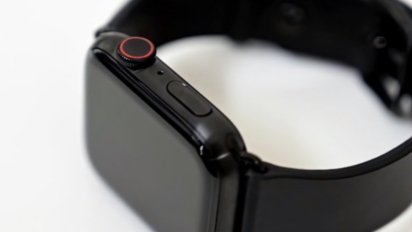 Dr. Thomas Ficho shared a story of how his Apple Watch automatically contacted emergency services after a home improvement mishap with the device's Fall Detection feature.
By Andrew Orr | 1 month ago
4 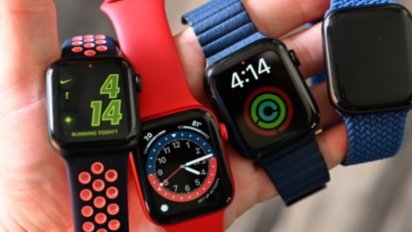 The final release of watchOS 8.7 featuring bug fixes is now available to download.
By Darryl Boxberger | 4 months ago
3 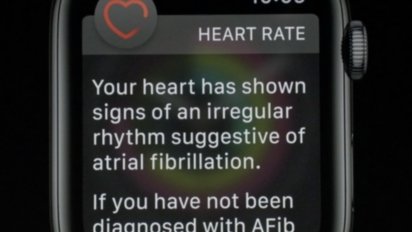 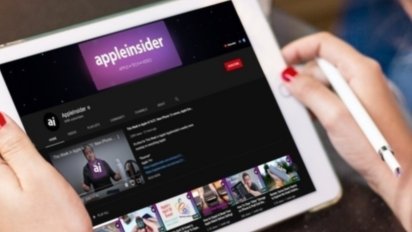 This week, the Beats Studio Buds launch dominated after multiple leaks, as well as the launch of Apple's back-to-school promotion, tweaks to AppleCare for some Apple Silicon products, and details of a black ceramic Apple Watch Series 5 that Apple worked on, but didn't release.
By Malcolm Owen | 1 year ago
0 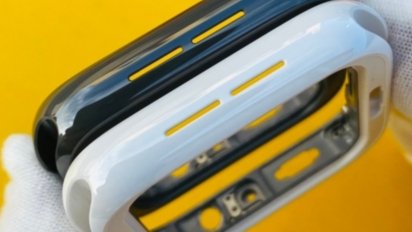 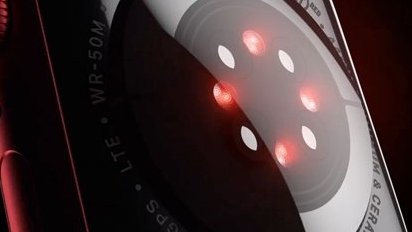 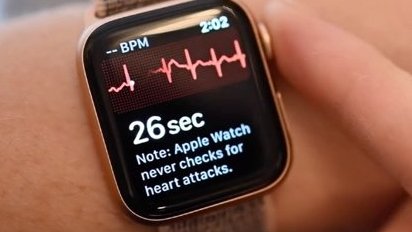 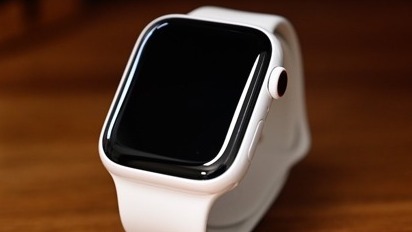 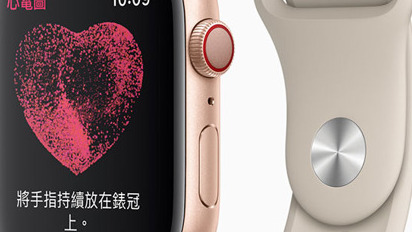 Apple on Wednesday announced plans to activate the ECG feature on supporting Apple Watch models in Taiwan with the upcoming iOS 14.3 and watchOS 7.2 software updates.
By Mikey Campbell | 1 year ago
1 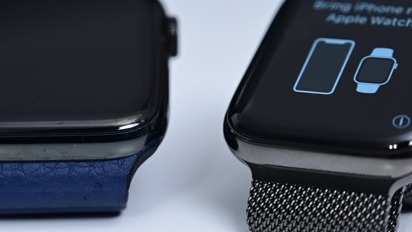 Along with specification changes, Apple also altered its darkest color option for the Apple Watch Series 6, switching out Space Black for Graphite. We check out how truly different the change is for those wanting an all-black Apple Watch setup.
By Malcolm Owen | 2 years ago
11